The Council House, seat of local government for the City of Birmingham

With the publicity that Birmingham and the West Midlands have received with the recent very successful staging of the 2022 Commonwealth games, my mind has gone back to a story that I was told in the late 1970s when I was a teenager in the city. It was during a period when I was living for a short time in Birmingham and employed in my first ever job at a tour operator’s office in Corporation Street. The tale was that a grand house, near to where I lived, had been owned in Victorian times by the onetime Mayor of Birmingham and MP, Joseph Chamberlain, father of the infamous Prime Minister Neville Chamberlain.

Nowadays, as a family historian, I know just which tools to use in order to investigate a snapshot of a house and its residents, but at that time I had no idea. One of the first recordsets to consult are the census records, as most researchers will know. If you are just setting out in the family history journey you would be well advised to look at those on TheGenealogist as they come with the benefit that for the years 1891, 1901 and 1911 (soon to be followed by later years) TheGenealogist has linked these census results up to its Map Explorer™. This powerful interface drops a pin onto the building, street or parish on the map of the area. With this resource making use of a number of georeferenced historical and modern maps, the Diamond and now also the Starter & Gold subscriber to TheGenealogist is in a much better position to see where their ancestors had once lived.

I know which house it was!

To see whether the house I’d been told about had actually been occupied by the Chamberlains, or at least who was living in the household on the various census nights, I first went to Map Explorer™ to find the house plotted on its maps. If you are doing a house history, or know the property that your ancestors lived in then you could follow this same process yourself.

I knew where the mansion that I was interested in was located in a suburb of Birmingham; it was therefore a simple matter to search for the road near to Moseley, Birmingham and then find the house that I was searching for.

From the landing page on TheGenealogist I selected from the Search dropdown menu: Map Explorer. With the Map Explorer™ interface opened I typed Queensbridge Road, Birmingham and Map Explorer™ placed a blue box around the identified road. 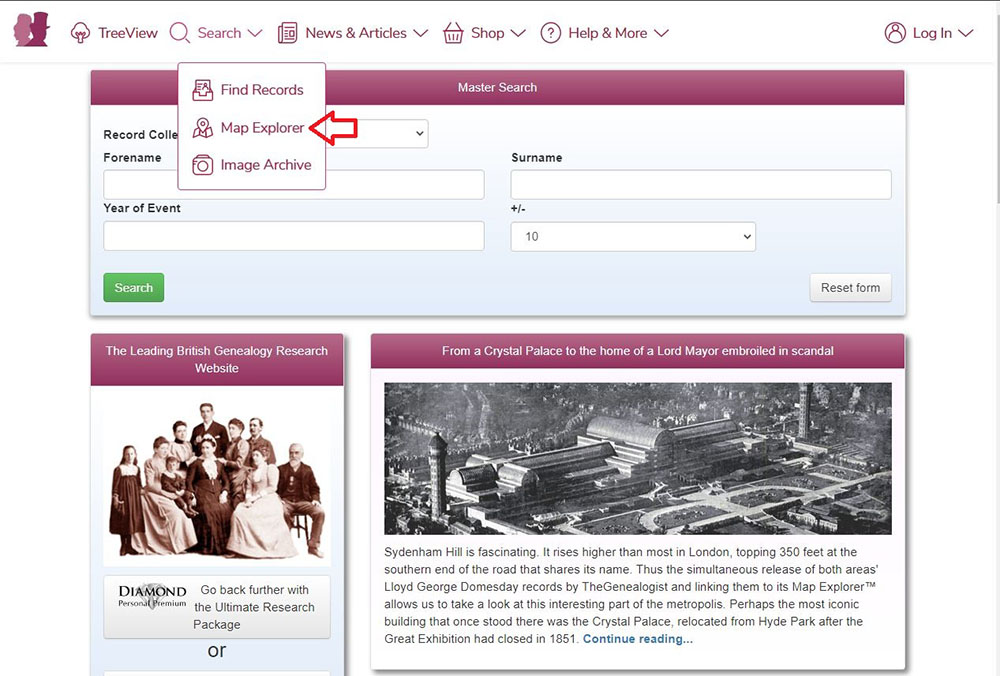 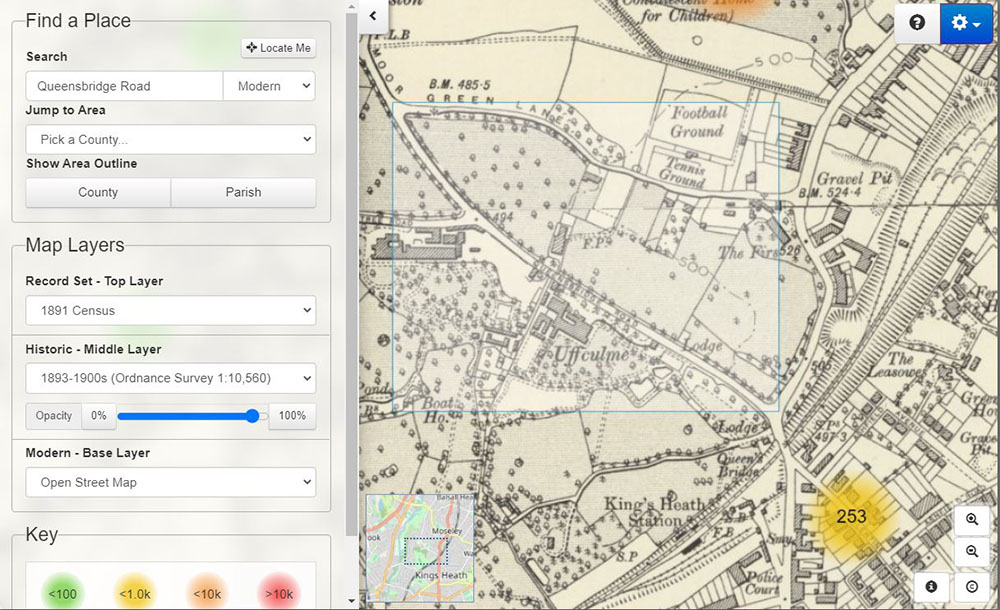 The maps on this tool for Starter, Gold and Diamond subscribers are all georeferenced as layers with a choice of modern and historical elements to choose from. The top layer can then be selected to display various record sets and using this control I began with the 1891 census and moved forward in time through the available census years to 1911. Each time I searched I located the pin on the house that I was investigating and opened the record to view the census transcript.

Where are they living?

An alternative way of searching, if you do not know where the property was located, but do know the name of your ancestor, is to search for where they lived. To do this then from the dropdown menu in the bar above the page select the option for: Find Records.

In my example I am looking for Joseph Chamberlain and so beginning with the 1891 census I carried out a search for Joseph Chamberlain born in 1836 +/- 1 year. The results returned me an entry in the King's Norton area of Worcestershire. Not fazed by the county not being Warwickshire as expected, I realised that this was obviously the right man. The reason was that at this time King’s Norton was still part of Worcestershire. What today we would consider to be Birmingham, West Midlands, was mostly in Warwickshire except for some parts, including King’s Norton, which fell into Worcestershire’s administration. It had not been until November 1911 and its transfer under the Greater Birmingham Act of that year, that this area of Birmingham would come to be regarded as a part of Warwickshire.

Having found Joseph Chamberlain and family, the transcript tells us that the house name was Highbury and shows us its location on a map. A click on this preview map will take us over to the Map Explorer™ so that we are then able to see the property in its neighbourhood.

Highbury, the home of Joseph Chamberlain found in the 1891 census records on the different layers of Map Explorer™

One of the children listed at Highbury in this 1891 census is the 22 year old Arthur N Chamberlain. He is better known to us as Neville Chamberlain. In 1901 Arthur N(eville) Chamberlain was the only member of the family at home in Highbury for the census. His occupation at this time was as a Ship’s Berth Manufacturer utilising brass and copper. I recall that while I was living in Birmingham it was often referred to by its inhabitants as being at the centre of the “metal bashing industry” and it appears from the census that Neville Chamberlain was a Captain in this industry sector. Searching forward to the next census we find the 42 year old Neville Chamberlain at 19 Highfield Road, Edgbaston in 1911, still recorded as a Ship’s Berth Manufacturer. With him in the household was his newly married young wife of 28 and four servants. Back at Highbury, Neville's half-sister, Beatrice, was the sole Chamberlain family member in residence on census night 1911. 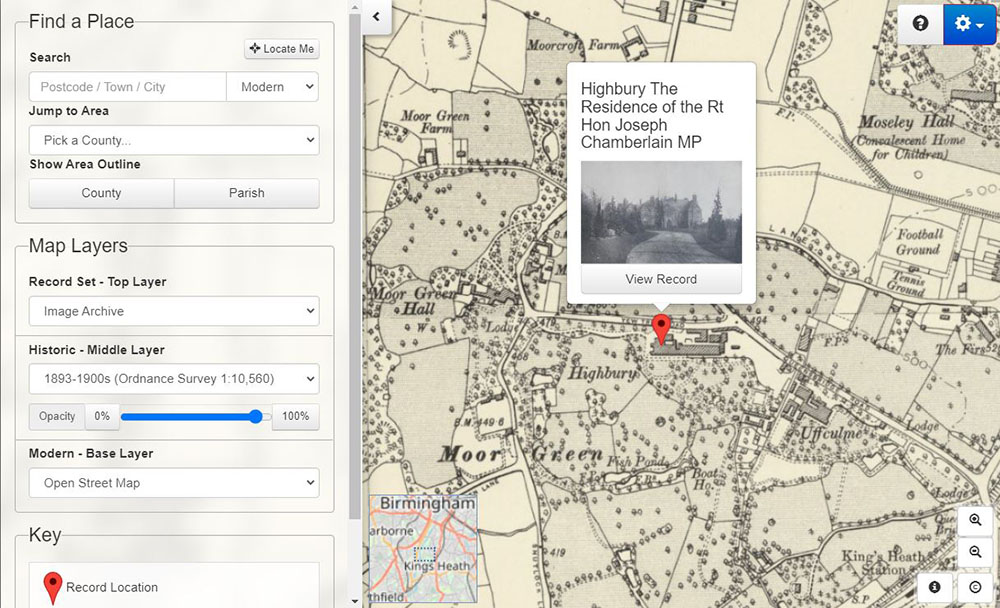 In this case, having found the Chamberlain family’s house – though you may have found your ancestor’s home and examined the neighbourhood on Map Explorer™ – it is then worth changing the Record Set to the Image Archive. This will show you by way of red pins on the map, any historical images that TheGenealogist has of churches, roads and other features in the surrounding area. Around Highbury and Moor Green there are the two local parish churches at Moseley and at King’s Heath. We can look at a road scene from the Alcester Road in King’s Heath, see a picture of Cannon Hill Park and most excitingly an old photograph of Highbury itself. One click of the View Record button will open a larger version of the picture that can then be downloaded by the researcher. 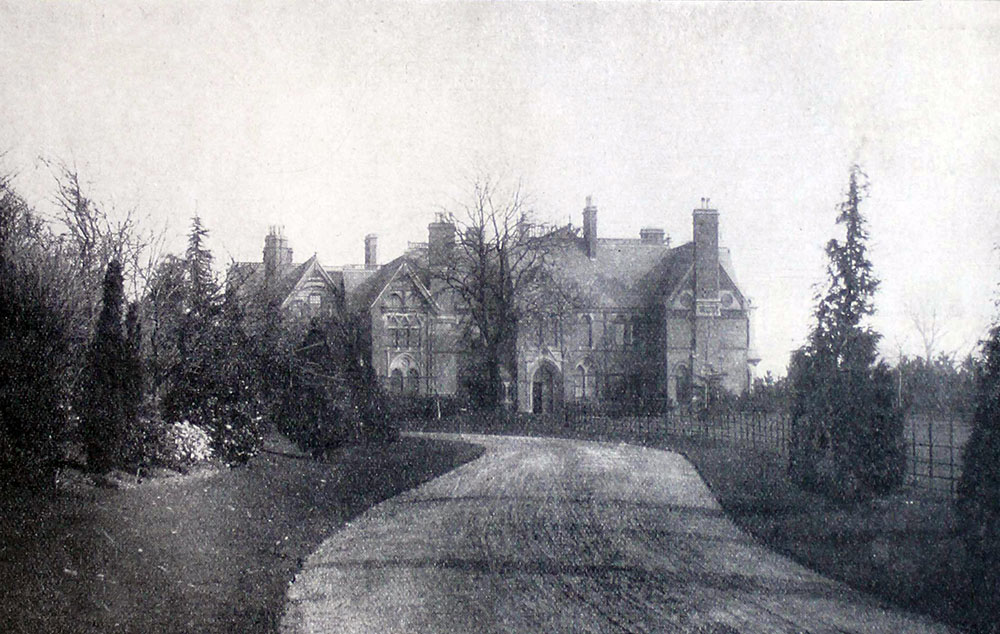 Highbury, the residence of the Rt Hon Joseph Chamberlain MP

To the north of the immediate area we see on the maps Moseley, a suburban residential and shopping area of South Birmingham. In Victorian times it was known as Moseley Village but its history goes back so much further than that. Using the Map Explorer™ to explore the area we are able to select Domesday Book 1086 as our Top Layer and this will populate the map with pins for any manorial entries from William the Conqueror’s great survey. Thus we can see that the Domesday book of 1086 records Moseley as a manor that had been in existence from before the Norman Conquest. Clicking through to view the record we find that The Tenant in Chief was none other than King William (the Conqueror). Previously, in 1066, its lord had been Earl Edwin, who online research tells us was the Anglo Saxon Earl of Mercia. The information from the database tells us that there were 20 Villagers or villeins; 92 Bordars or small holders; 9 male slaves and 1 female slave; 1 priest and 5 other miscelaneous people. 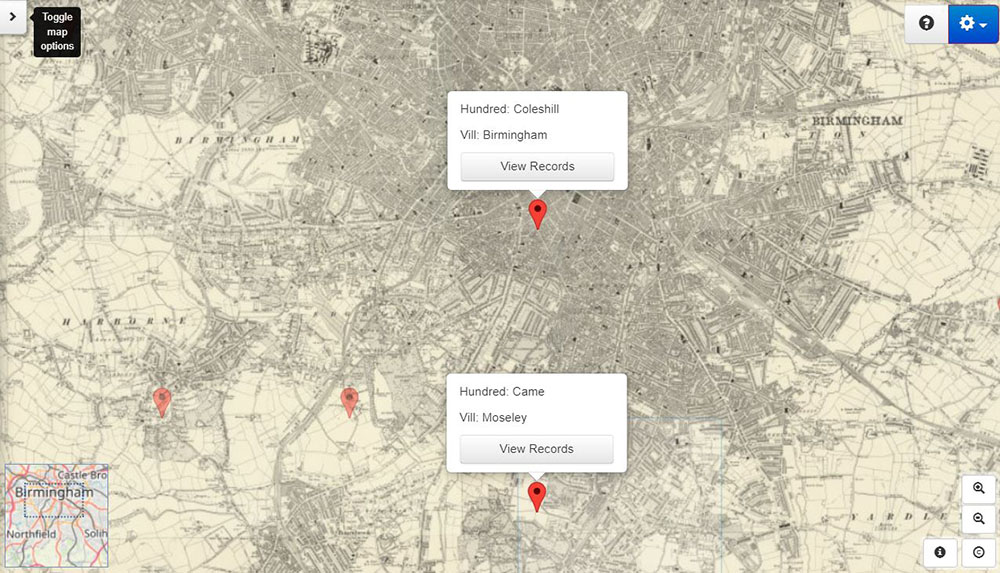 Manors identified from the Domesday Book 1086 on Map Explorer™

We can now view some of the other manors in the surrounding area and contrast Moseley with another small manor nearby. This second holding had only 5 villagers and 4 smallholders and was significantly smaller than Moseley with only 3 plough teams attributed to the holding, contrasted with 79 for Moseley. Moseley was also 30 times more valuable than the little manor that in 1066 had been held by one Wulwin as Lord of the Manor and by 1086 by Richard, who sub-leased it from William, son of Ansculf, as the Tenant in Chief.

What was the name of this poor neighbour of Moseley? Well it was Birmingham! Who would guess then that it would grow into England’s Second City and this summer host the Commonwealth Games? How ironic that the one time Mayor of The City of Birmingham, Joseph Chamberlain, had chosen to live in the quiet suburbs that Moseley provided over the bustling city centre that Birmingham had then grown into. Joseph’s son, Neville, who we found in the census as a Ship’s Berth Manufacturer in Birmingham, would also become Mayor of this large midlands city between 1915-1917. He would then move onto the national political stage as Prime Minister of Great Britain from 1937-1940 and be blamed for the Munich Accord with Hitler. A treaty that some later historians have taken a more favourable view of because of the unpreparedness of the county for war at the time.

From the 1891 census through to the 1911 census we have been able to find the home of one of the great political families from Britain’s Second City. We have been able to find local historical images pinpointed on the map from the Image Archive that included churches, streets and major houses. We have then gone back even further in time to locate the manors that had been spread across this area when William the Conqueror demanded his Great Survey be carried out and seen that Birmingham has actually grown out of an insignificantly small manor to be the vibrant large city that it is today.

All Starter, Gold and Diamond subscribers of TheGenealogist can use the various record layers that have been used here to explore their own ancestors’ areas on the powerful Map Explorer™ while Diamond subscribers also have access to the 1939 Register, the Lloyd George Domesday records from 1910, Tithe records, Headstones as well as the War Memorials.