Gareth Malone - Who Do You Think You Are?

Discover how deep music runs in his blood

Gareth Malone was born into a family of Irish descent as the only child of James and Sian Malone who had met at their local Gilbert and Sullivan society. Growing up in London until he was 10, his father James Malone was a bank manager originally from Parkhead in Scotland where his childhood in the 1940s and 1950s was spent in a tenement. His English mother Sian who had studied music as a child and played Vivaldi on the stereo to her unborn child while pregnant with her son, worked in M&S and then the civil service.

From London the family moved down to the south coast and Gareth was educated at Bournemouth School where, because of his passion for singing, he was "bullied mercilessly" at school. He sang with the Symphony Chorus of the Bournemouth Symphony Orchestra (BSO) and he studied drama at the University of East Anglia, Norwich, where he was in the university choir and composed music for theatre productions. After graduating he gave private tuition and then applied for a postgraduate vocal studies course at the Royal Academy of Music; he passed with distinction in 2005. In marriage records on TheGenelogist we can find his parent's marriage although his mother's name has been recorded by the registrar as Shan and was born in 1952.

Until December 2009, Malone worked for the London Symphony Orchestra at LSO St Luke's where he ran their youth choir and community choir. Whilst working at the L.S.O., Malone was awarded the position of Edward Heath Assistant Animateur in 2001. He entered television work when approached by 20/20, a production company which wanted to make a series about singing in schools. Without knowing who could front the programme they had researched the term "community choirmasters" and discovered Malone's name. The Choir was the result and won two BAFTAs 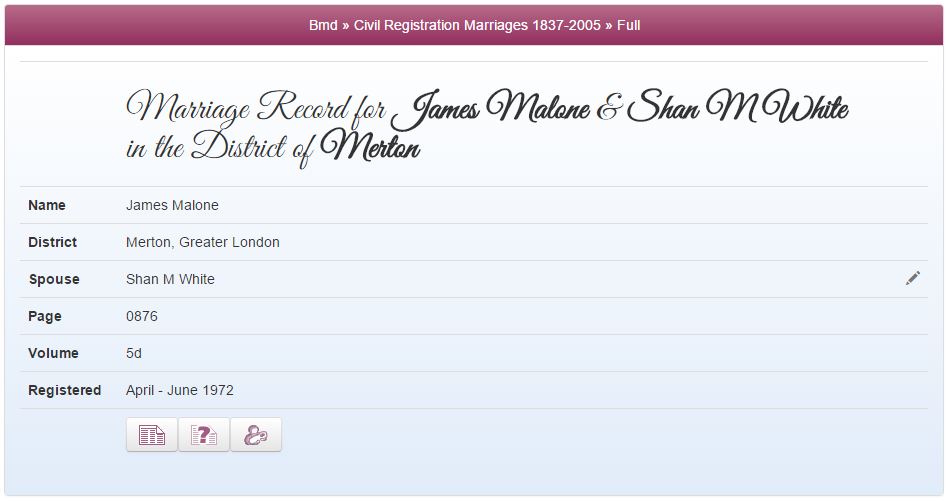 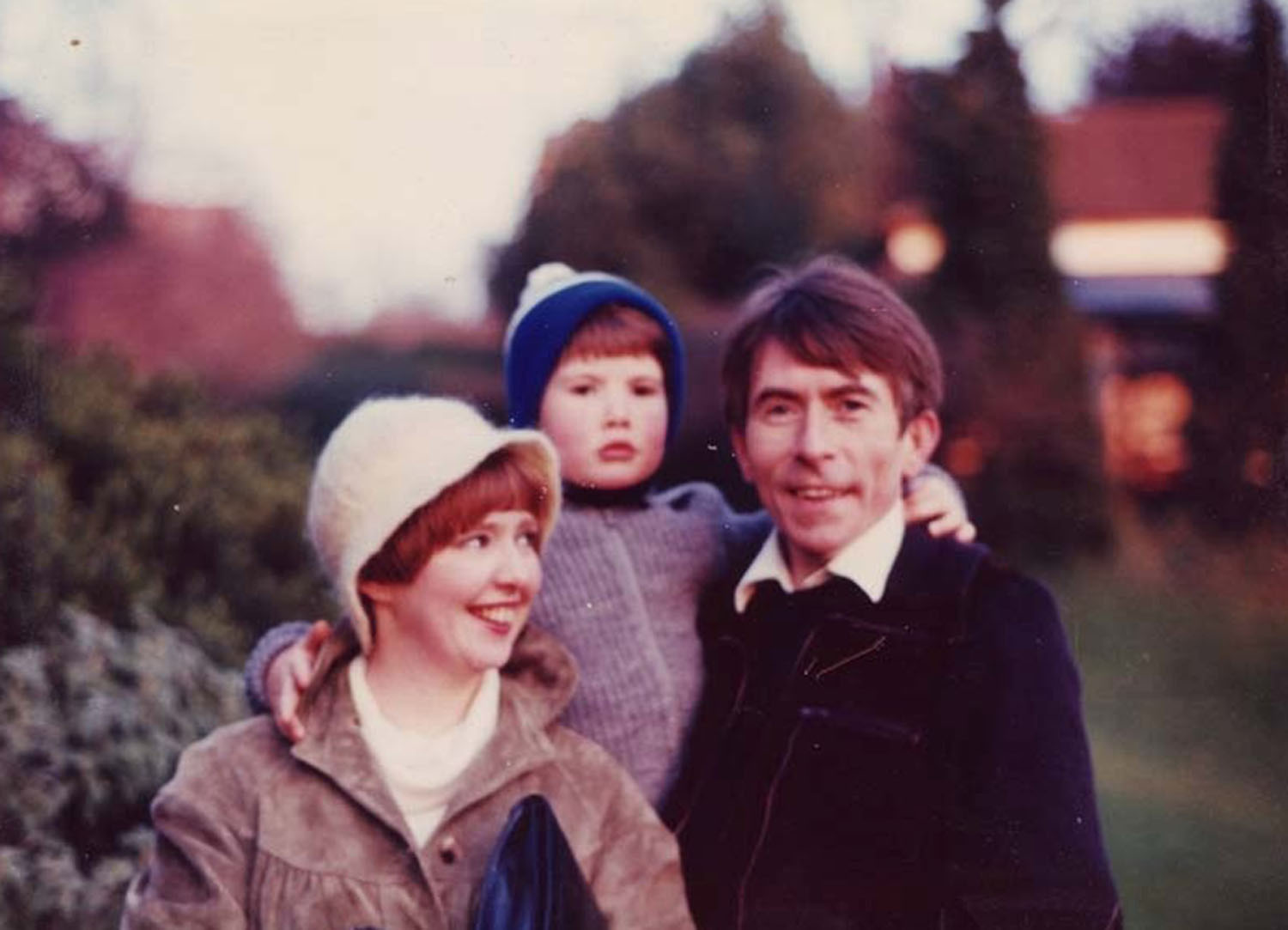 Gareth's maternal grandmother, Patricia was born in Wales. Gareth has been reported before now to say that it was from her that he got a love for the Male Voice Choir. Patricia M Woodland's birth was in Pontypridd, Glamorgan in 1925. Her line is descended from Edmund James "Teddy" Payne. 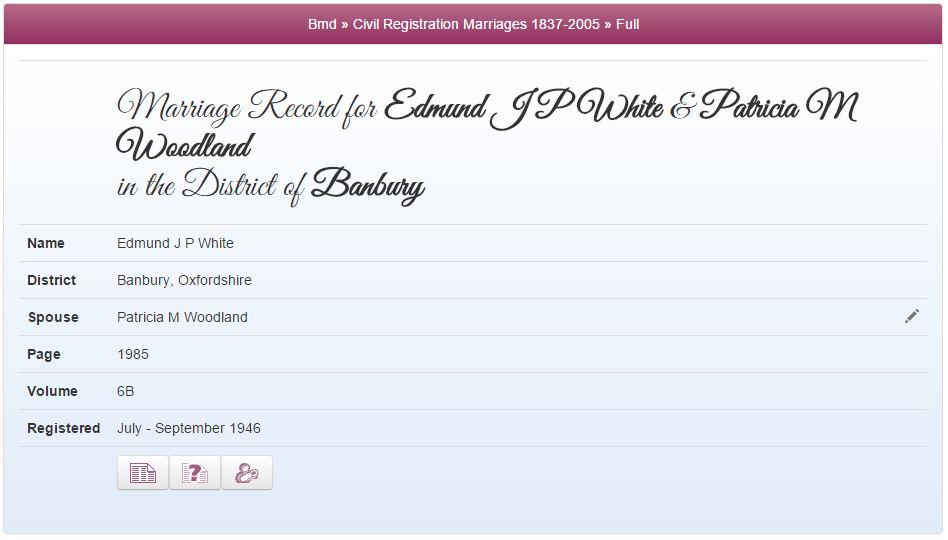 His maternal grandparents marriage took place in Banbury in 1946 and we can find this in the BMD index on TheGenealogist.

Tracing back the family to Gareth's great-great-grandfather, we have found that he was an English actor, comedian and singer named Edmund James Payne. Born late in December 1863 in Hackney, his birth, as we can discover in the Births & Baptisms on TheGenealogist was actually registered in the next quarter and so it is recorded in the indexes for 1864.

He was the son of Edmund Payne, a master cabinet builder and his mother was Eliza Payne née Ince. He first went on the stage aged 14 and so began a life touring the country with a company. It was while he was on tour that he met and fell in love with his first wife, Emily Saxon. Emily was from Ardwick, Chorlton near to Manchester and they married on the 4th January 1888 in Middlesbrough at the Parish church of St John. 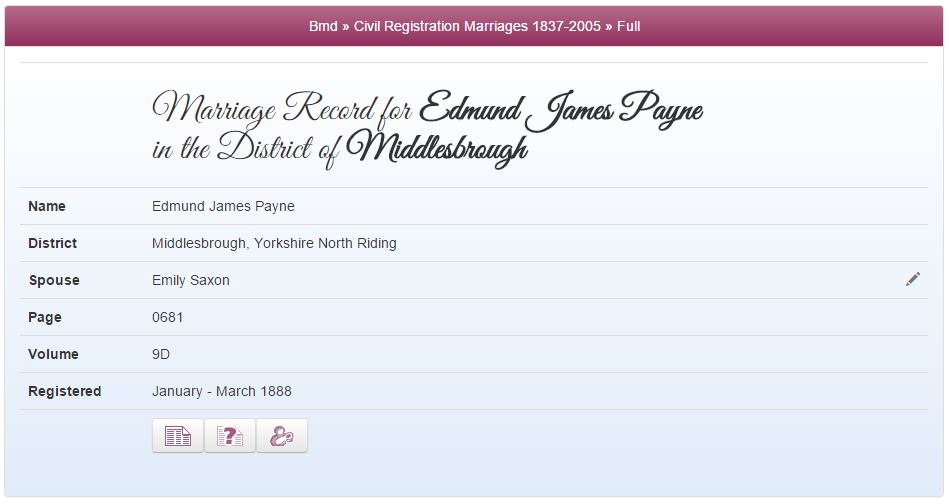 Emily and Edmund had four children together, before she died aged only 35 in 1899. Their children were Emily Saxon Payne, born 1889; Alice Ada Payne, born 1890; Edmund James Payne, born 1895; and Harry Payne born 1898. From the places of birth, Blackpool for Emily and Bristol for Alice, it is possible to see where the couple were on tour at the time of the girls births, while the boys were both born in London.

With the death of his first wife Edmund married again in 1901. His second bride was Alice Mary Wyatt and the two of them went on to have three children together. Mary Phyllis, born in 1901; a boy called Leslie Walter in 1904 and Nora Marjorie, born in 1906.

Edmund Payne, we have discovered, took part in the Coronation Gala Performance before the present Queen's grandfather, King George V, on June 27, 1911. Thus Gareth is not the first of his family to have appeared before Royalty. His ancestor had begun on the stage in the 1880s playing more than 300 roles including parts in The Shop Girl and The Messenger Boy. A critic from the time described him as a "little man with a very funny face with which he could work wonders" while another report says that Payne was a "universal favourite and a very great comedian". 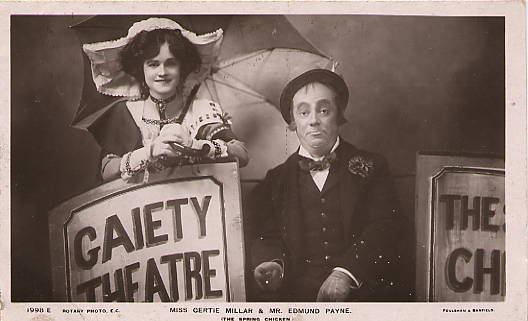 Edmund Payne is not the only member of Gareth's family to have had connections to the stage. Research in Dublin has unearthed that Gareth's four times great grandfather Daniel Lowery was in the theatre. Family legends, passed down to Gareth, were that Daniel had been a theatre impresario in Dublin. Research found that there had actually been two Daniel Lowerys, father and son - the latter having been the manager and impresario while the father had the talent and had created the theatrical legacy.

Choirmaster Gareth Malone has music and theatre running in his blood from his ancestor Edmund Payne, the music hall star who had appeared before the King to Daniel Lowery the Dublin impresario and his father who had begun the family's connection to the stage.