Life before and after the major earthquake of 1906. 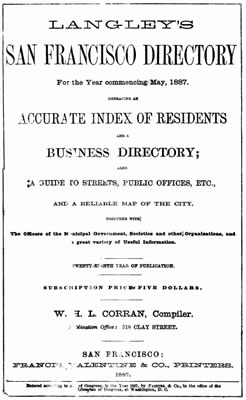 TheGenealogist looks at life before and after the major earthquake of 1906 with the launch of new records and images of San Francisco from 1887 to 1906.

San Francisco is known for its architecture, rolling hills, and landmarks such as the Golden Gate Bridge and Alcatraz Island. Founded in 1776 by Spanish colonists, the city became part of Mexico in 1821, followed by becoming part of the United States in 1846 following the Mexican-American War.

In a new set of records and images released by TheGenealogist, there is firstly a focus on the thriving and developing city of San Francisco in the 1880s. Then see how the city experienced the terrible earthquake of 1906, now featured in a special photograph collection available to view in the Image Archive. 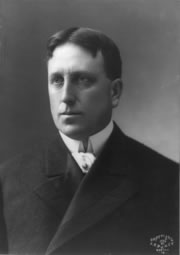 By 1887, San Francisco's population approached 300,000, making it the eighth largest city in the United States at the time. The California Gold Rush had brought many people to San Francisco and it became a thriving city providing a home and work for many people. This is reflected in the 'San Francisco Langley's Directory Telephone Address Book 1887'. This book lists all the individuals and businesses and public officials in the San Francisco area in 1887. In the thousands of records listed in the Langley Directory, researchers can see all the banks, churches, schools, courts along with lists of streets, public buildings, blocks, halls and prominent places in the city in 1887.

Individuals from all walks of life feature in the directory complete with an address and occupation. These include George Hearst, businessman, U.S. Senator and father of William Randolph Hearst; newspaper publishing magnate, Robert J Tobin of the successful Hibernia Savings & Loan Co. (now part of Capital One Bank); and Charles Bill Morgan, father of leading architect Julia Morgan (who designed more than 700 buildings in California).

Here we see the listing for George Hearst and William Randolph Hearst.

George Hearst and William Randolph Hearst listed in the directory

We also can find the record of Edward B Pond, the 21st democratic Mayor of San Francisco from 1887 to 1891 and his official address at New City Hall.

The directory gives a rare detail of life in San Francisco as the city continued to develop, before the terrible earthquake of 1906 that destroyed much of the infrastructure and records of the city. Over three quarters of the city was destroyed by either the earthquake or subsequent fire.

The names of all city inhabitants, their occupation and their street address are all conveniently listed in alphabetical order. 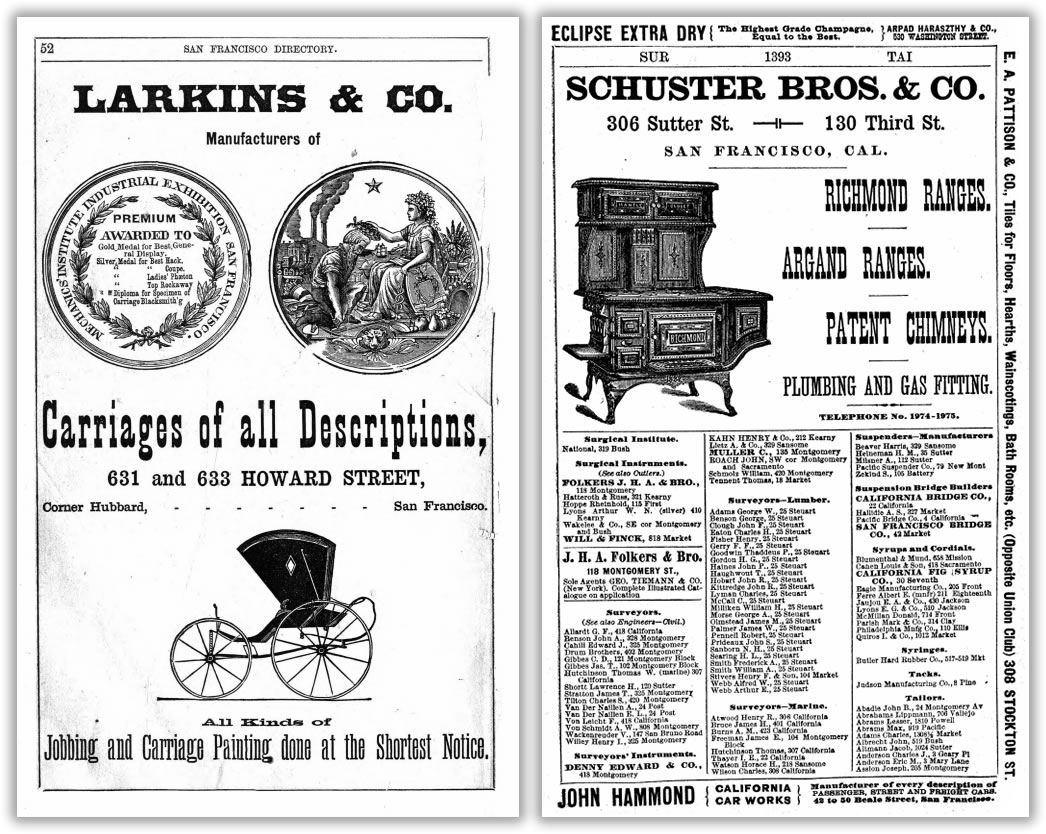 Adverts in the directory 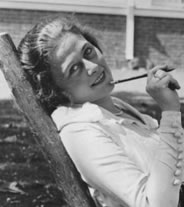 Here we see the details of Len D Owens, father of American journalist, author, and screen writer, Frances Marion, regarded as the most renowned female screenwriter of the 20th century. She was the first person to win two Academy Awards. Her father built the famous Aetna Springs Resort in Napa County, a popular holiday destination for San Francisco and Hollywood residents.

Van Ness Avenue, originally a quiet residential neighbourhood of mansion buildings, was used as a firebreak by the U.S. Army during the 1906 earthquake and fire. Many of the buildings along the street were destroyed with dynamite by soldiers in an ultimately successful attempt to keep the firestorm from spreading west to the entire city.

At 5:12 am on April 18, 1906, a major earthquake struck San Francisco and northern California. More than three-quarters of the city was destroyed, including almost all the downtown centre. More than half the city's population were made homeless. The earthquake and resulting fire are remembered as one of the worst natural disasters in the history of the United States. The sheer extent of the destruction to the city was captured in a number of photographs which are now available to freely view on the Image Archive on TheGenealogist. Below we can see some examples of the widespread devastation caused by the earthquake of 1906.

The 1906 Earthquake left a wisespread devastation. Left: Looking northwest from the corner of Ellis and Powell Streets. Right: The result of the shock.

The Image Archive offers a free image database of photographs in a standard or 3D format. The option to download the images for personal use is available to Diamond Subscribers. The San Francisco Langley's Directory Telephone Address Book 1887 is an invaluable resource for family historians, offering new avenues of research for those tracing family in San Francisco. It is now available to all Diamond subscribers.