William Roache - Who Do You Think You Are?

Ancestors from the medical profession, and some much darker characters...

William Roache, taking part in this year's 'Who Do You Think You Are?' series is well known from TV's Coronation Street, playing Ken Barlow.

Born in 1932 to parents Joseph William Vincent Roache and Hester Vera Waddicor, he lived in Ilkeston, Derbyshire in the family home where his grandfather William Henry Roache, a physician and surgeon (as described on the 1911 census), had lived. 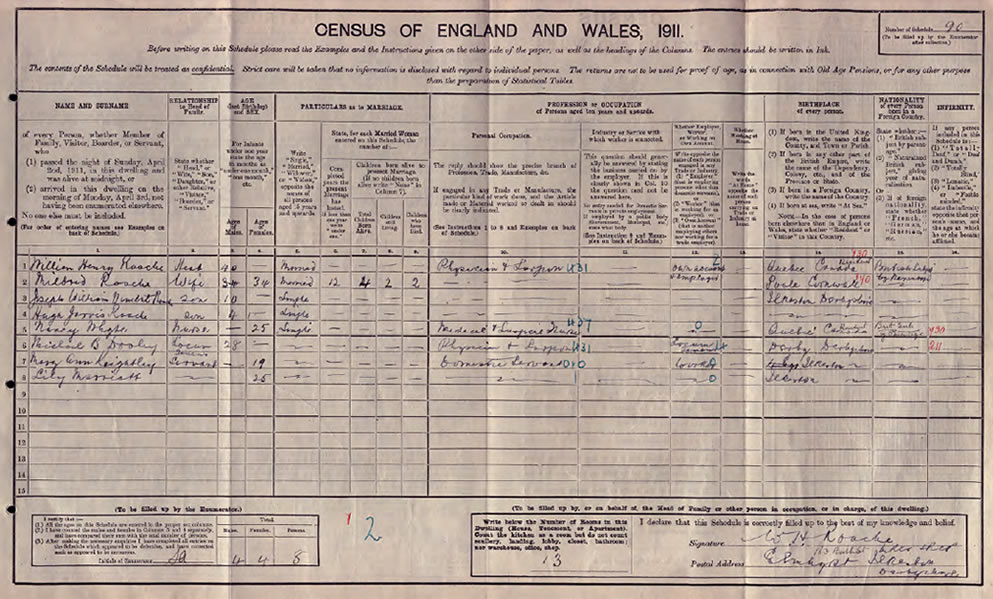 William Roache's father 'Vincent' was also a doctor; he took on his father's (William Henry) practice shortly after graduating due to his sudden death by influenza in 1927. Vincent's mother Mildred also sadly died of influenza just 5 days after her husband.

William's Great Grandfather, Joseph Matthew Roache was born around 1842 in Cashel, Tipperary, Ireland. On the 1891 census, Joseph was serving in the Ordnance Store Department as a Lieutenant. Using The Genealogist's Master Search we can find Joseph listed on an Army List from 1885. 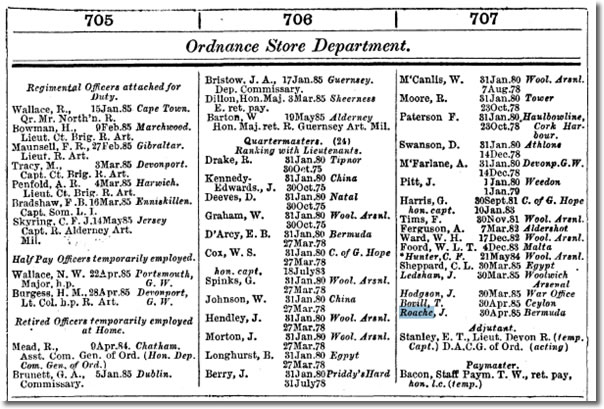 He is also shown in a later Army List from 1900 as a Captain in the Ordnance Store Department.

William's father and paternal Grandfather were not the only people in the family involved in the medicinal profession. His Great Grandfather James Waddicor describes himself as a Phrenologist and Medical Electrician on the 1891 census. William has said that his Great Grandfather used to give electric shocks to clients on the seafront at Blackpool throughout the Victorian era, apparently to cure them of nervous diseases.

The Master Search at TheGenealogist offers us the chance to search by keywords, narrowing down the number of results produced - this is especially helpful for common names. TheGenealogist transcribes more fields than other sites, with additional information such as occupation and address included. With the additional fields we are able to offer unique search tools such as family and address searches.

Albert Waddicor, William's Grandfather has been described as a drunk and violent man; at just three months old his mother Hester was sent to live with an Aunt to remove her from the house. Despite this, his Grandmother Mary Zillah went on to become a successful businesswoman running tea rooms in the Alton Towers mansion between the World Wars.

James Waddicor (William's Great Grandfather) can be located on the 1851 census with parents Thomas and Esther, using his birth place on the Master Search at TheGenealogist. 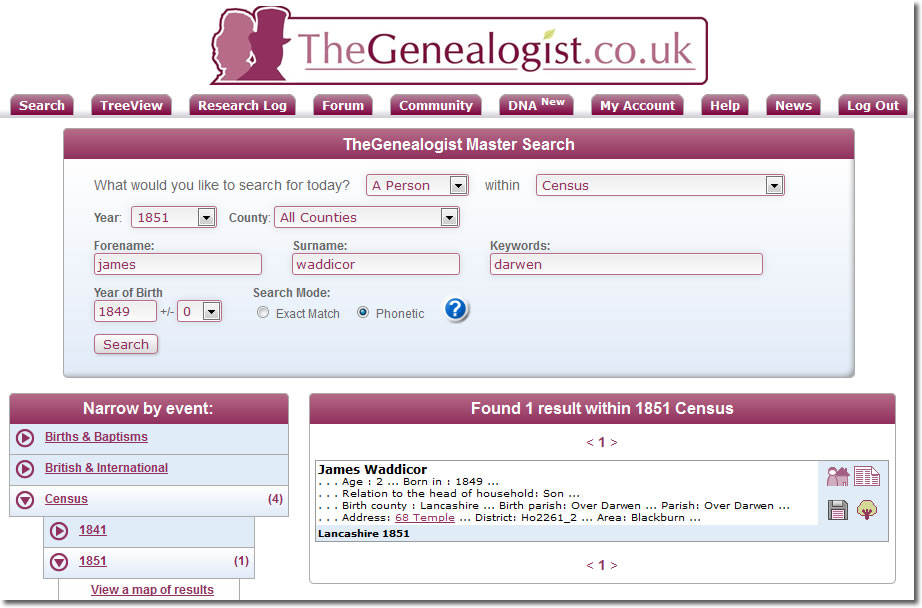 Thomas Waddicor's baptism record can be located using the Master Search in our exclusive Non-Conformist records. 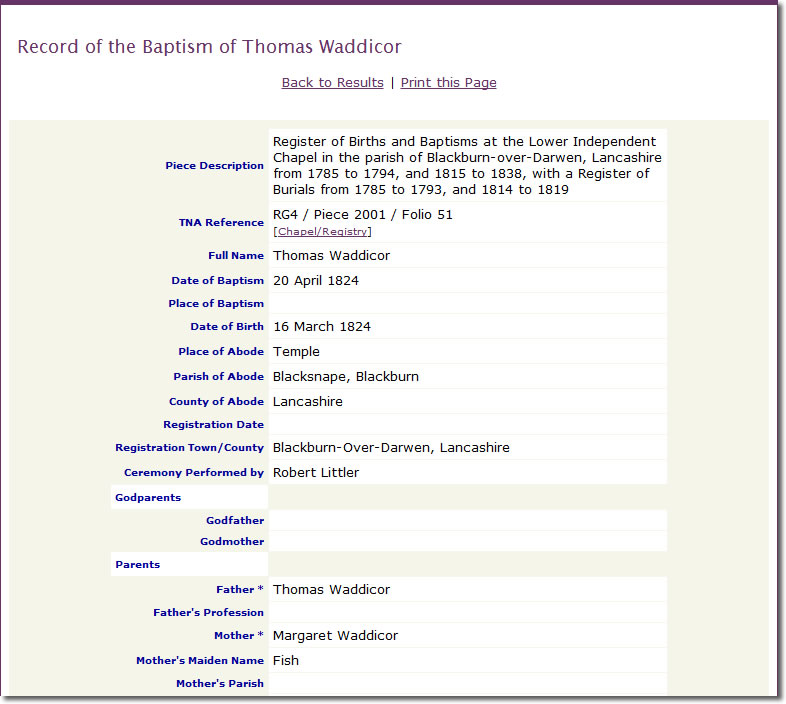 Non-Conformist records date back to the mid 1600's when various groups refused to conform to the Church of England. These include Presbyterians, Congregationalists, Baptists, Quakers, Methodists, Catholics and Unitarians. TheGenealogist is the official TNA publisher for Non-Conformist records and provide the largest collection online with over 8 million records.

William Roache's episode will be shown on 26th September. Click here to view his family tree on TreeView.