How did our Victorian ancestors celebrate the Diamond Jubilee of Queen Victoria? 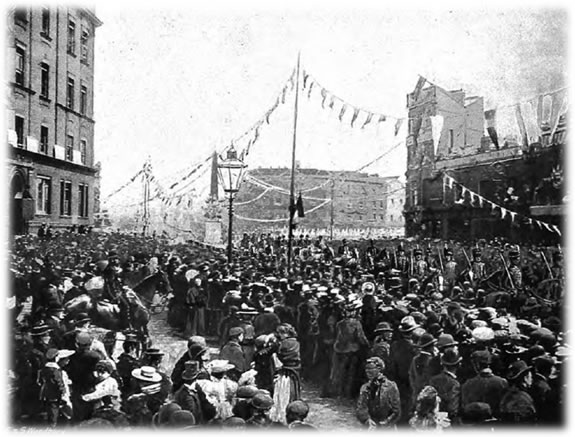 As people in the UK and around the world celebrate the Diamond Jubilee of Elizabeth II, we are looking back in time to see how our Victorian ancestors celebrated their own Diamond Jubilee.

Queen Victoria succeeded her uncle William IV on the 20th of June 1837 and reigned for 63 years. She currently holds the title of the longest-reigning British monarch in history and is closely followed by her great-great grand-daughter Elizabeth II, now in her 60th year as Queen.

Diamond Jubilees were traditionally an occasion to mark 75 years, but after Albert's death in 1861, Queen Victoria withdrew from public view and fell into a constant period of mourning. To calm the resentment and rising unrest amongst the population, the Jubilee was brought forward to 60 years. The Colonial Secretary Joseph Chamberlain, suggested making the Jubilee a festival of the empire and invited Premiers and representatives from all the British Colonies across the empire. This elevated the Jubilee into a world-wide celebration, with monarchs and leaders from various countries paying tributes to the Queen. In Paris, the French President Faure attended special services and King George of Greece attended a service at an English Church in Athens. 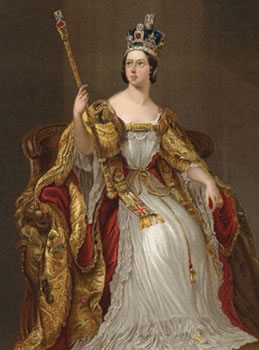 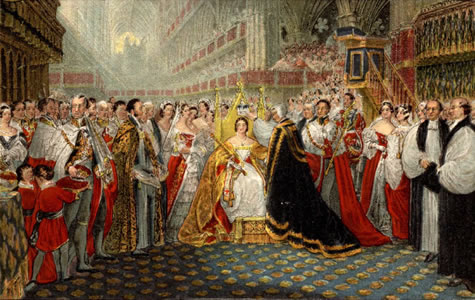 Celebrations officially began on the Ascension Day, June 20th in 1897 with four million visitors pouring into the city of London to witness the once in a lifetime occasion. Thanksgiving services were held across the UK with the Queen enjoying a private service at St George's Chapel in Windsor Castle with her family and close friends. Special services were also held at St Paul's Cathedral for diplomats, special jubilee envoys and Judges. 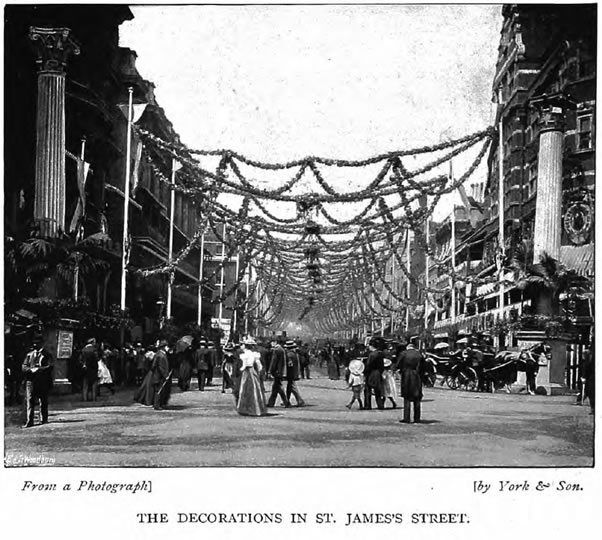 On the 21st of June, the Queen travelled from Windsor by train, arriving at London Paddington, where she was then taken by carriage along streets lined with spectators to Buckingham Palace. Throughout the day, receptions and banquets were held at the Palace whilst people celebrated outside on the streets of London and at events around the country. 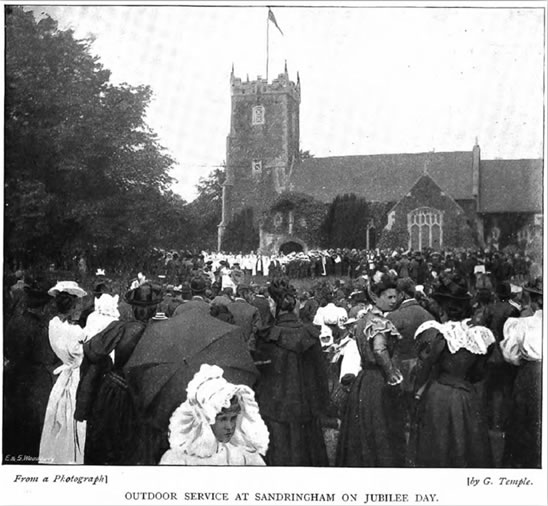 On the morning of the 22nd of June, Queen Victoria sent a telegraph to every country within the British Empire which simply said "From my heart I thank my beloved People. May God bless them."

She left the Palace at around 9am and began the grand procession around London to St Paul's Cathedral. 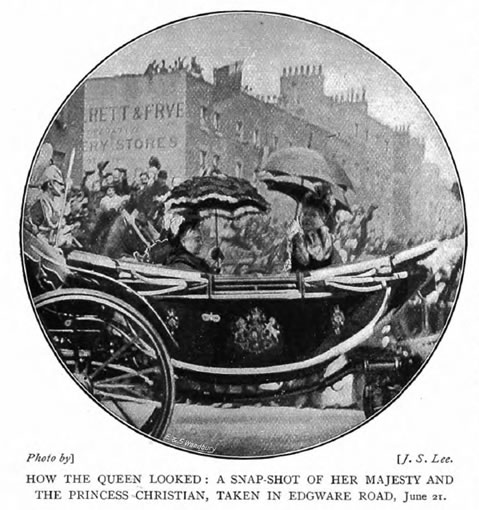 People had been lining the streets of the city since daybreak to catch a glimpse of their Queen. At the head of the parade were colonial troops, including regiments of the Indian Army, Canadian Mounties and the New South Wales Cavalry. Ahead of the Queen's carriage were Princes and representatives of every notable sovereign in the world. When she reached Temple Bar, the Queen was met by the Lord Mayor of London, who presented her with the Sword of the City of London, one of the city's greatest treasures. The Queen touched the sword in a symbolic gesture, then signalled for the Mayor to retain it and lead the procession onwards into the city. 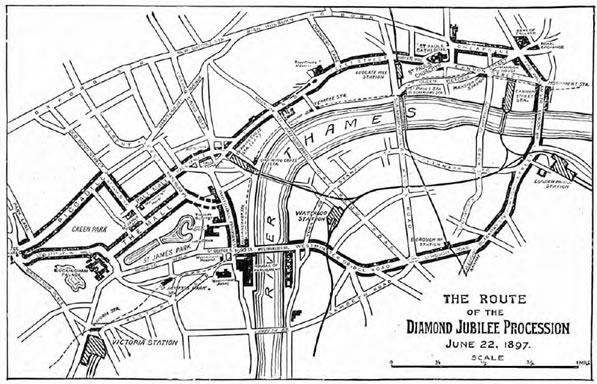 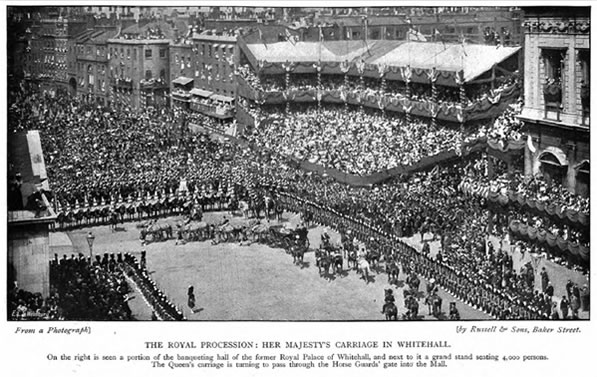 The procession then continued on to St Paul's where brief services were held, and the Queen was afterwards escorted to the Mansion House to be greeted by the Lady Mayoress, before continuing the progression to Westminster. She eventually returned to Buckingham Palace following the same route she had done 60 years earlier on her coronation day. 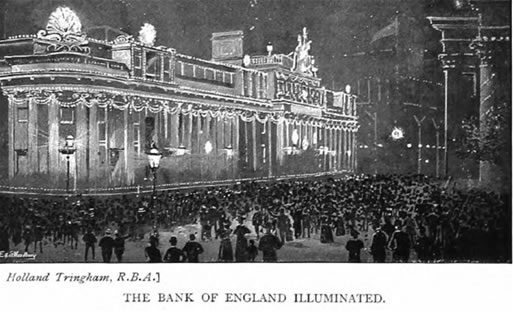 As night fell the city was illuminated with different shaded lamps and electric lights and further celebrations were held on the streets, which were now covered in confetti. Many more events followed over the next two days with garden parties, concerts, banquets and receptions. On the 24th the Princess of Wales held a jubilee feast for the poor of London. Beacons were lit across the country, and special poems and music were composed in honour of the Queen. 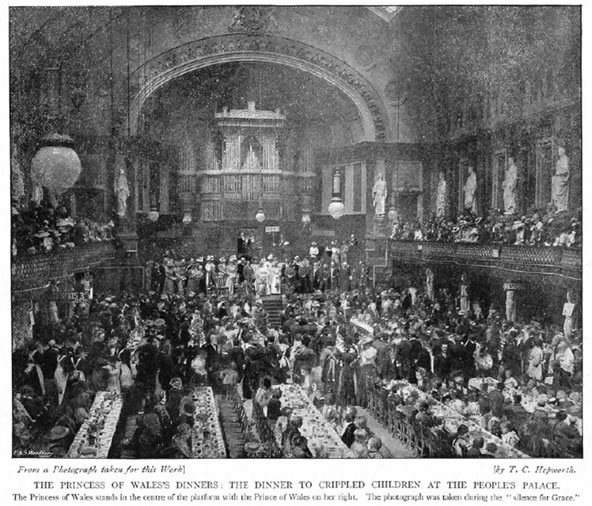 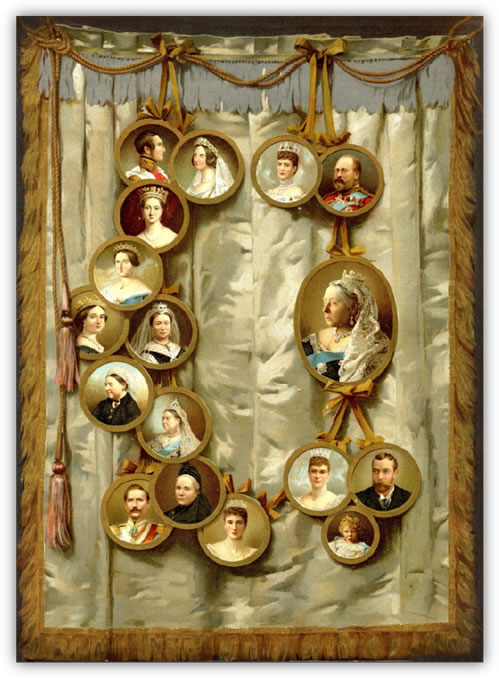 A commemorative book 'Sixty Years A Queen' was written by Sir Herbert Maxwell Bart MP, a Scottish novelist, who was included in the Jubilee honours list of 1897. The book provides an insight into the world our ancestors lived in and the events of the period, and is illustrated with photographs from the Royal Collections. TheGenealogist.co.uk has digitised 'Sixty Years A Queen' and as part of Queen Elizabeth II's Jubilee celebrations, we're making this available to all subscribers along with The Illustrated London News supplement 'Her Glorious Jubilee' published in 1897. These can be found in the Reference Books section from your Research View page.