Len Goodman - Who Do You Think You Are?

Len discovers Polish ancestors and the tragic loss of an ancestor in the workhouse...

This weeks episode of 'Who Do You Think You Are?' series is well timed as it features Strictly Come Dancing head judge, Len Goodman.

Len was born Leonard Gordon Goodman in 1944, at the end of the Second World War, and his birth was registered in Bromley, although he spent his early years in Bethnal Green.

He started his working career at 15 as a welder down on the docks for a ship building firm and was a typical man's man who enjoyed football and female company.

It was only when he was injured playing football, aged 20, that he discovered Ballroom dancing, as it was recommended by his doctor to be a good form of rehabilitation for his injury. Len's father, also named Leonard, and step-mother Irene also encouraged him into dancing.

He soon found himself enjoying dancing and looking forward to his regular lessons. His dance partner was Cherry, the daughter of Henry Kingston, who he later married. They entered many competitions together and Len retired after winning the British Championships in Blackpool.

During the 1970's and 80's, Len ran a popular Dance School in Dartford Kent, where he met his second wife Lesley, who also taught at his school. They had one son together before Len married his third wife Sue.

In recognition of his outstanding contributions to dance he received a Carl Alan Award and now regularly appears on the BBC Series Strictly Come Dancing.

Len's father was an electrician and they lived with Len's maternal grandparents in Bethnal Green, London whilst he was growing up. Albert Eldridge was Len's maternal Grandfather who would sell fruit and vegetables from his barrow on the market at Bethnal Green Road. The episode will follow the poverty, hard work and eventual change in fortunes for the family.

Albert Eldridge and family on the London 1911 Census 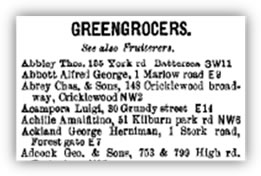 It was in the 1950's when Albert's fortunes improved, when he got his first Greengrocers shop in Bethnal Green and eventually owned three.

Trade Directories available on TheGenealogist.co.uk allow you to browse through the trades of an area and follow the location of your ancestors before, between and before available census years. Many of the directories also include residential listings.

Len's discoveries include great sadness, as it is believed that his Great Great Grandfather James Eldridge could not face going into the workhouse at the age of 69, since his father in law John Cecil had previously died there of asthma, so he instead took his own life in 1889. 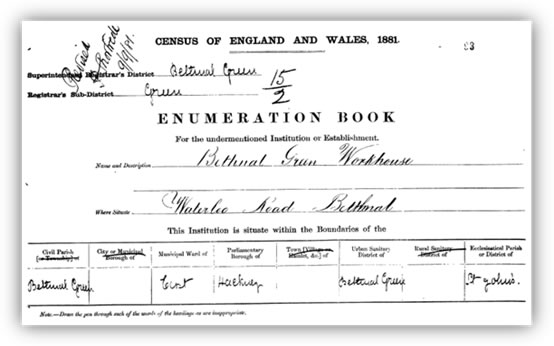 Continuing with Len's maternal line, he discovers Polish ancestors and his Great Great Grandfather Joseph Vincenti Sosnoski, who was awarded Poland's highest military decoration for courage in the face of the enemy at war and left Poland when it was being taken over by the Russians.

It is believed Joseph only met Len's Great Great Grandmother Mary Ann James after the ship he was sailing on had to make an unexpected stop in Portsmouth Docks because of a storm.

The Sosnoski family can be traced through London Census and BMD records available on TheGenealogist.co.uk

Watch Len discover the highs and lows of his ancestors' lives on Wednesday 5th October at 9pm on BBC One.