Wimbledon: From Grazing Land to the Grass of Centre Court

The countdown to the tennis season begins...

As the countdown to the tennis season at SW19 gears up with the tournament's schedule start on the 27 June 2022, TheGenealogist has released the IR58 landowner and occupier records for the Merton area in the 1910s. These property tax records include the listings for both the past and present grounds of The All England Lawn Tennis and Croquet Club allowing us to see what became of each.

Today the All England Club, as it is also known, is based in Church Road, Wimbledon in SW19, London. Though this continues to be a private members' club it is best known as the venue for the Wimbledon Championships, the only Grand Slam tennis event still held on grass. Initially the tournament was purely an amateur event played by the club's own members and their friends each summer, but over the years the championships grew into something that has become far more prominent than the All England Club itself even though it still operates as a members' tennis club to this day.

The All England was first established in 1868 in its original location off Worple Road, Wimbledon. At the time of the Inland Revenue Valuation Office survey in the 1910s it was, as we can see by searching the Lloyd George Domesday Survey records on TheGenealogist, situated at the rear of 86 Worple Road. At this time the secretary, G W Hillyard was recorded as the owner and occupier on behalf of the club.

This gentleman was George Whiteside Hillyard (6 February 1864 – 24 March 1943) and he was a male tennis player who had been born in Hanwell, Middlesex and introduced to tennis at the age of 10 by his uncle. Under Hillyard's tenure as secretary of the All England Club from 1907 to 1925, the Wimbledon Championships moved from its previous home in Worple Road to its current site at Church Road. 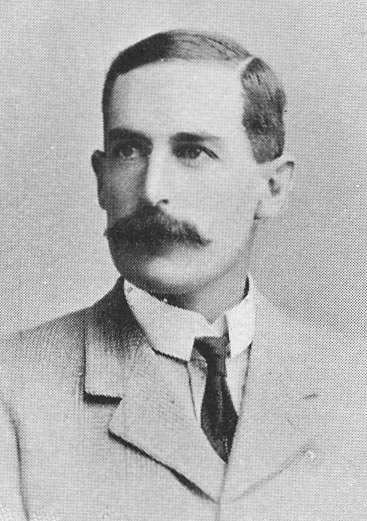 Hillyard, the son of a one time Police officer, and then superintendent of a school for destitute families, went into the Royal Navy as a cadet officer serving at the same time as Prince Albert and Prince George (Later King George V) as a fellow midshipman. Hillyard excelled at cricket and golf and despite his early introduction to tennis (known then as Sphairistike) he didn't at first like the game that he referred to as "pat-ball". After his time in Naval service, however, the rules of the game of tennis had undergone significant changes and Hillyard was at this stage attracted to it. From 1887, he began to play tournaments both in the singles and doubles games.

When the surveyor made his report of the premises of The All England Lawn Tennis and Croquet Club it was a much less sophisticated venue than the one that the current top tennis players are used to today. On the 9th September 1914, in its previous Worple Road location, it was noted in the field book to be: "tennis courts one surrounded by wood & iron stands 3 sides roofed. corrugated iron. Small brick and slate house. 3 bedrooms. Kitchen and scullery. Buffet. office. men's changing rooms with 3 baths attached. Lady's dressing room." Pretty sparse facilities for its club members then. 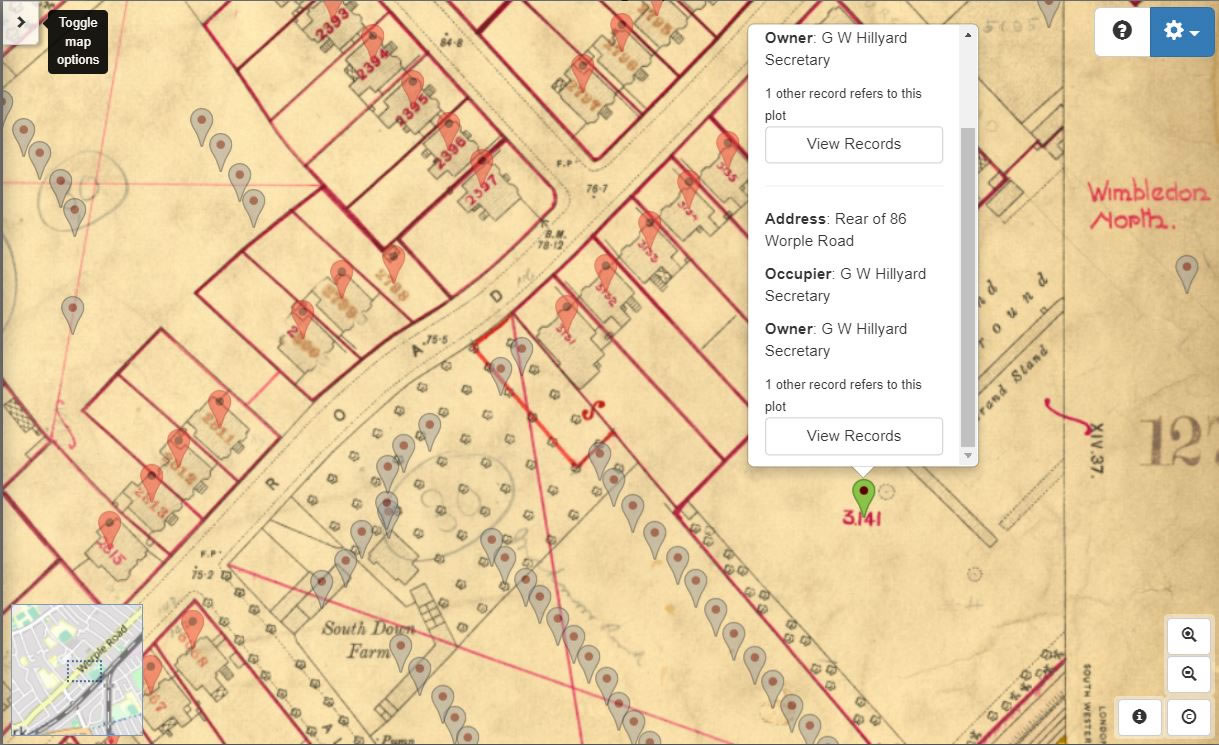 Original site of the All England Lawn Tennis Club today 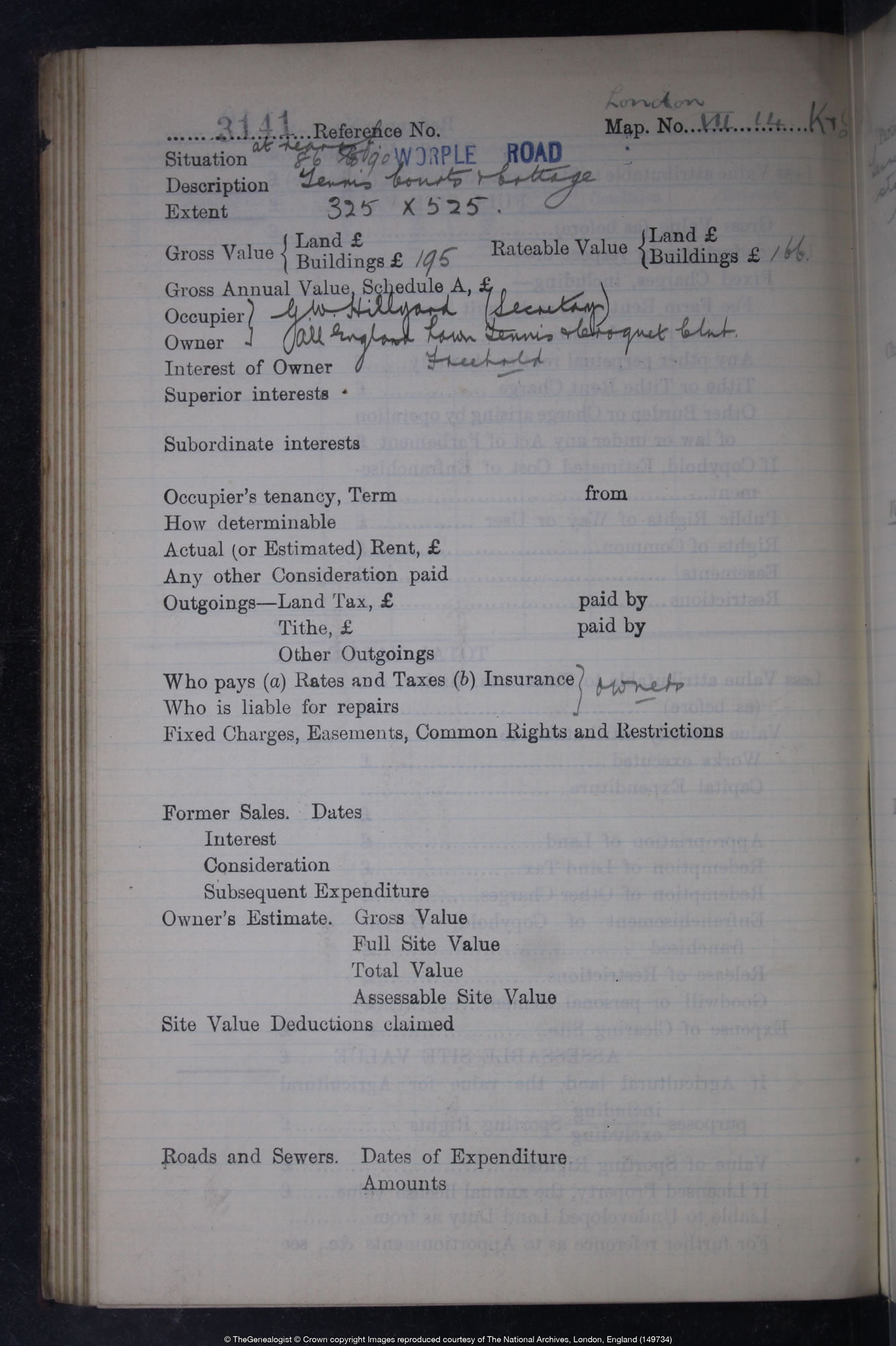 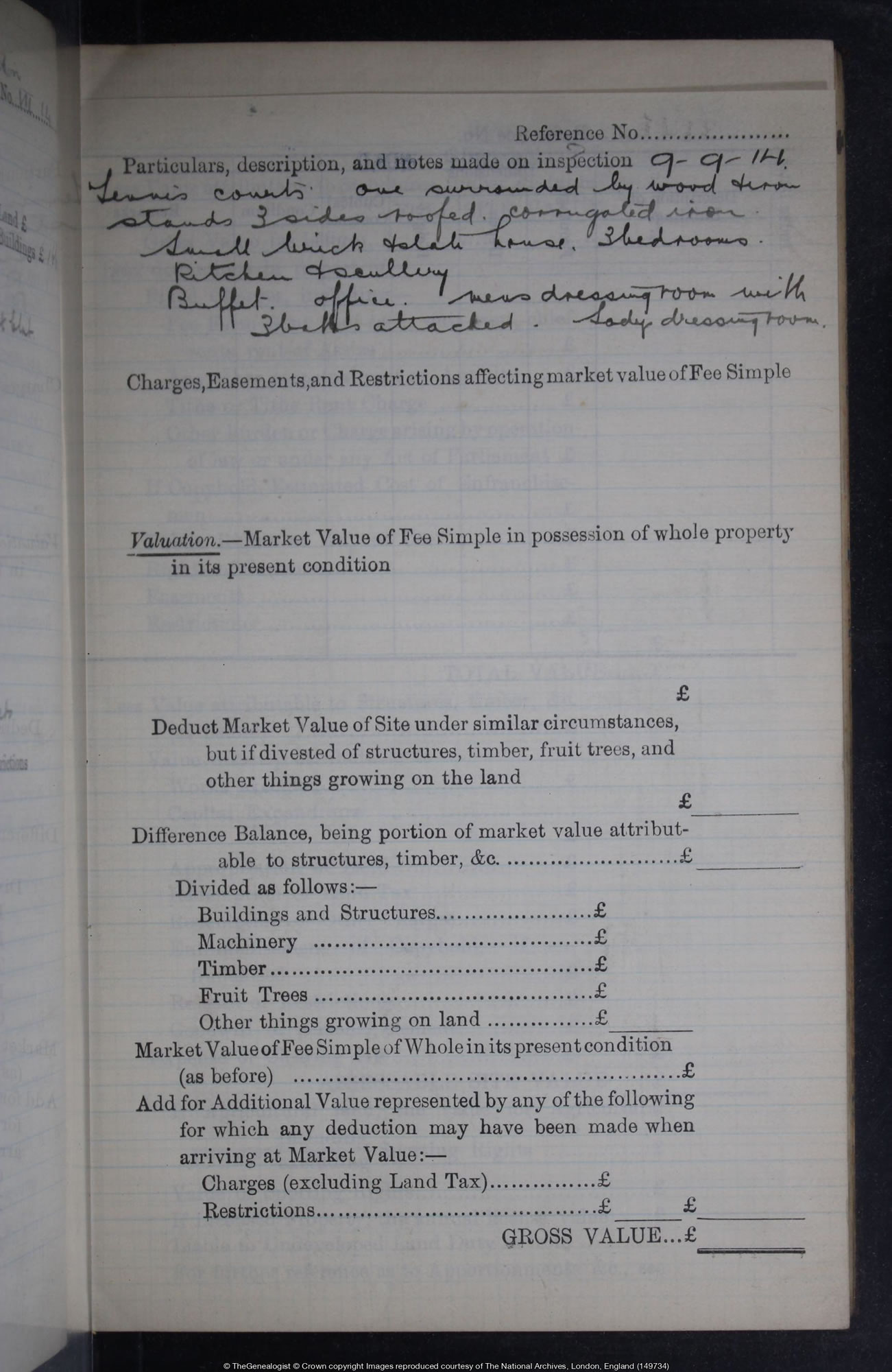 With the Wimbledon tournament becoming more and more successful, the courts at Worple Road were no longer sufficient and a move to a larger site became necessary. The idea of a move had been discussed as early as 1907 when Hillyard became secretary, but the search for a larger site took time. With the outbreak of World War I, in which he rejoined the Royal Navy, the move was further postponed. After the war, the All England Club decided on Church Road in 1919 and the new site was opened at the 1922 Wimbledon Championships.. As the secretary, Hillyard would most likely have been deeply involved in the search for, and selection of the new site at Church Road, and he would have worked together with architect Stanley Peach on the new facility.

Inauspiciously its first championship at Church Road saw it beset with rain on each day, but that hasn't stopped it becoming the highlight of the English summer that it is today. The current Centre Court dates from that year of 1922, but has been enhanced and extended on several occasions over its life. One of the most recent improvements, of course, being when a sliding roof was added in time for the 2009 Championships. In 1924 saw the old No.1 Court opened on the west side of Centre Court.

If we turn to the Map Explorer on TheGenealogist to look at how the land where the current club has its courts was used in the decade before it became the All England Club, then we see that where the modern Centre Court is today was once "Grazing land" owned by Lady Sarah Lane. And what has become of the old grounds, well they have become the playing fields of Wimbledon High School. 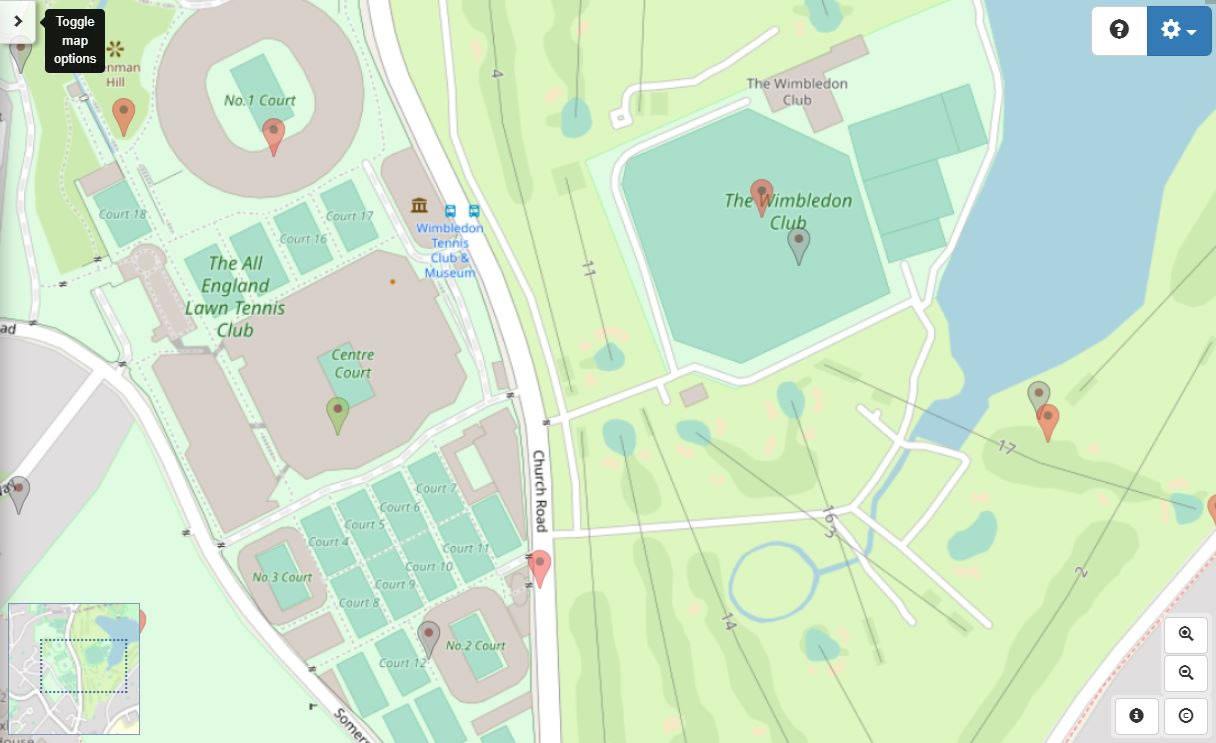 The detailed field books linked to the georeferenced map layers on the Map Explorer ™ will allow family and house historians to explore the streets and land that our ancestors would have once been familiar with to see how its use has changed since the years before the First World War. As we have done above with the premises and the sites that are linked to the club that plays host each year to the Grand Slam that is the Wimbledon Championships.