Anna Maxwell Martin - Who Do You Think You Are?

'Like lots of people, I spend my life running around picking up children, dropping off children, cooking, shopping…' says actor Anna Maxwell Martin in her episode of Who Do You Think You Are?, all the more apt given that one of her own notable TV roles was in the parenting comedy Motherland. I can still remember seeing her as Lyra in the National Theatre's stage production of His Dark Materials almost 20 years ago, and since then she has established a very successful career in TV and film roles from Bleak House to Line of Duty. But she clearly hasn't lost touch with the realities of family life. 'I hope I'm shaped in parenting [by] how my parents parented me,' she says, the onus being all the more on her as she is a single mum.

The chain of parenthood back through time forms a strong theme in her episode. Born Anna Charlotte Martin in 1977 in Beverley, Yorkshire, she was brought up in a warm family context, with father Ivan from Northern Ireland and mother Rosalind (née Youngson) from Scotland. Much of the program looks at her maternal grandfather Maxwell (from whom she took her stage name) and his roots. Anna remembers him with great fondness, a man 'very happy in his own skin', although we learn that he had a tough childhood, some of it spent in an orphanage in Aberlour, Aberdeenshire in the 1920s. 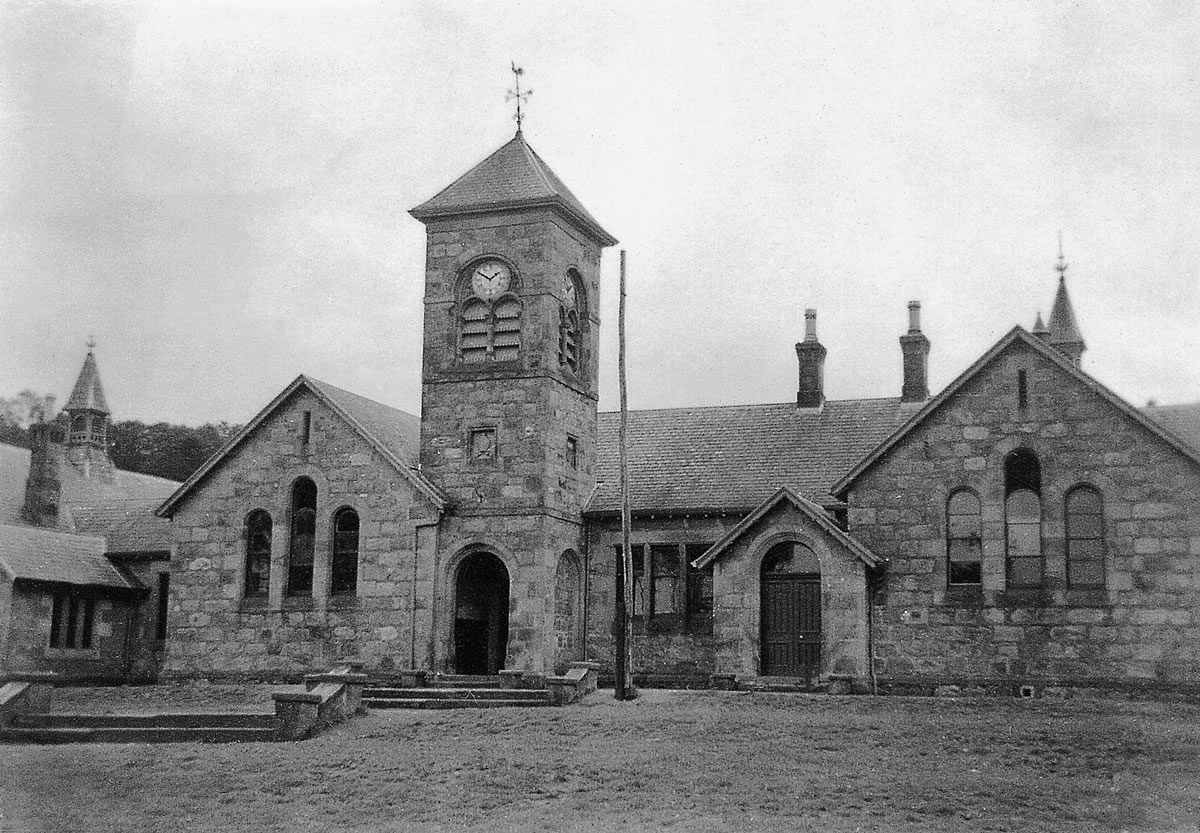 We can gain a sense of place immediately by looking at TheGenealogist's Map Explorer, which has early Ordnance Survey maps from the 1890s era, when the orphanage was growing. We can compare these with a modern overlay – today only the tower pictured above and St Margaret's Church remain. Maxwell was baptised in this church, and Anna is shown visiting it in the show.

The Aberlour orphanage site and the associated St Margaret's church plotted from the 1890s and today, thanks to TheGenealogist's Map Explorer

Later in life Maxwell worked as a stonemason, and his birth certificate reveals that his father, Joseph Horne Youngson, was also in that trade as a journeyman. Aberdeenshire, of course, is famed for its granite, which was quarried in many places in this region and often used as far away as London. An 1857 issue of the Illustrated London News features the Rubislaw quarry that supplied the 'Granite City' of Aberdeen and the hard work that supplied the masons with the raw materials for their own trade. 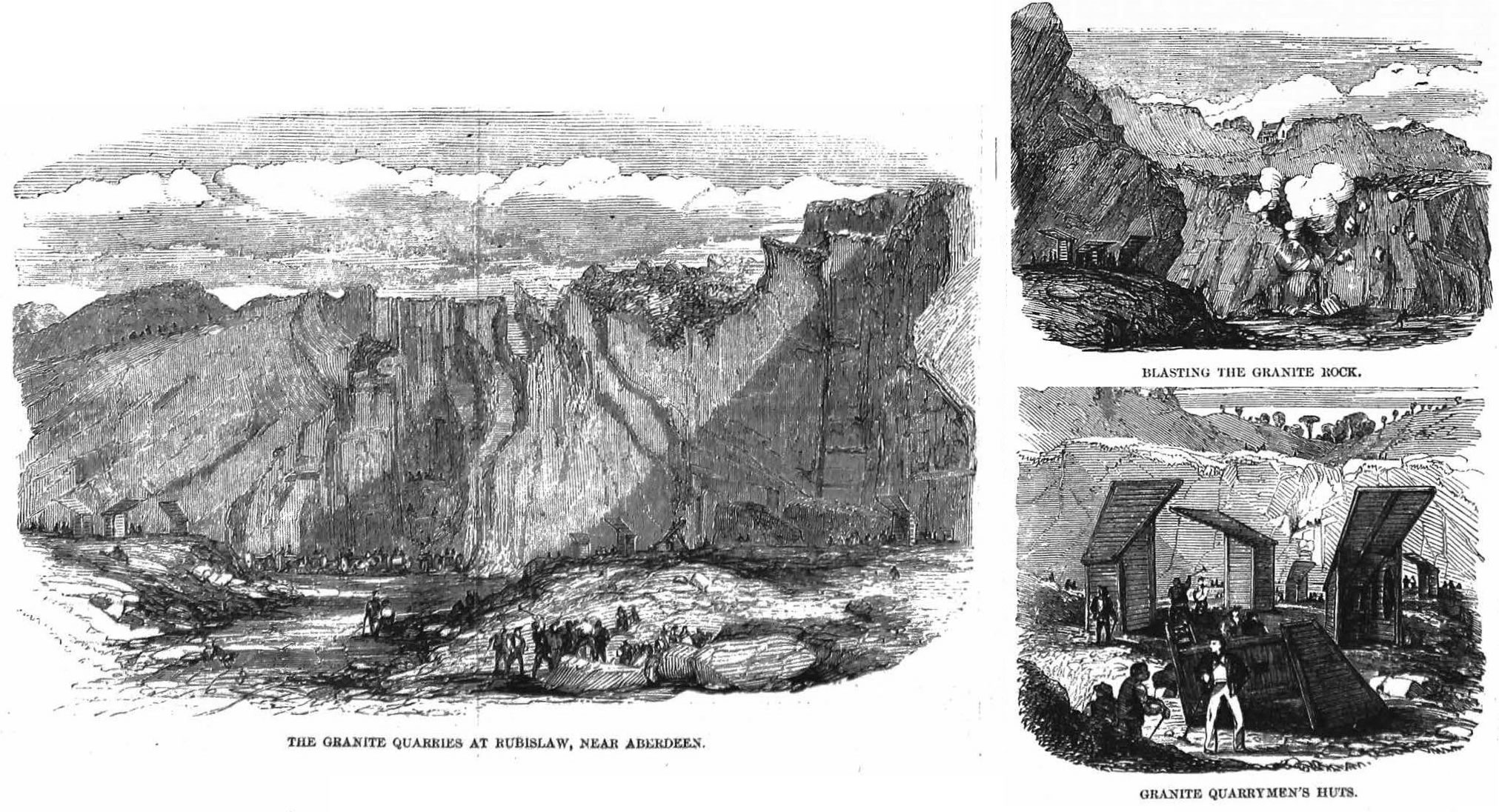 The Illustrated London News reported on Aberdeenshire's granite industry in 1857

The story of Joseph himself forms a good portion of Anna's episode, taking us eastward across Aberdeenshire to the area around New Pitsligo, at the heart of another granite quarrying area (you can see many old pictures of the granite industry here at http://www.newpitsligo.org/granite_quarrys_around__new_pitsligo.html). Again we can use Map Explorer to set the scene.

We can see New Pitsligo in Map Explorer, then zoom out to see the region of Tyrie and Aberdeenshire as a whole in the late 19th and early 20th centuries. Markers show family history record sets at TheGenealogist linked to the maps

Without giving away too many spoilers here, it's clear that Joseph was the bad egg of the family, very much the opposite of the model parent that Anna spoke of with regard to later generations. But we also learn that his own childhood saw hard times that perhaps fed into some of his later behaviour. Joseph had been brought up by his mother, Mary Horn(e), in the absence of his father, who a kirk sessions record from 1861 reveals was one Alexander Youngson – hence the use of both names in the family.

Many official records for Scotland are only available from the National Records of Scotland, but in fact TheGenealogist has a wealth of Scotland-related records in the form of trade directories and transcriptions of census records – and we can use the latter to piece together more of the Youngson/Horne family jigsaw than the TV show does.

For example, searching for Alexander Youngson using the site's Master Search reveals 14-year-old Alexander working as a farm servant in the parish of Old Deer in 1851 – this is less than 10 miles from New Pitsligo, and the record also shows that Alexander was born in New Deer, a similar distance away from the other two places. This also means we can peg Alexander's birth to around 1837, which is in fact confirmed by an obituary for him found in a newspaper on the other side of the world – but you can watch the show for that part of the story!

Alexander Youngson in the 1851 census for Scotland, at TheGenealogist

We can similarly use Master Search to follow branches of the Horn(e) family. For example, again in 1851 we can see Mary Horn, born in Tyrie and aged 11, daughter of farmer Joseph Horn (who we learn farmed 12 acres in Carnewhing) and his wife Rachel. 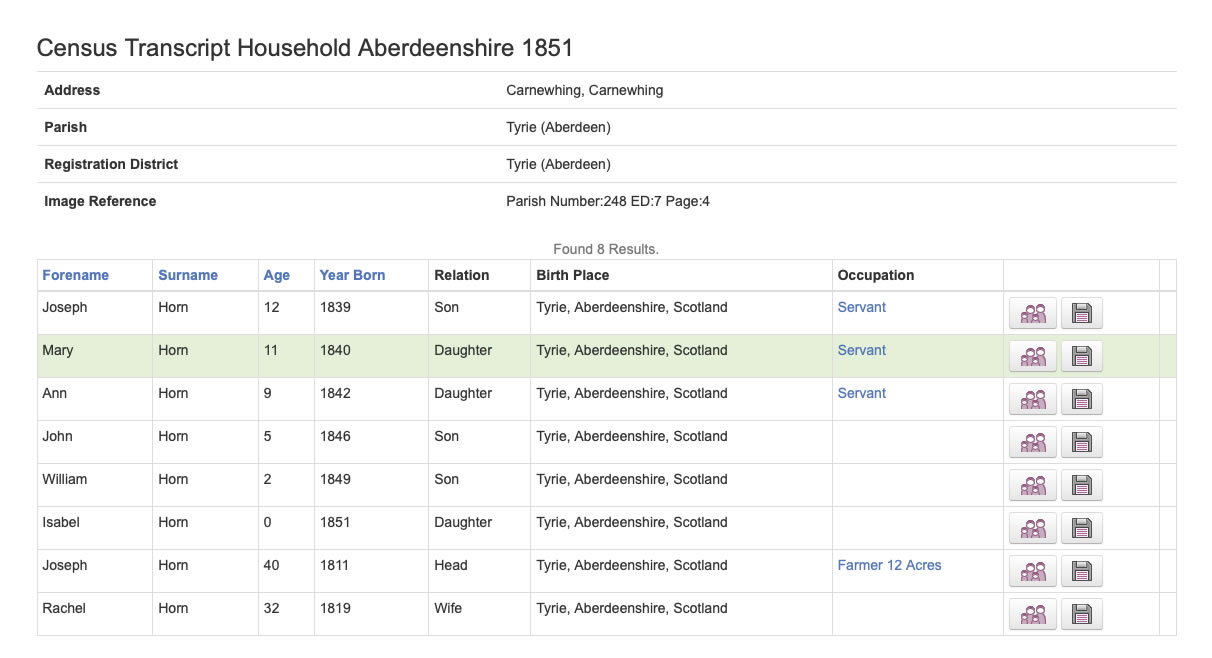 We can then census-hop to later years: Joseph, Rachel, Mary and some of the other children are in the same area in 1861 – and a baby grandson called Joseph Youngson was resident. This is of course Maxwell's father Joseph, whose father Alexander was not on the scene. Another 10 years later, and the eldest Joseph and his wife Rachel are still there, listed as crofters of 25 arable acres. It's worth knowing that TheGenealogist also has the 1874 Return of Owners of Land (as well as records from the same decade for England, Wales and Ireland). This listed all landowners with an acre or more – but the Hornes are not there. This is to be expected, as crofters would in most cases have rented the land. The village of New Pitsligo was founded by Sir William Forbes (1739–1806), a Scottish banker and friend of Dr Samuel Johnson. In the Hornes' era, his descendant was Sir William Forbes, the 9th Baronet of Monymusk. He held around 10,000 acres in 1874, so he may well have been the Hornes' landlord.

Census records from 1861 and 1871 continue to show the senior Hornes as crofters; we can also see the Aberdeenshire landowning Forbes family in the same area (inset)

A bit of further detective work in these records suggests that Mary Horne's brother William is probably the same person as William Hall Horne, whose daughter Rachel was Maxwell's mother – in other words, Maxwell's parents Joseph and Rachel Whyte Horn were probably first cousins. Research has shown that in fact around 1 in 20 Victorian marriages were between first cousins, so this was by no means unusual – a perfectly legal practice that can still be found today, although the prevalence dropped off dramatically after the First World War.

Anna's roots show the complexities of family dynamics – but also that it's possible to break the emotional cycles driven by hardship. She notes that her maternal grandparents 'didn't repeat the pattern', and that Maxwell 'created a loving and caring household for his family' despite 'a really difficult start'. What more can any of us aspire to?