The Horror Author with the Heart of a Poet

The most recent additions made to the Headstone Database at TheGenealogist has seen 100,000 searchable records of gravestone memorials added to the resource that can be used by researchers to find out some fascinating information about their ancestors.

The Headstones Collection is also a record layer on TheGenealogist's powerful Map Explorer™ with its ability to look into the area surrounding the location of the churchyard or cemetery. With its different historical and modern maps, that are all georeferenced, the researcher can then examine the area and see the neighbourhood's streets where the deceased ancestor may have lived, worked and played. 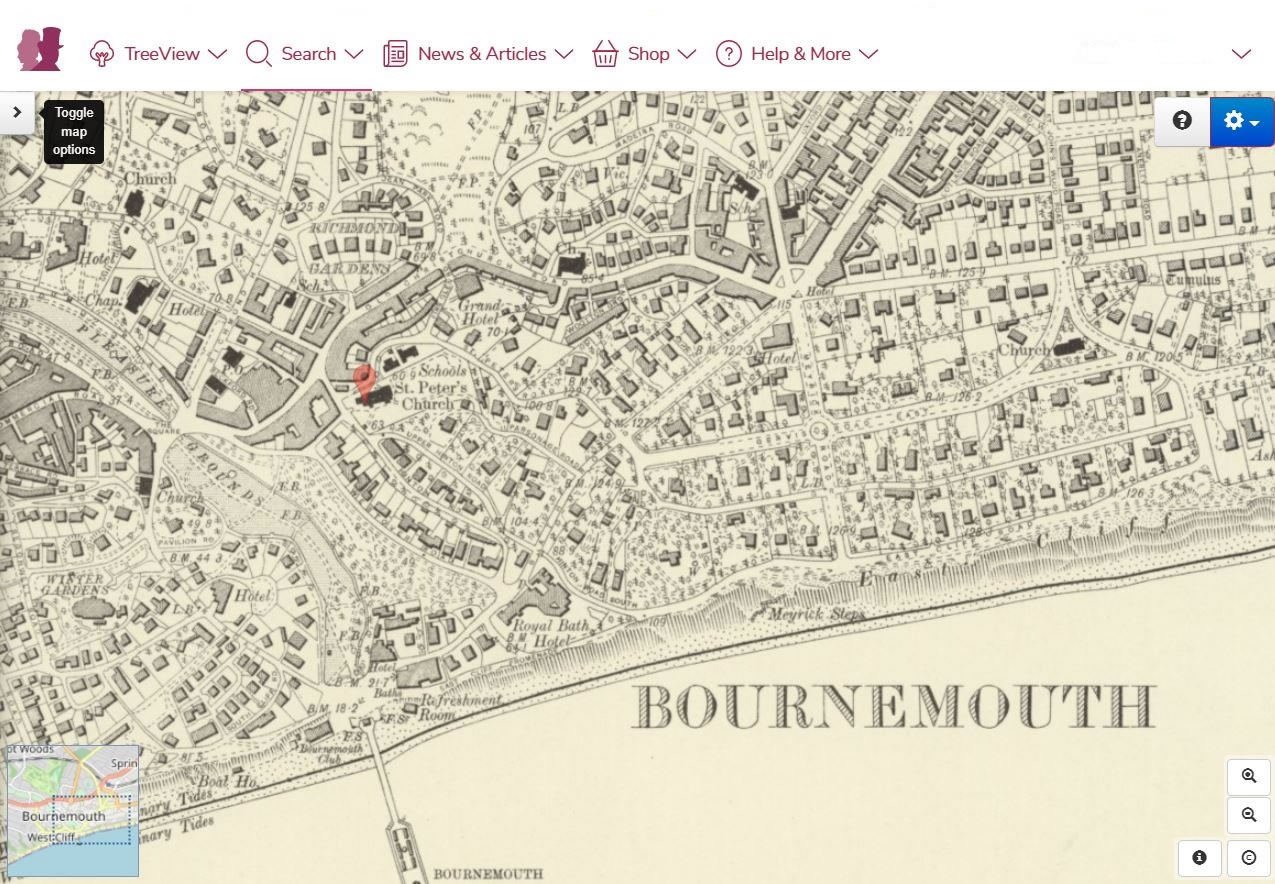 An interesting headstone that is one of the new records in the recent release is to be found in the churchyard at St Peter's Church in Bournemouth. It is at this church that can be found the last resting place of Mary Wollstonecraft Shelley, the author of the 1818 novel Frankenstein; or also known as, The Modern Prometheus. This book of hers is considered an early example of science fiction and Mary Shelley also edited and promoted the works of her husband, the famous Romantic poet and philosopher Percy Bysshe Shelley. 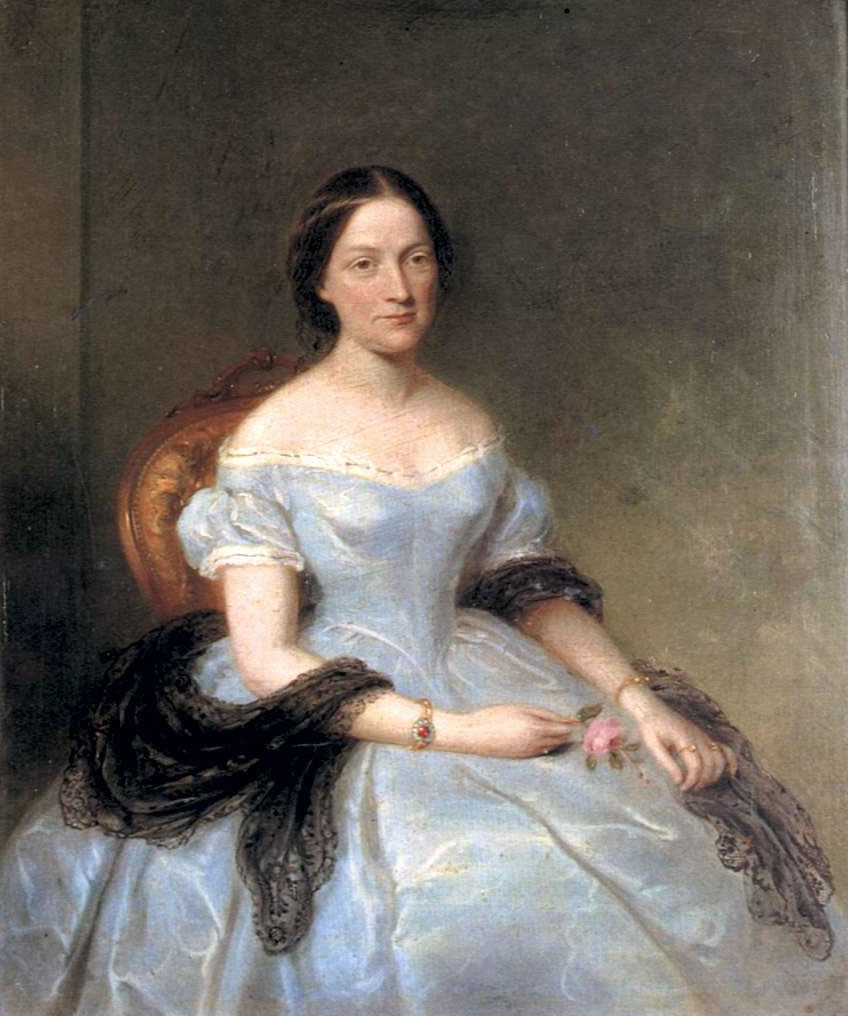 From the headstone collection on TheGenealogist we are able to see from the transcribed details that the grave inscription records that she died on the 1st February 1851. We see her date of birth had been noted to be the 30th August 1797 and that her maiden name was recorded as Godwin. The Notes section relays other details on the stone including that she was the daughter of William and Mary Wollstonecraft Godwin and that she was the wife of the late Percy Bysshe Shelley. We are given the graveyard's address and are also informed of others whose names are on the grave, that being her son Percy Florence Shelley and his wife Jane. 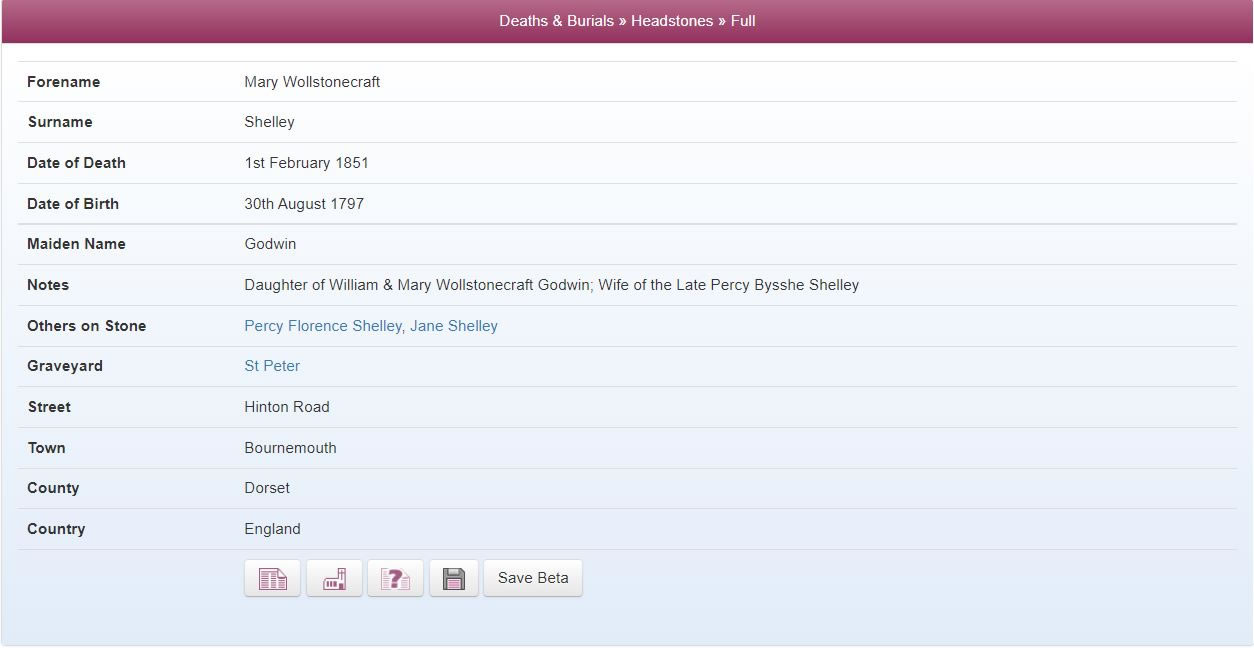 The information transcribed from the headstone on TheGenealogist

Clicking through to the image we are able to see a colour photograph of the grave and can also see images of the churchyard that will give us an idea of the surroundings in which the headstones are standing.

The heart of a poet

As we can see from the inscription pictured on the grave in Bournemouth, Mary Shelley is not buried with her husband. The reason being that most of Percy Bysshe Shelley's cremated remains are in Rome. Percy was just 29 when he drowned off Italy after his boat, the Don Juan, was caught in a storm on July 8, 1822. Percy's body, along with those of his two sailing companions on that fateful voyage to Livorno, were not found until ten days later. 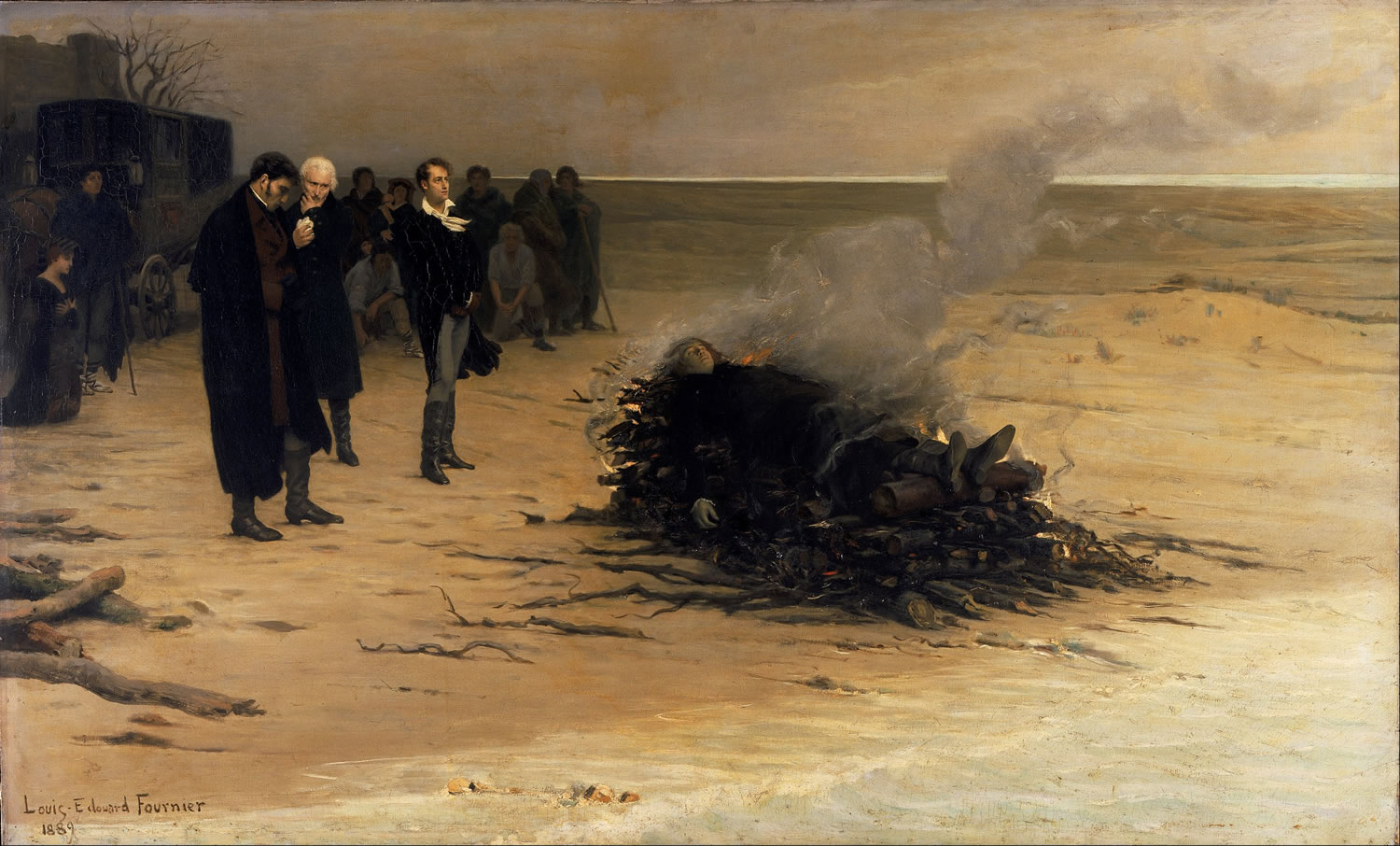 On 16 August, his body was cremated on a beach near Viareggio and the ashes were then buried in the Protestant Cemetery of Rome. But not all his mortal remains are in Italy as it is believed that one part of him is now buried with his wife and son in their grave in Bournemouth. Percy Shelley's heart, for some reason, refused to burn in the cremation in Italy. Modern-day physicians have proposed the reason to be that the organ may have calcified due to the poet having suffered an earlier infection of tuberculosis. At the time one of Percy's friends, Leigh Hunt, originally claimed the heart – he had attended the funeral pyre-style cremation on the beach and at first refused to give it up to Shelley's widow Mary. Eventually he was persuaded to turn it over to Mary Shelley who, instead of burying it with the rest of the remains of her husband in the Protestant Cemetery in Rome, kept the heart and is thought to have taken it with her wherever she went.

Thirty years later, in 1852 and a year after she had died, Percy's heart was found in her desk wrapped in the pages of one of his last poems, Adonais. It would seem that the family then held on to it for several more decades until when Mary and Percy's son Sir Percy Florence Shelley died. At this point the heart of the poet was eventually interred with the third baronet and his mother in the family grave. As we can tell from the picture of the grave on TheGenealogist, Sir Percy died in December 1889; however there is no mention of this bizarre additional body part in the words inscribed on the vault. 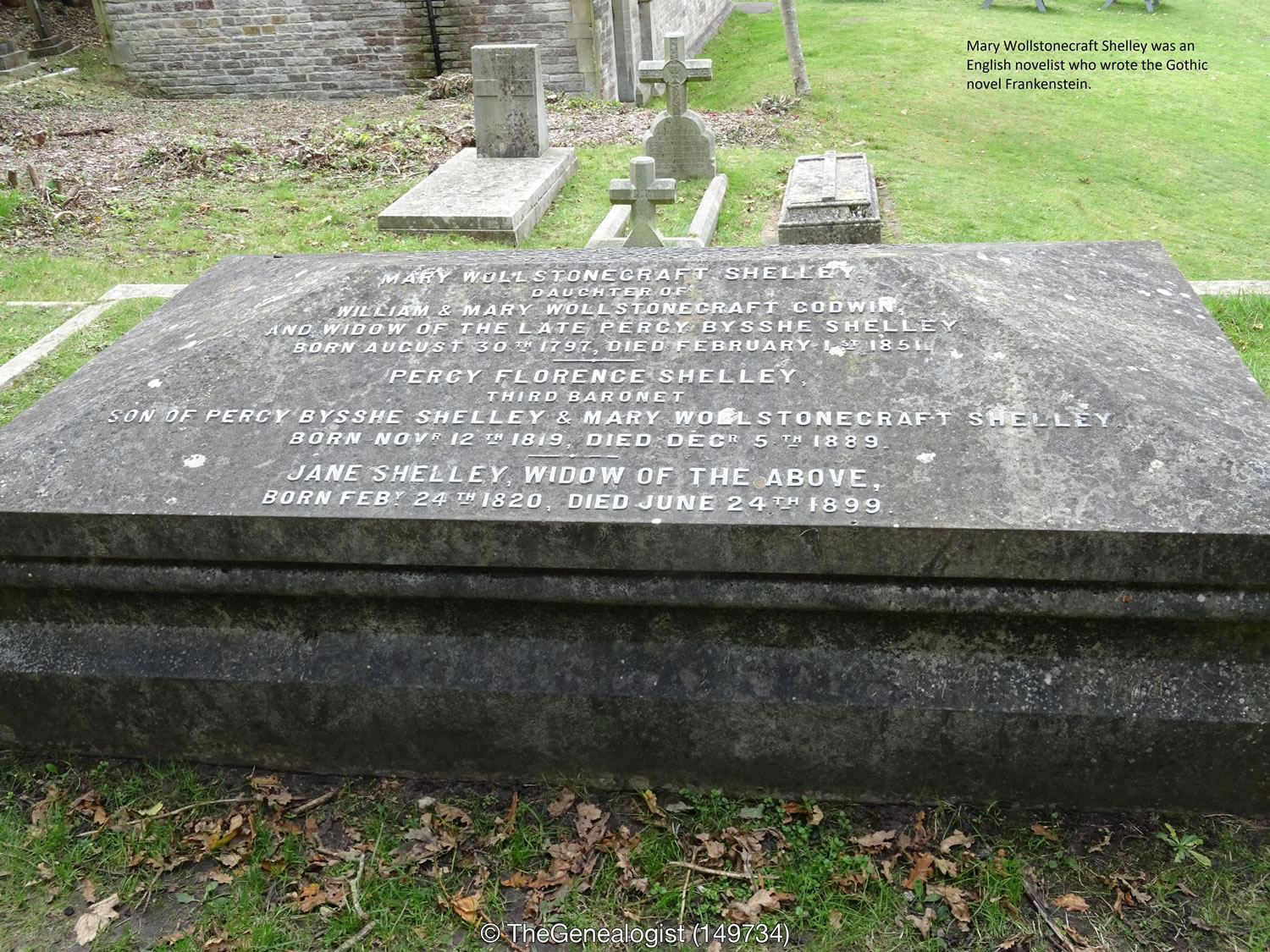 There has also been speculation that this memento was not actually the poet's heart but may have been another organ. In 1885 the New York Times published an article that theorised that it could, in fact, have been his liver. Their hypothesis being that because it was saturated by its immersion in seawater that the liver was unable to burn in the fire.

Whatever it had been, Mary believed it to be the heart of her dead husband and kept it with her until her death. It is fitting that this tomb in a Bournemouth Churchyard is now its last resting place in the grave of his widow, son and daughter-in-law.

Family historians can make use of this Headstone Collection to discover details about ancestors' dates of birth and death as well as their abodes and more. Look out for additional members of the family who are mentioned on headstones who have been missed out of other records such as children that died young or in far away places.

The International Headstone Collection is an ongoing project where every stone photographed or transcribed earns volunteers credits, which they can spend on subscriptions at TheGenealogist.co.uk or products from GenealogySupplies.com. If you would like to join, you can find out more about the scheme at: https://ukindexer.co.uk/headstone/