From showgirl to Dame of the British Empire

The records that were created by The Valuation Offices of the Inland Revenue, forerunner of HMRC, in 1910 for England and Wales were originally as a result of the People's Budget of 1909. The Liberal Government was in power and their Chancellor of the Exchequer, David Lloyd George MP, intended to introduce a property tax of 20% on increases in value when land changed hands. This new taxation would then fund the social welfare provisions included in his Budget. While the original purpose of the survey was to gather taxes, the records are extremely useful for family historians and house history researchers as they give descriptions of land and property, the owners and occupiers and links to actual plots on large scale Ordnance Survey Maps. 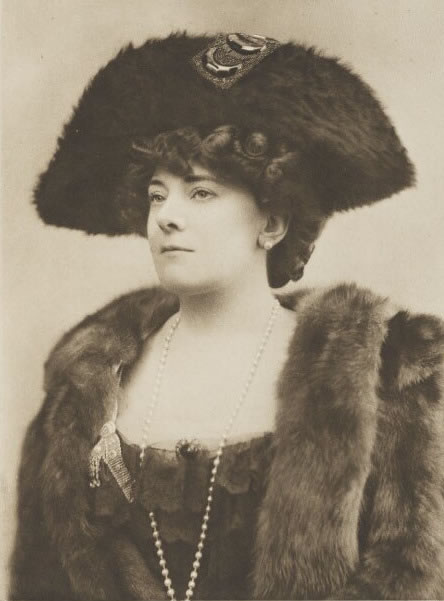 In TheGenealogist's release of IR58 records for Camden and the surrounding area, we are able to find the home of the captivating Lady Byron on the edge of Hampstead Heath. The house, once called Myrthwood, had changed name to reflect its owner and so is noted by the surveyor as "now Byron Cottage'' both on the map used to plot the property as well as in the accompanying field book. 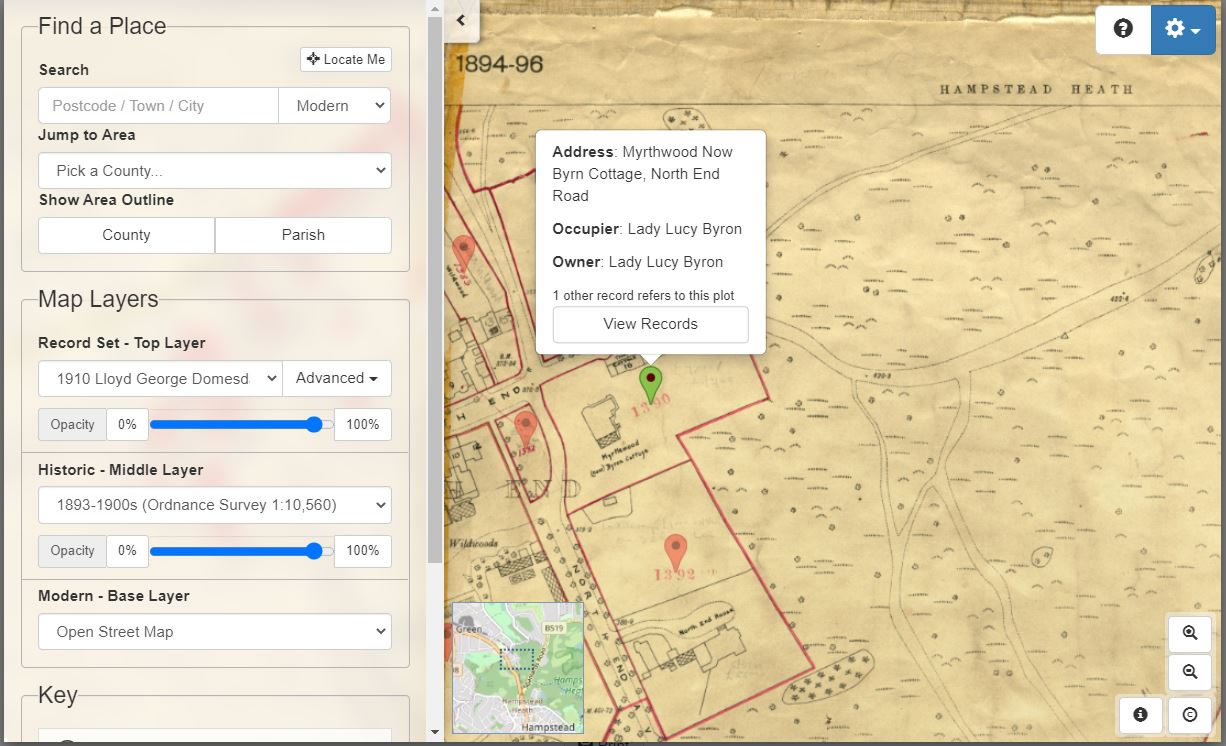 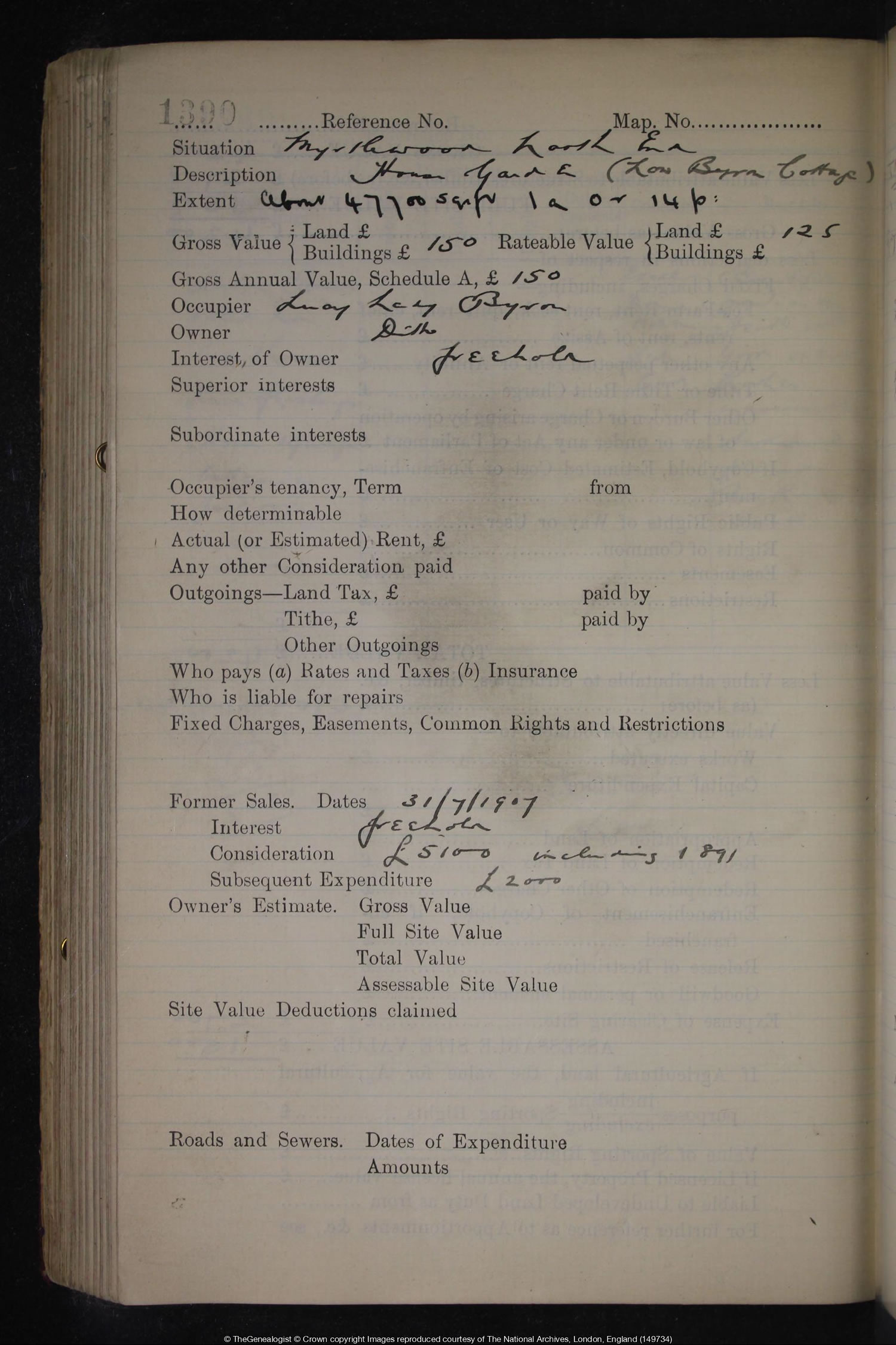 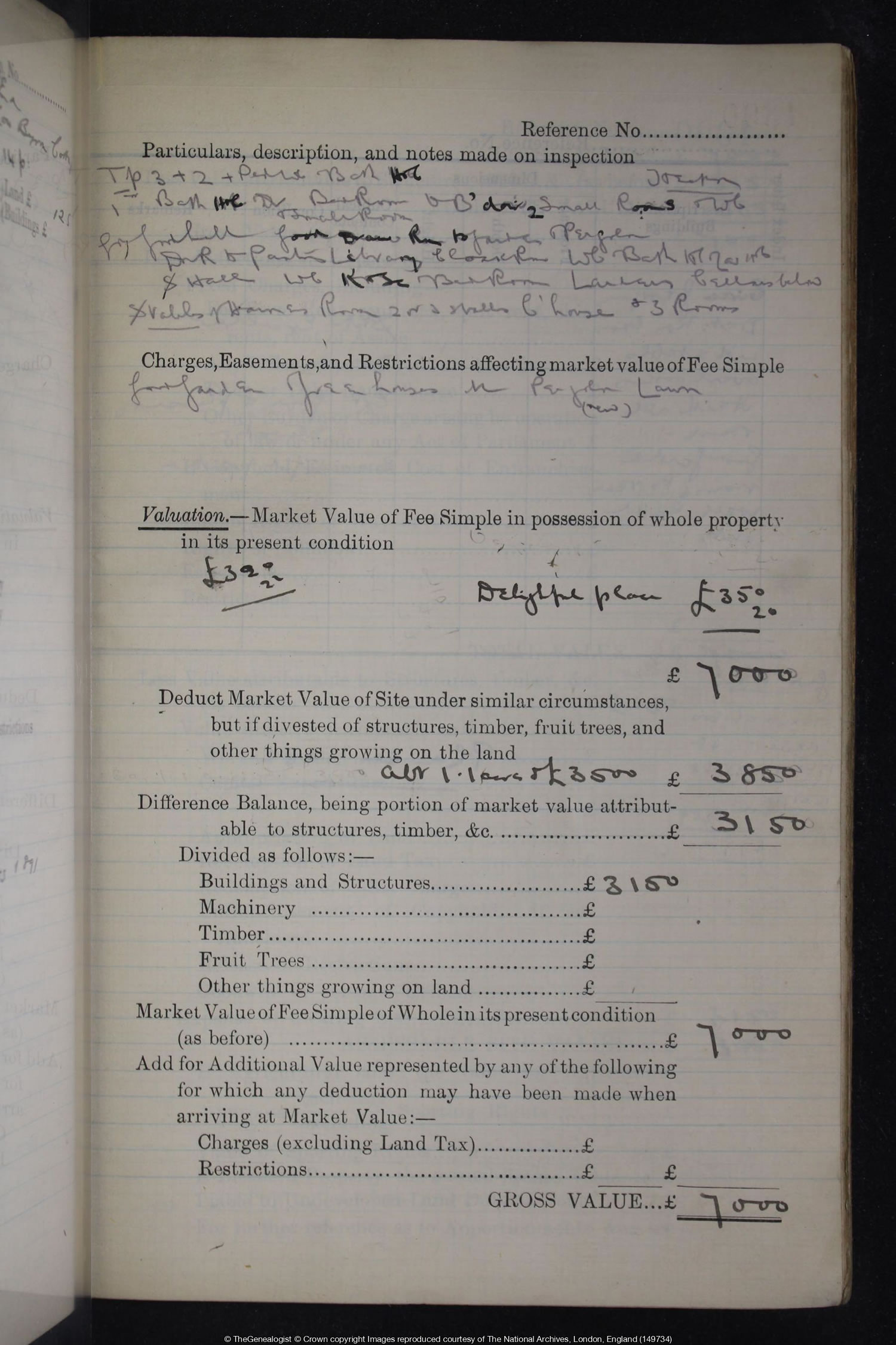 The surveyor would create a record of each piece of land which had been under separate occupation and record the value estimated as on the thirtieth day of April nineteen hundred and nine. In Byron Cottage's case we can read in the description that it had a good drawing room to garden and a Pergola. It had hot and cold water in the bathrooms and included stables and a harness room.

Lucy was at this time married to Lt. George Frederick William Byron, 9th Baron Byron who was a descendant of the family of the Romantic movement's Lord Byron. The 7th Baron having inherited the title from his cousin George Gordon Byron, the great English poet, the peerage had then passed down their line to Lucy's husband. Before he had married her, however, the 9th Baron had been made bankrupt, having been swindled by a society con-woman. The way out of his predicament for the impoverished aristocrat came when he accepted the marriage proposal from Mrs. Lucy Broadhead, a divorcee formerly married to Theodore Francis Brinckman, the son of Sir Theodore Brinckman, 2nd Baronet. While becoming Lady Byron, Lucy agreed to pay off Byron's debts, being a very wealthy woman in her own right.

While married to Lord Byron she was active in the suffragette movement, supporting it with her financial backing and famously standing bail for Mrs Emmeline Pankhurst. During World War I Lady Byron strongly supported the war effort and was behind the sending of matches to soldiers serving overseas in boxes labelled 'A Match for Our Matchless Troops from Lady Byron'. She also was behind a 'Give Him Socks' campaign. When her husband Lord Byron died on 30 March 1917 that same year she was appointed Dame Commander of the Order of the British Empire (DBE) for her creation of the Bluebirds' Nest, a rest home on Hampstead Heath for nurses serving on the Western Front. The house she chose to use was number 11 Tanza Road near Parliament Hill. 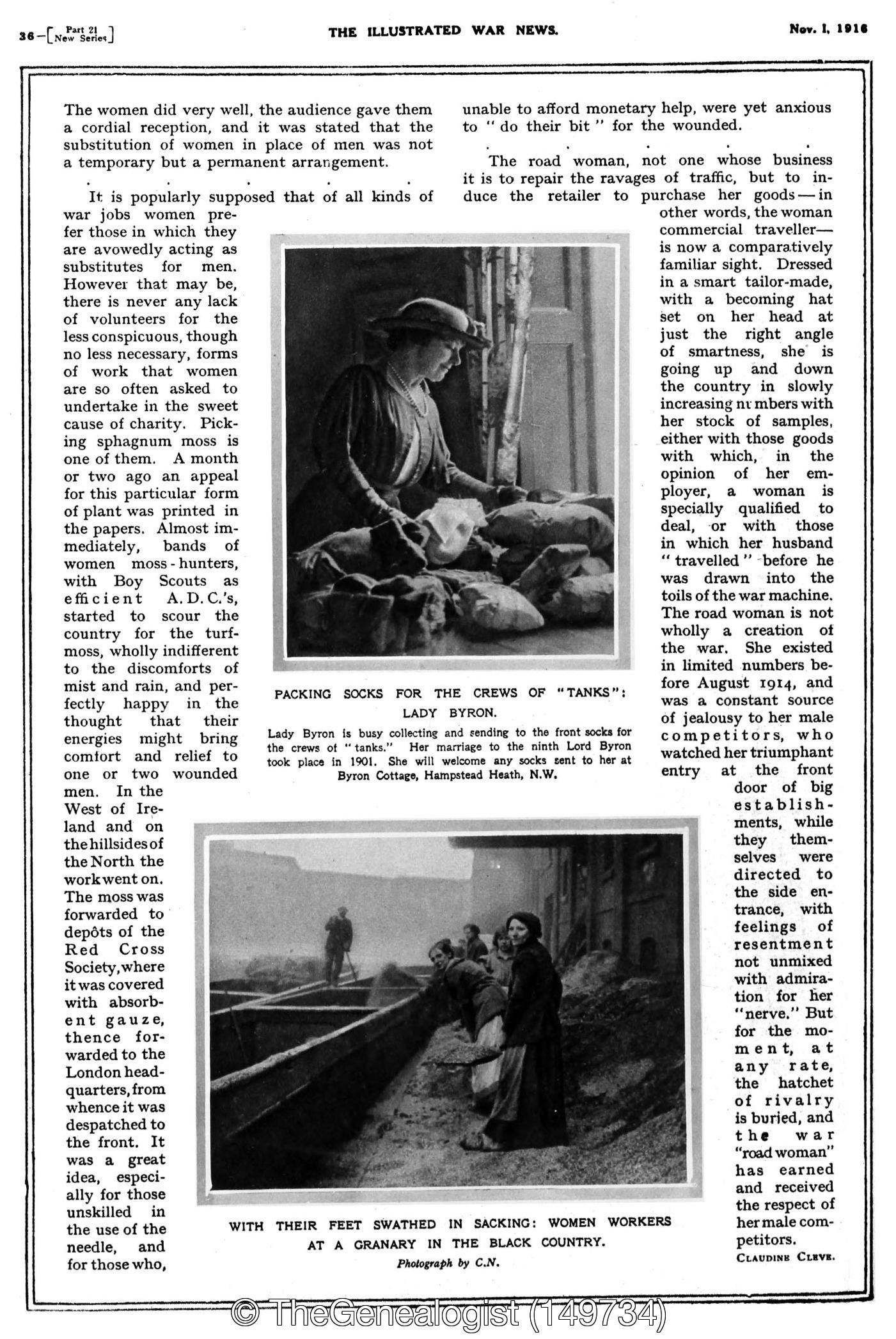 We are able to use the IR58 property tax records for Camden and its environs on TheGenealogist to search for this address. The Map Explorer™ reveals just how well situated it is for Parliament Hill on Hampstead Heath. Lady Byron had bought this house for nurses made tired from serving on the Western Front to have respite and the maps show that it would have given them pleasant access to the area of open parkland in the south-east corner of the Heath in north-west London. The hill itself is 98 metres high and well known for its views of the capital's skyline. At the time of the Lloyd George Domesday Survey, however, the house was in the hands of owner occupier J Paterson. 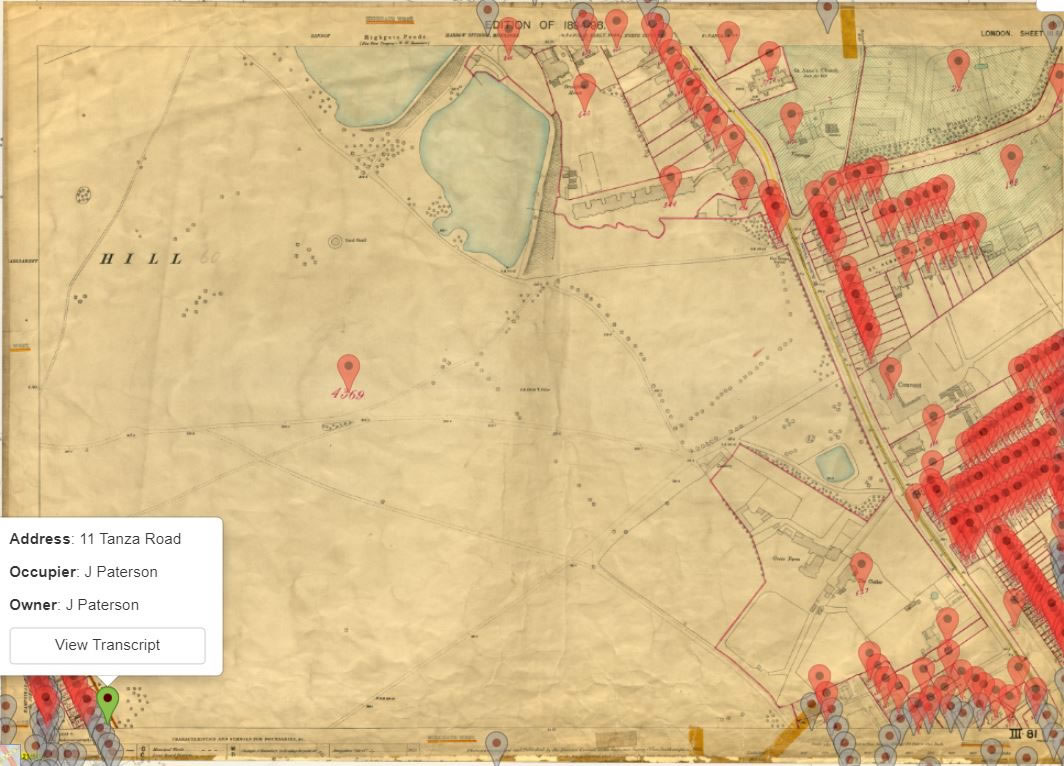 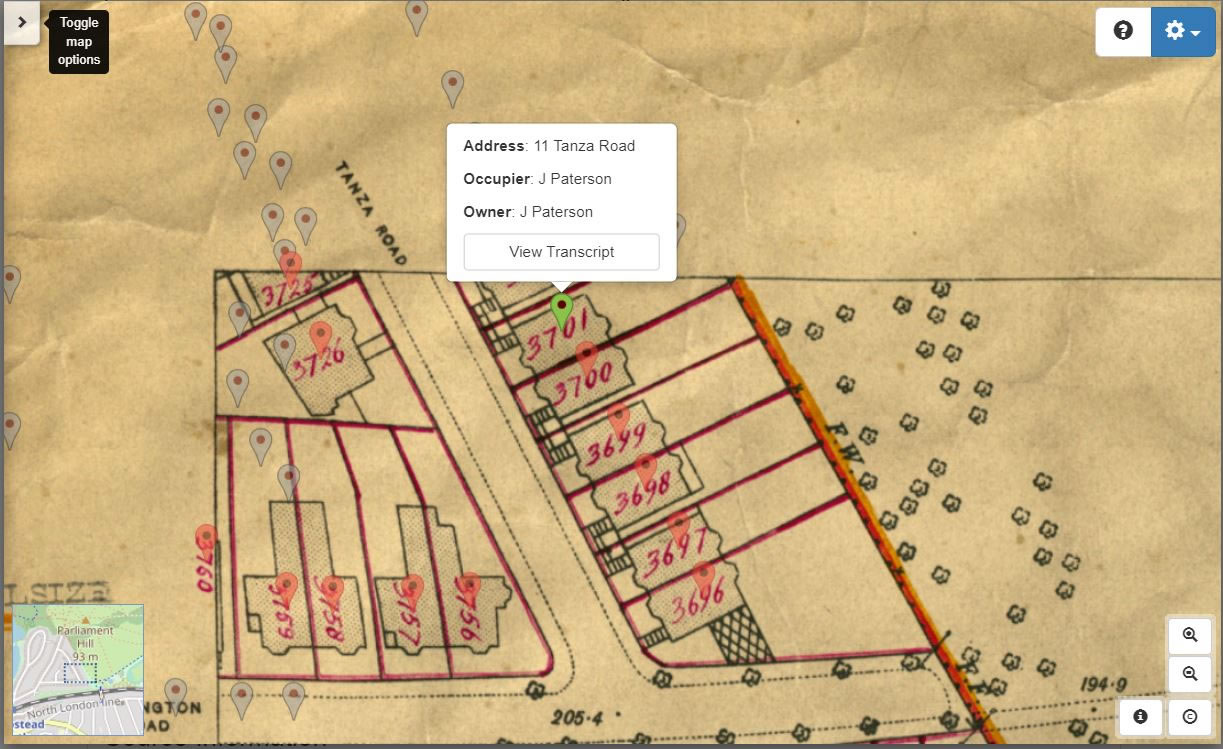 11 Tanza Road, that would become Bluebirds' Nest rest home for nurses from the Western Front 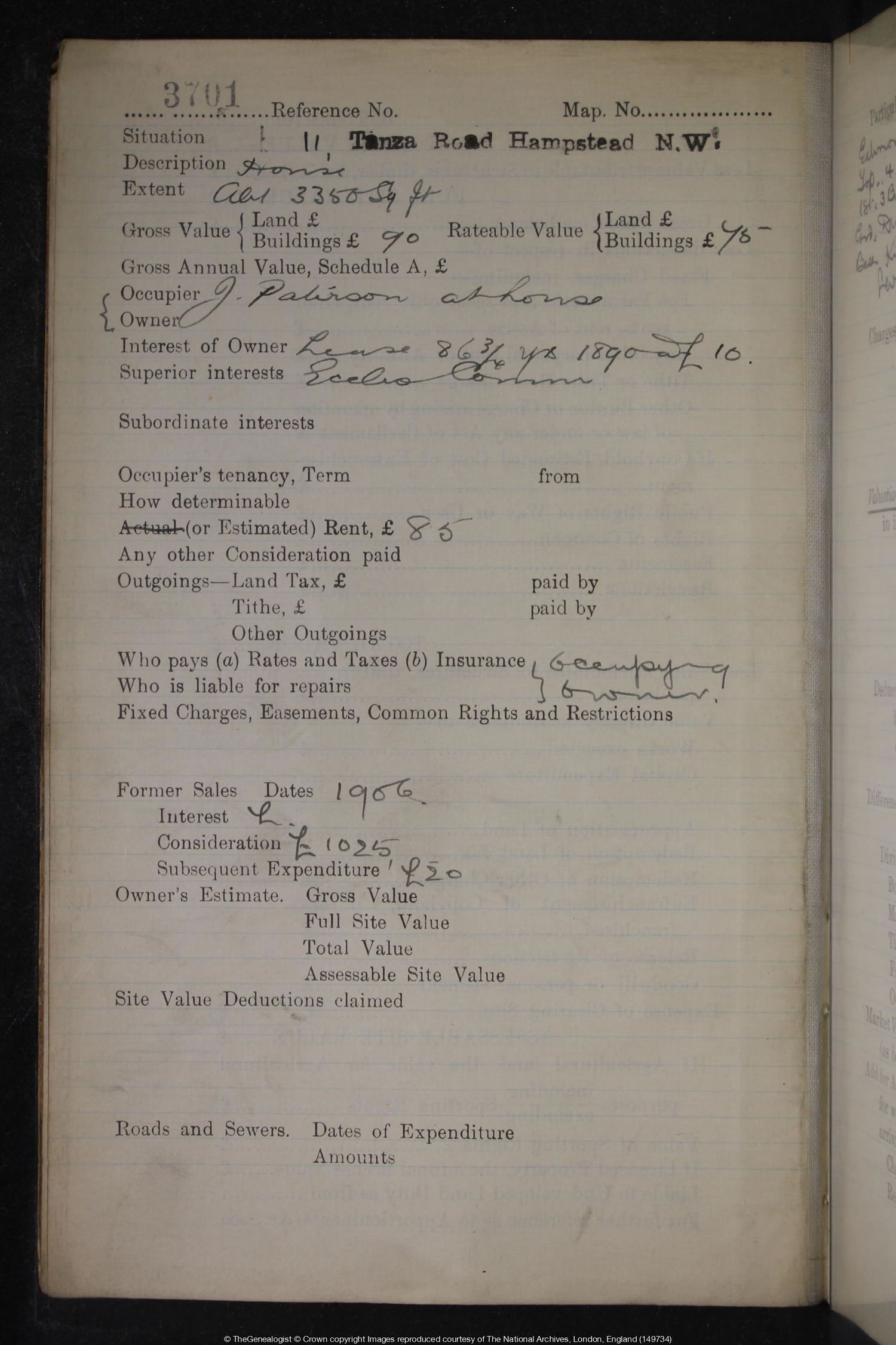 Dame Lucy, Lady Houston and Lady Byron before that, lived an interesting life and died at her home, Byron Cottage, in December 1936 aged 79. Lucy had married for a third and final time to Sir Robert Houston, 1st Baronet, Member of Parliament for West Toxteth, and a shipping magnate in 1924. As Lady Houston she gave generously to British aviation and is known for her 1931 donation of £100,000 to Supermarine, allowing them to win the Schneider Trophy in that year.

Her earlier days were as fascinating as her later ones. Born in April 1857 as Fanny Lucy Radmall she was the fourth daughter of Thomas Radmall, a woollen warehouseman and draper, and Maria Isabella Clark. Her place of birth was at Lower Kennington Green, Lambeth, and she was the ninth child of her parent's ten children. As a young woman, she took up professional dancing, and became a chorus girl known as "Poppy".

Then at the tender age of sixteen, she had a relationship with a wealthy man who was twice her age. For ten years she became the mistress of Frederick "Freddy" Gretton, whose family were co-owners of the Bass Brewery. When Gretton died in 1882, and much to the disgust of his family, he left her a legacy of £6,000 per year – an enormous sum at that time.

In her life she championed the War Effort, the Suffragette Movement, British aviation and the armed forces. Her wish for Britain to have strong leadership meant she considered funding Sir Oswald Mosley at one time, but copy written in his publication The Blackshirt had painted what she thought were insulting references to her and so he never received her financial backing.

These Landowner and occupier records from the 1910s have allowed us to find two of the London properties with strong connections to this unusual woman. TheGenealogist is undertaking to make available online the Field Books linked to a set of digitised historic maps that are contemporary to the period. This mammoth project is ongoing with over 94,500 Field Books, each having hundreds of pages to conserve and digitise with associated large scale IR121 annotated OS maps. As each area is released, family history researchers and house historians are able to pinpoint an ancestor's address on the highly detailed map that will zoom in to show the individual properties as they existed in C1910.