Finding the home of a Victorian Quaker industrialist

Many of you will have used the census records in order to discover where an ancestor lived. These records give us really useful information such as names of the household, ages and places of birth. They also provide us with an address for where they were recorded at the time. The next step for the curious is often to turn to a map to see where the house in which the ancestor was recorded as living in, or visiting, was located in the town or area in the countryside.

Now it is possible to jump straight from the census result on TheGenealogist to pinpoint where the household had been on the night of Sunday 5 April 1891, at the time that the 1891 census was taken. This allows their Diamond subscribers to see the plot, street or parish on a number of georeferenced maps using its Map Explorer™ and so explore the vicinity around where their forebears had lived.

Over the last few months TheGenealogist has been adding this useful ability to see the neighbourhood as it was then, and compare it with how it is today, using a number of records including the 1939 Register, the 1911, 1901 and now the 1891 census.

Let us look at the example of one of the brothers running the famous cocoa and chocolate factory, George Cadbury. 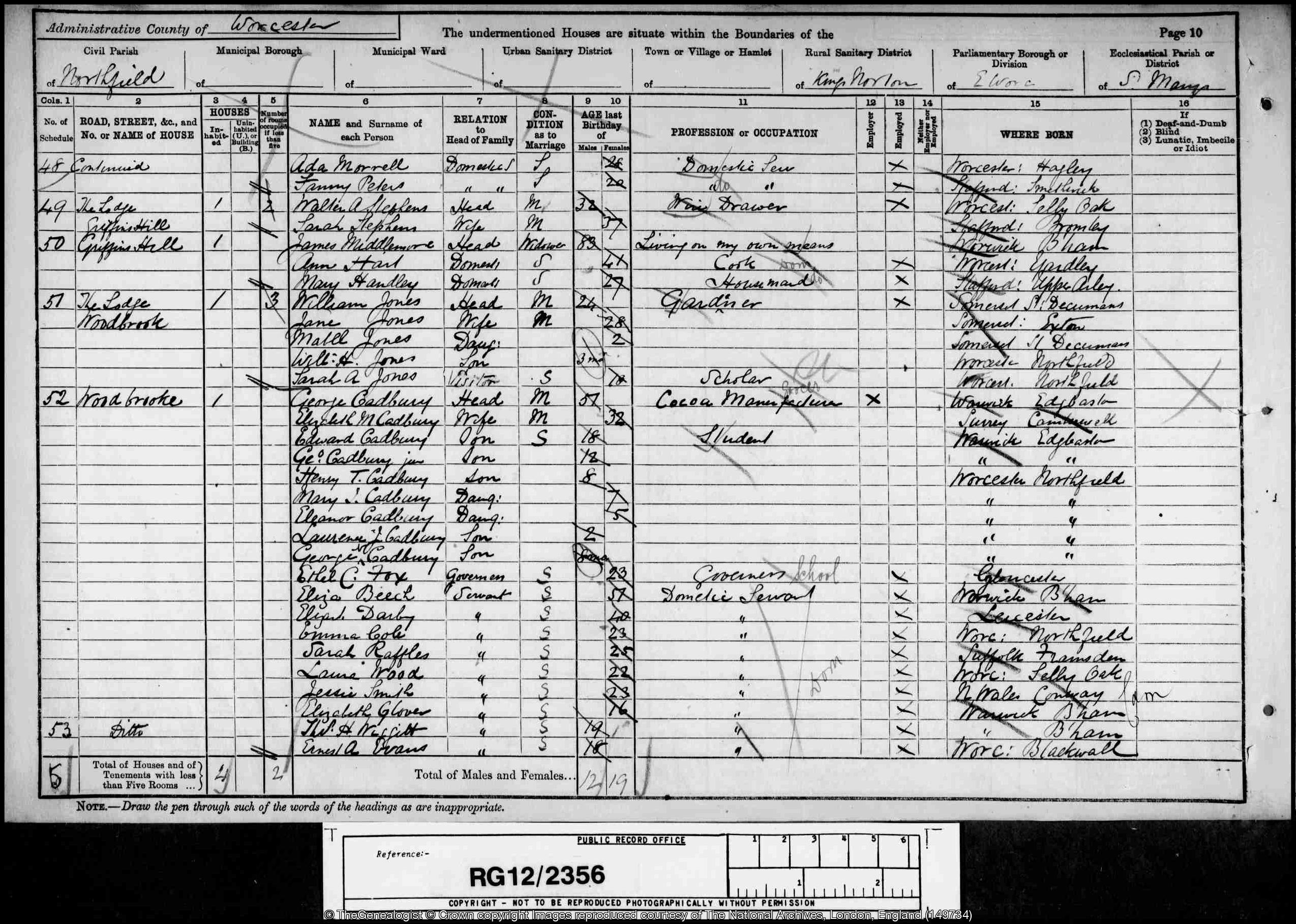 George Cadbury was the third son of the founder of Cadbury’s and with his brother, Richard, took over the family business. In the 1891 census he was living at Wood Brooke in the Northfields area to the south of Birmingham. A search using TheGenealogist will provide a transcript of the household in the 1891 census together with a map beneath. To discover more about the surrounding area and see the neighbourhood simply requires us to click on that map which will immediately open up TheGenealogist’s powerful Map Explorer™. We can now see the property displayed as a large red pin in its locality with smaller pins of neighbouring households. 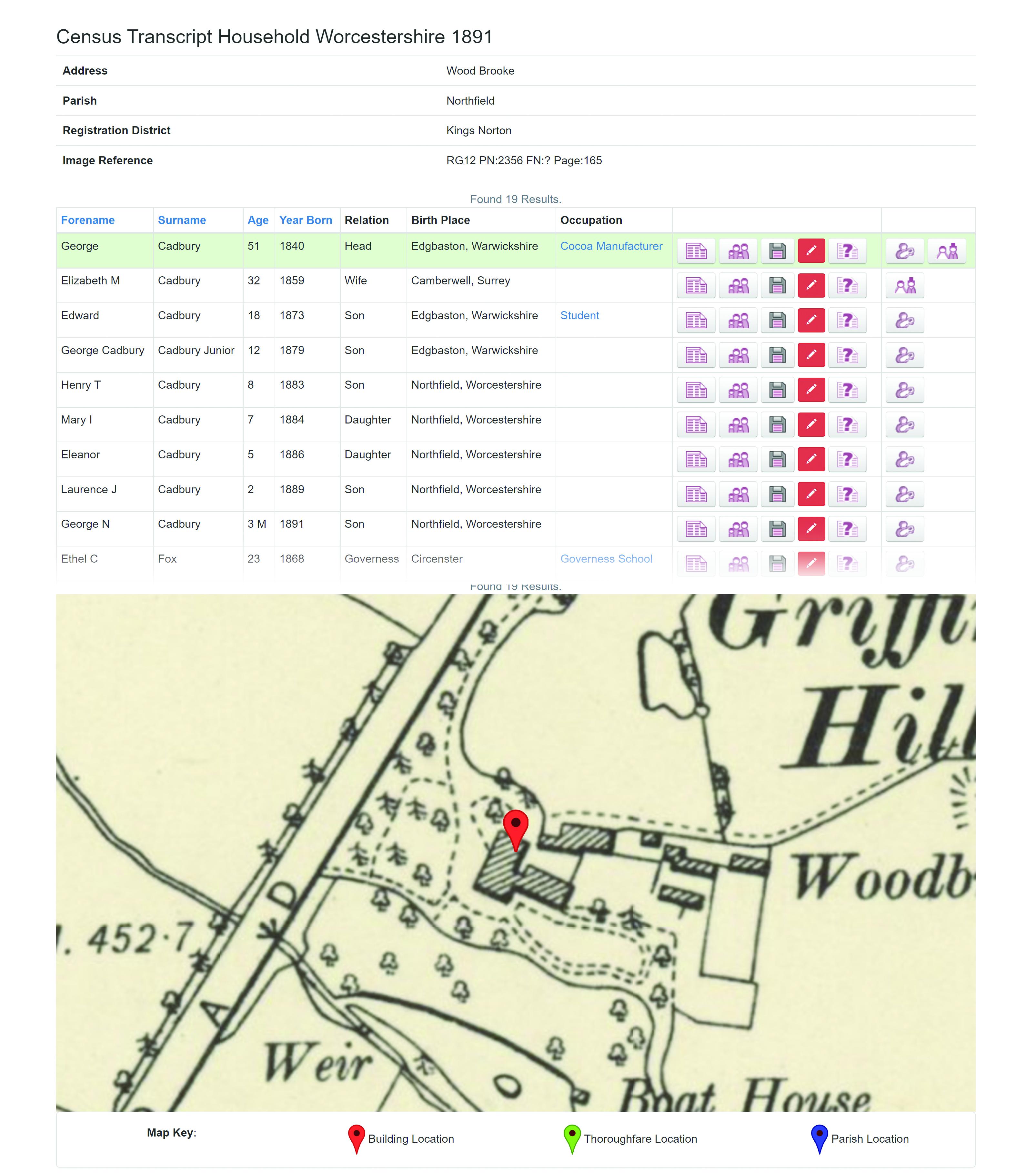 With one click on this map the researcher will be taken through to TheGenealogist’s Map Explorer™ and so be able to make use of its ability to see the neighbourhood in detail. Using the ability of this resource to easily switch between historical and modern georeferenced maps allows us to see that today the nearby Bristol Road has become a busy dual carriageway, where once it had been just a tree lined road.

The aptly named Northfield area, over the road from George Cadbury’s home and once rural fields, is now intensely built upon. Meanwhile, consulting the modern map shows us that his former home is today Woodbrooke Study Centre, a Quaker college. This is reputed to be the only Quaker Study Centre in Europe and it was founded by George Cadbury in 1903. 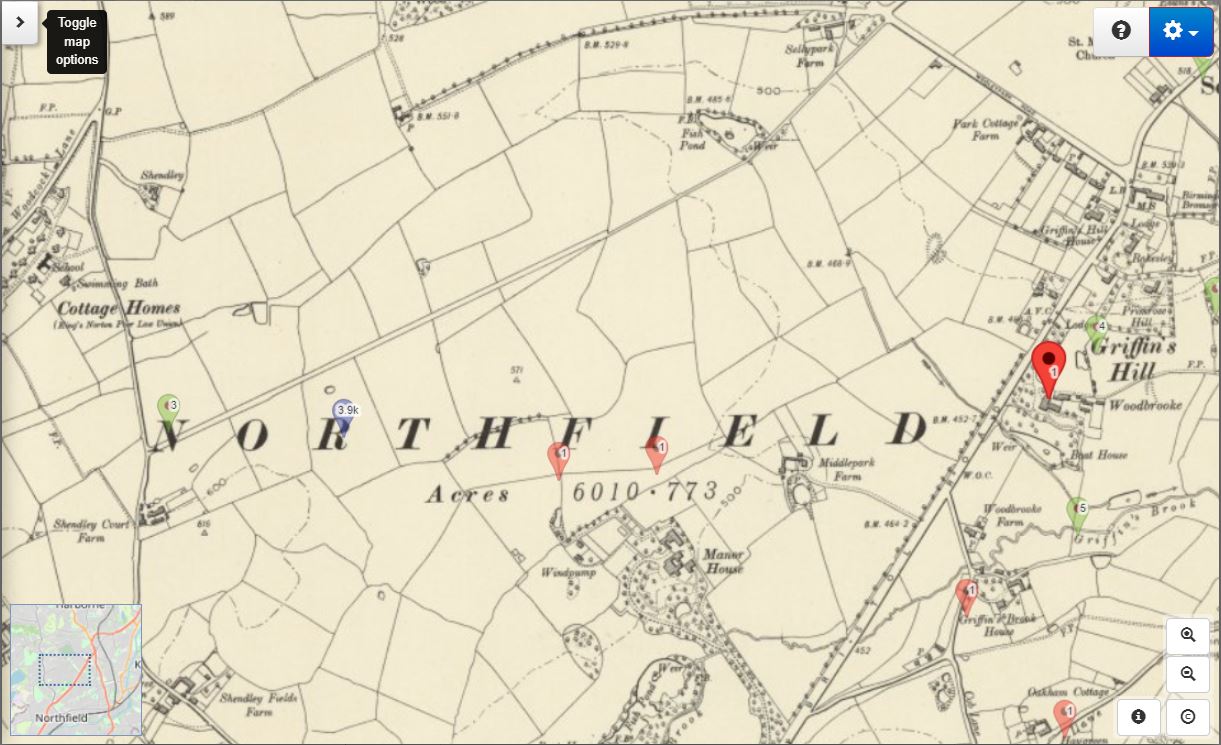 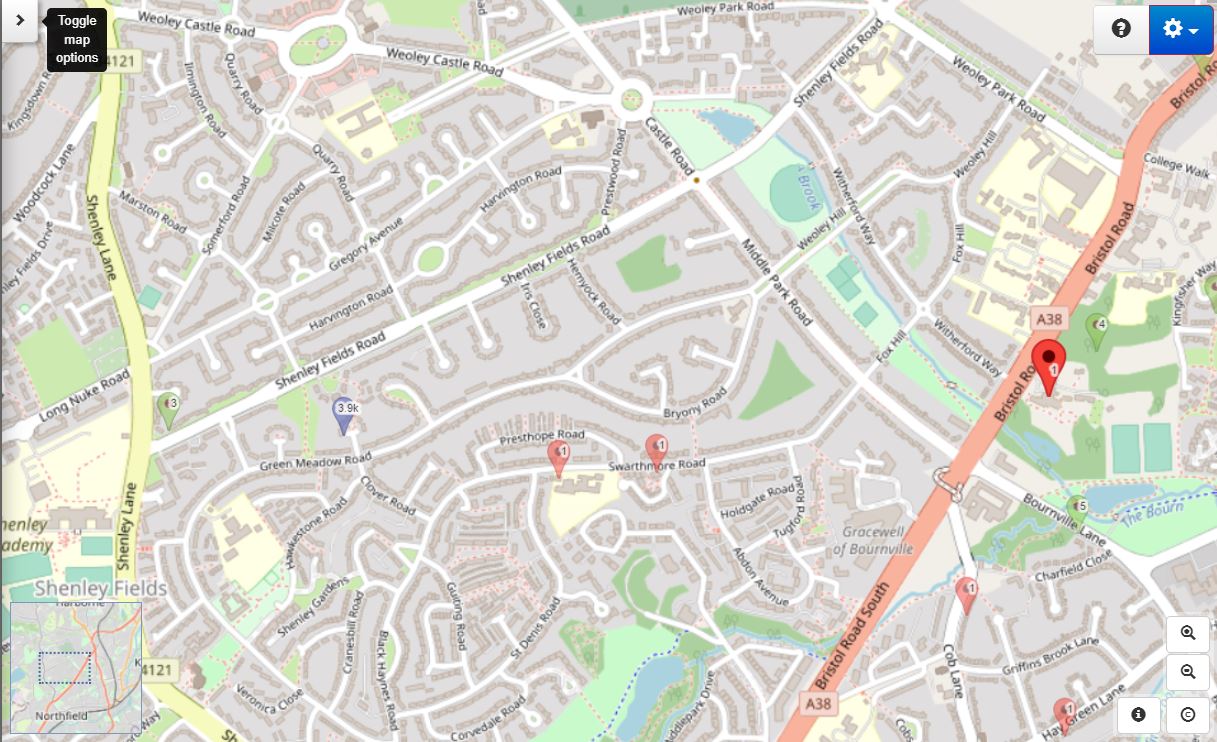 Today the area has been built upon as seen on Map Explorer™ using the modern Open Map. 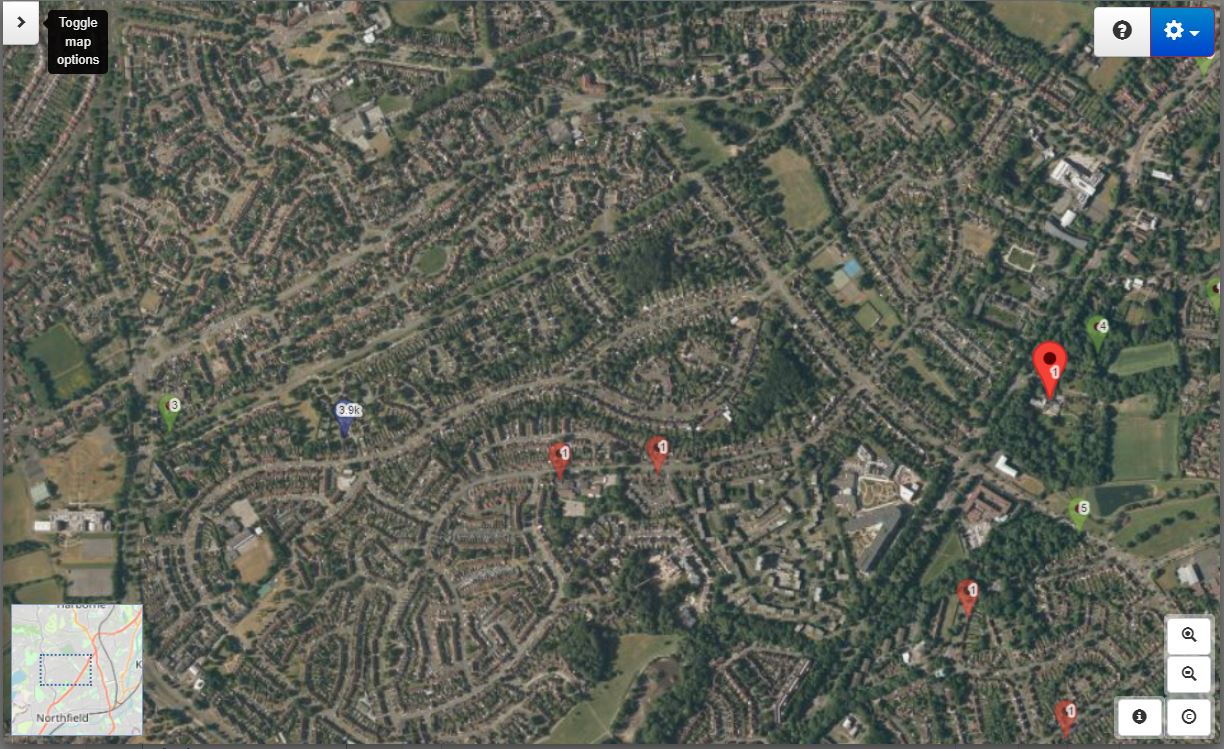 With the power of the Map Explorer™ we are able to look in more detail at the surrounding district, perhaps in more urban areas locating railway stations, theatres, public houses, main routes and more that our ancestors may have known.

Adding mapping to the 1891, 1901, 1911 censuses and the 1939 Register has made researching the neighbourhoods of our ancestors easier and more interesting. Using TheGenealogist’s records linked to their detailed maps allows us to see more accurately where our ancestors' houses had been situated on maps that will go down to street or parish level. While other sites may have maps available to their subscribers, TheGenealogist’s Map Explorer™ linked to the records will allow the researcher to more precisely pinpoint where a property had been than on most of the alternative websites. As such it is a powerful tool for family historians to use in their research.