In the 1910s the Liberal government of David Lloyd George had the Inland Revenue undertake a massive survey of owners and occupiers of the country in order to introduce a property tax that would pay for the social welfare provisions included in the People's Budget of 1909.

From the family historian's point of view this has provided us with a unique combination of maps and residential data, held by The National Archives (TNA), and which TheGenealogist is making available online. It is somewhat fitting, therefore, to take a look at that area of Richmond upon Thames that was eventually to be developed into the home of TNA that we all know and love today.

As we can see from the large scale OS map, used by the Valuation Office when it surveyed this area, there were no buildings on the site in the 1910s. The villa houses that make up Ruskin Avenue can be seen not leading up to the gate of The National Archives, as they do today, but to an open triangular area bordered by the railway line and the towpath next to the River Thames. 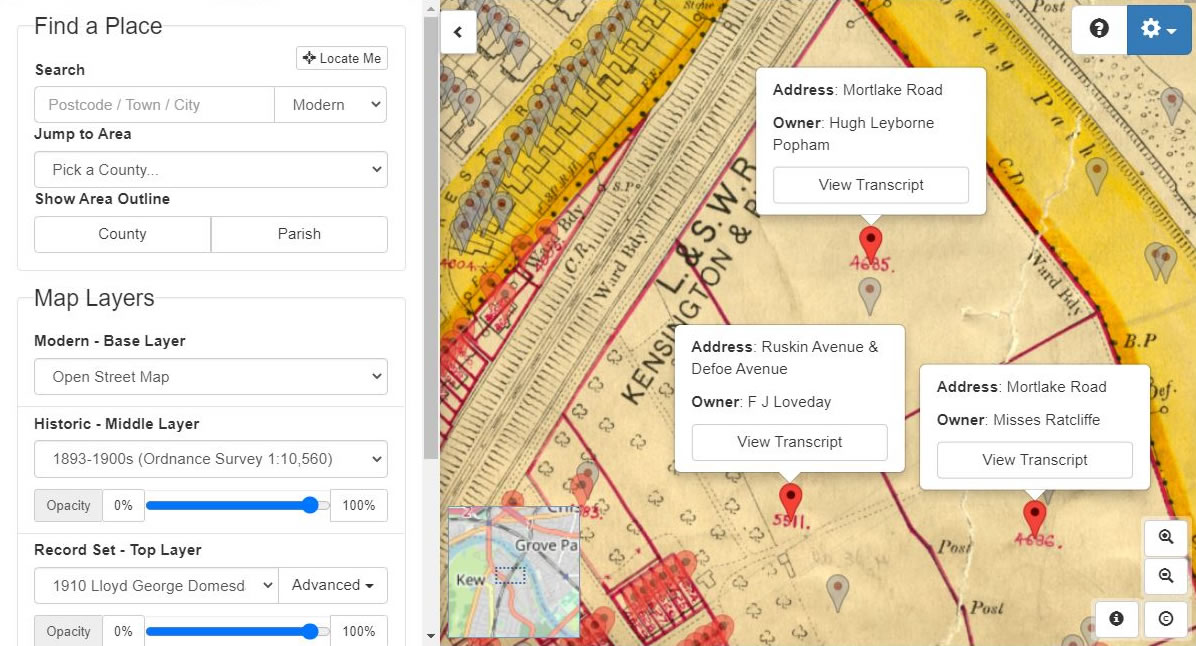 Using the Map ExplorerTM and clicking on the pin over plot 4685 we are able to find the freehold land owned by Mr Hugh Leyborne Popham. The accompanying field book record tells us that the land was used at this time as a market garden. It was "near the river and said to be below the high water mark". This survey was carried out before the start of WW1 and on TNA's own website1 there is a piece that says that "The Thames-side site of some 6½ acres on which the new PRO at Kew has been erected was originally the location of a First World War hospital, whose buildings have been used subsequently as offices by a number of Government departments." From this we may deduce that Hugh Leyborne Popham had sold his land just after this survey was taken. 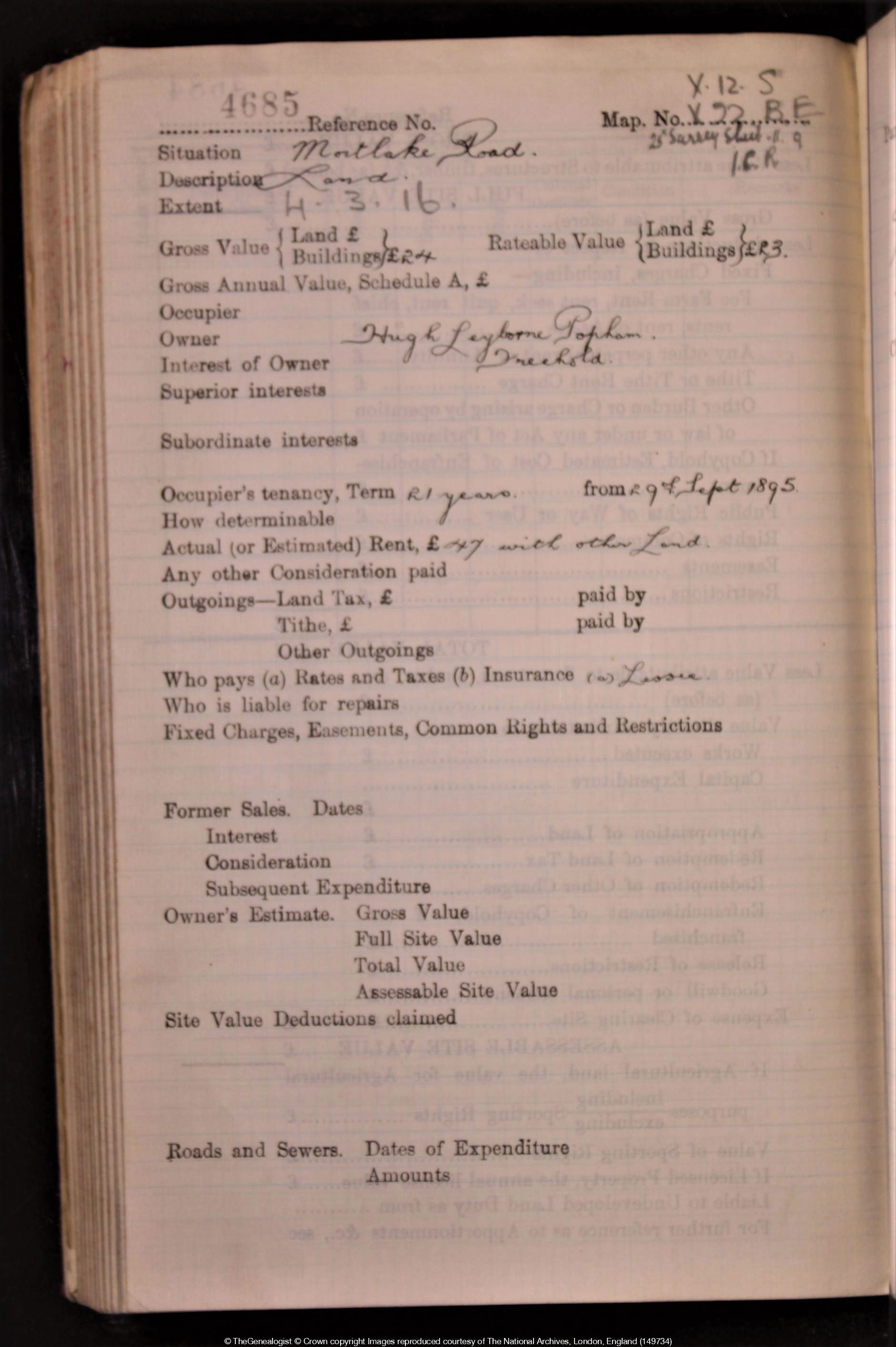 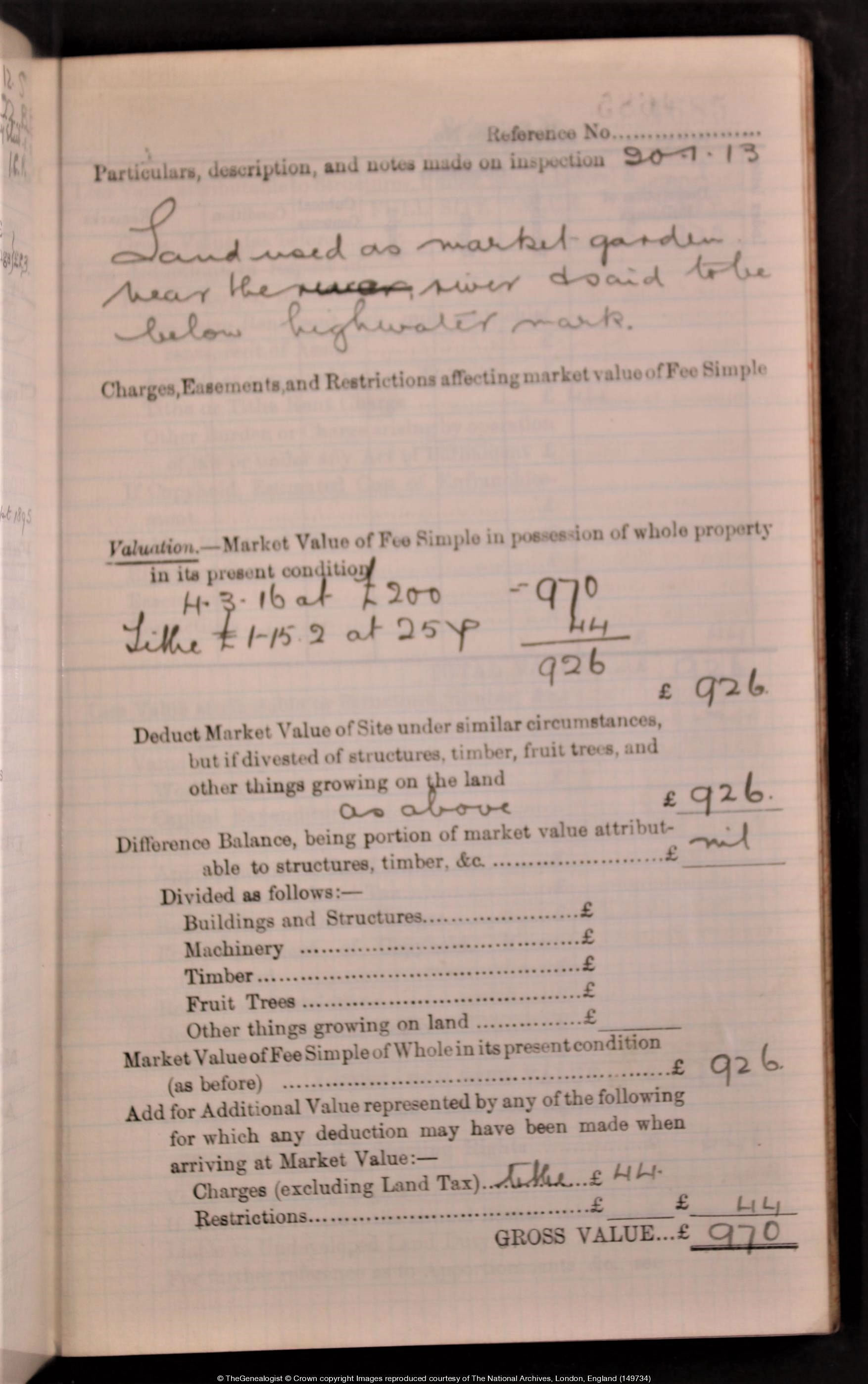 Office on The Green 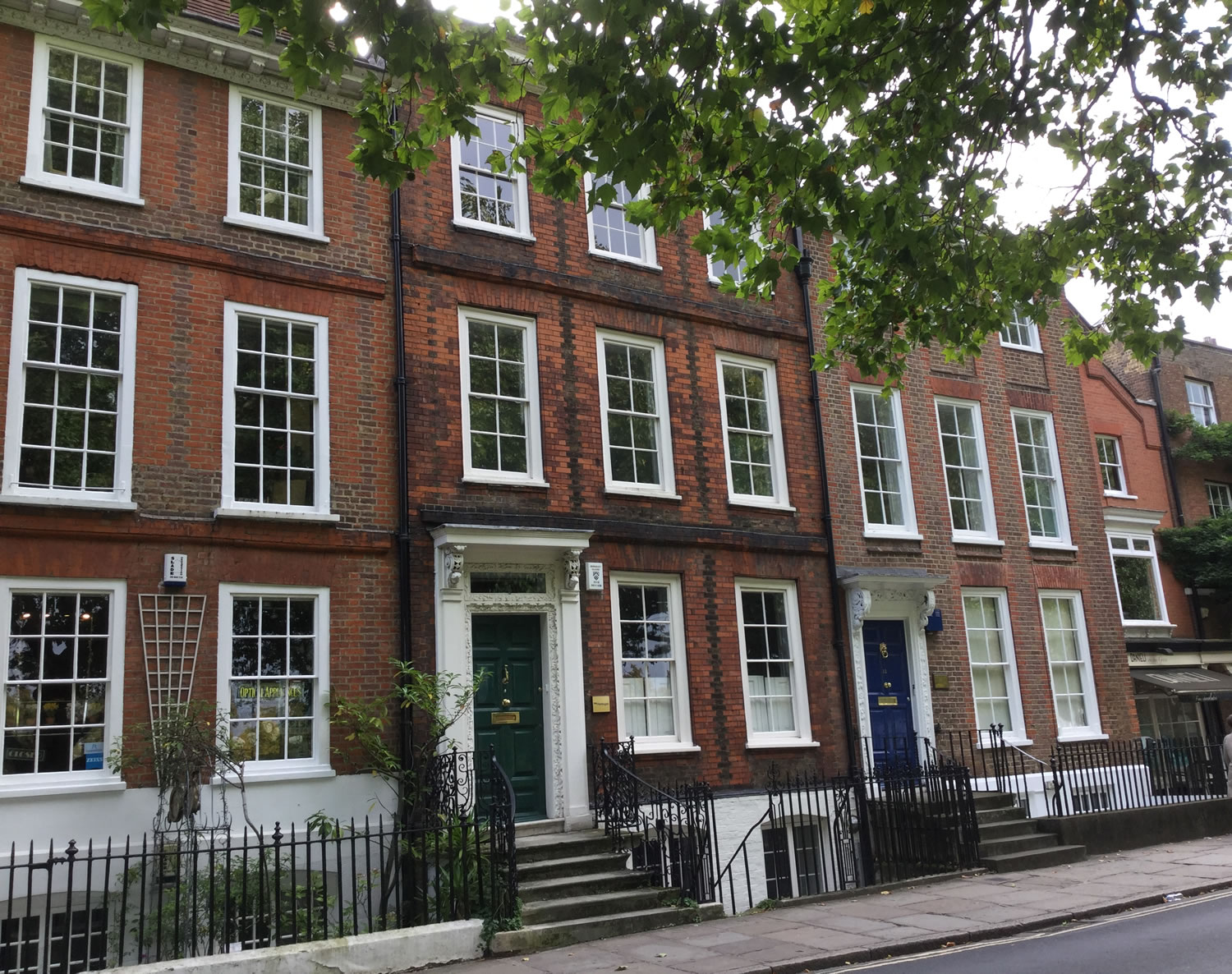 While I was investigating Richmond in these owner and occupier records from the 1910s I had a look to see if I could find my step-grandfather's office in the town. He was a great influence on my early life, I particularly remember him for being very proper and ultra tidy. Grandpa, as I called him as my biological grandfather had died well before I was born, was from a line of several Richmond upon Thames architects.

By the time that the Lloyd George Domesday Survey was taking place (on 4th February 1914 in this particular case and months before the First World War was declared) their practice was called Brewer, Smith & Brewer. I had a photograph of the street taken in 2017 and it appeared from the outside to be a very smart looking building. Now, however, by searching for the address in these newly released records on TheGenealogist I can see a description of the property as it would have been when they were its lessees. Number 11, although a swanky address on The Green in the centre of the town, had problems. A look at the description in the field book reveals that the partnership was doing business from a building that the surveyor's report details as being in "Bad repair & tumbledown".

I wonder if this was a case of professional rivalry as Brewer Smith & Brewer were also surveyors and architects, or was it that the owner of the building was not willing to spend any money on it with war clouds gathering? 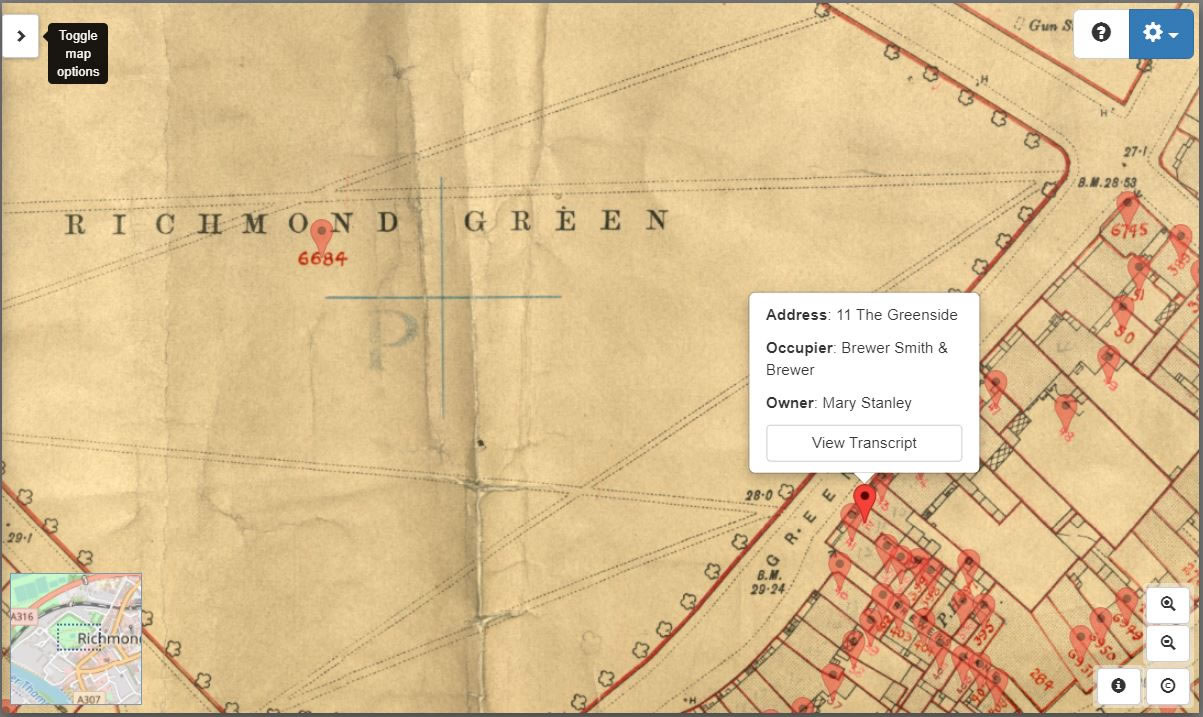 11 The Greenside on Richmond Green What will you find in these unique property ownership and occupier records on TheGenealogist?