George Harrison was born in Liverpool in 1943 to Harold H Harrison and Louise French. His birth is to be found in the English Civil Registration records on TheGenealogist and then by using the Parent's Potential Marriage SmartSearch feature (third icon along as shown in the image of Birth Record transcription below) we can discover that George's parents had married in 1943, also in the Lancashire city.

But it is simple to go back a generation and to make a connection from Liverpool back to a small townland in County Wexford, Ireland where his mother's family had lived for hundreds of years. If we follow this Irish line back even further, through a number of centuries, we would find that George's ancestors came from Norman overlords who were originally from France. 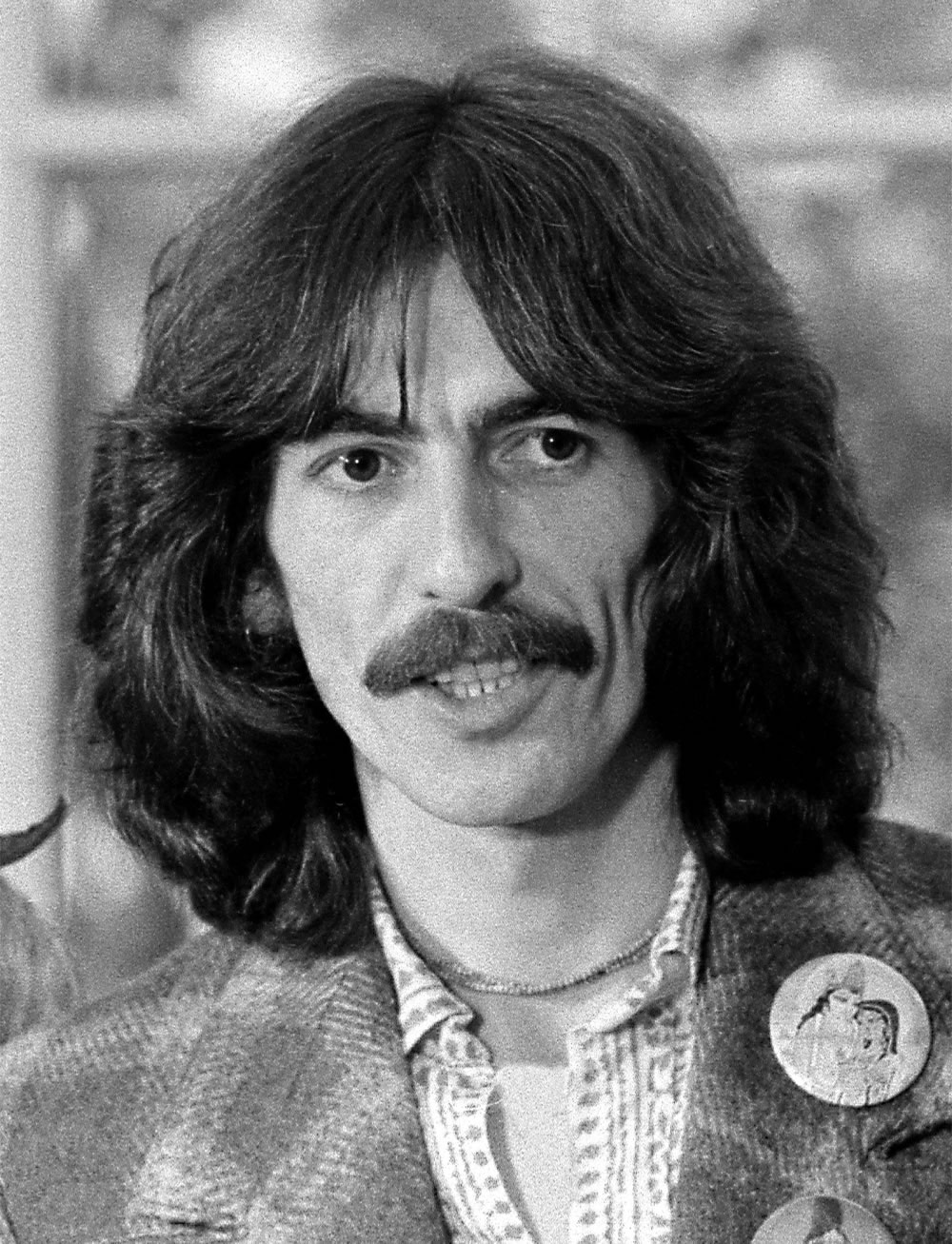 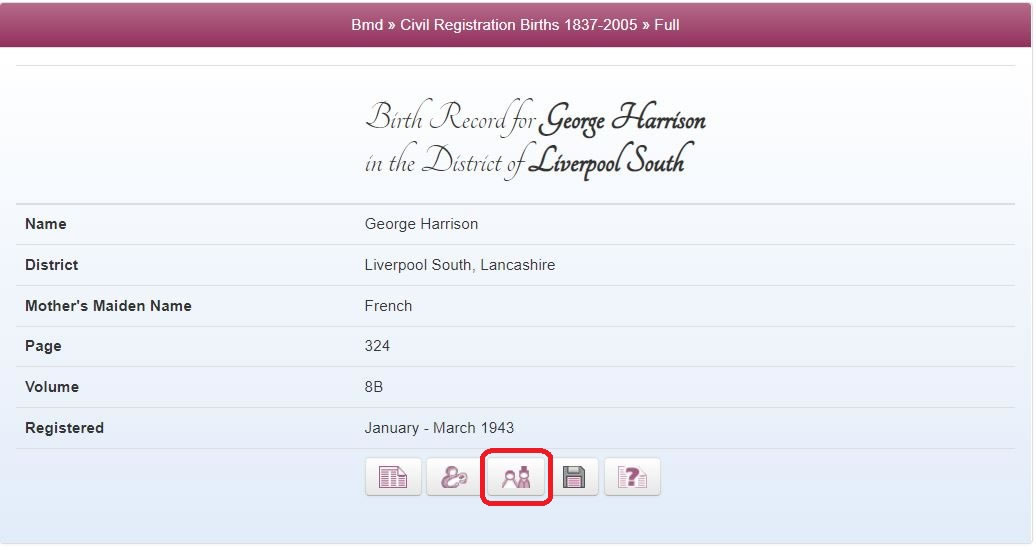 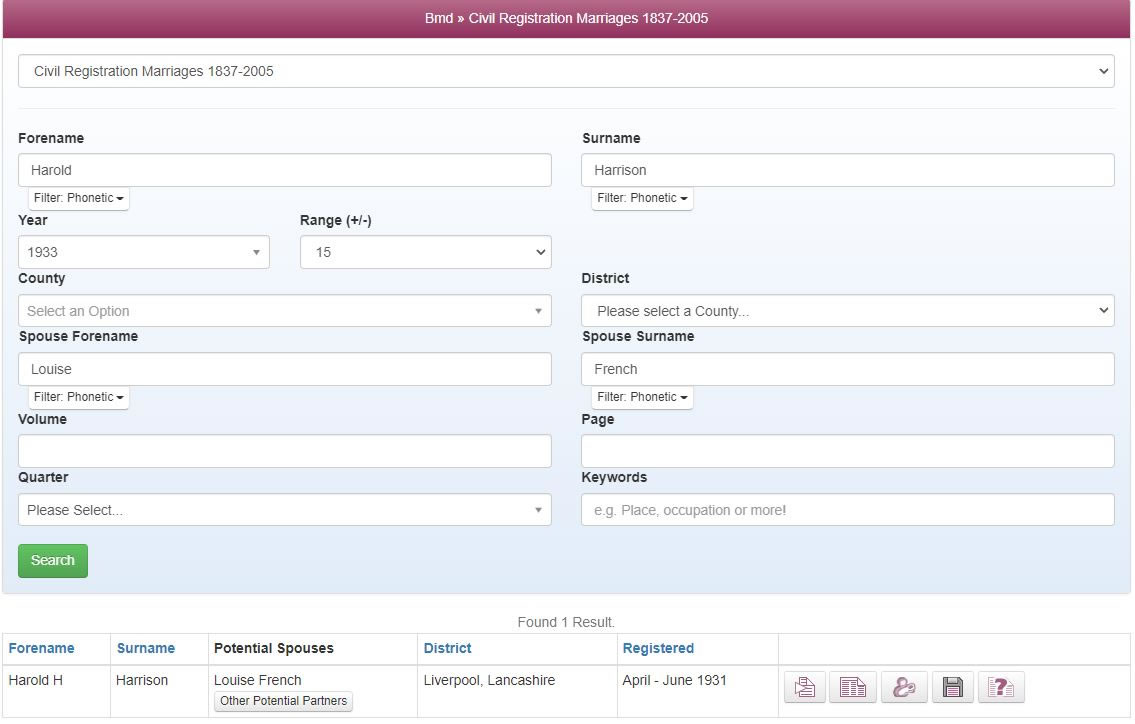 George's maternal line were the Frenchs, whose name was sometimes written with a double F as Ffrench. It is a topographical name that originated in France for someone who lived near an Ash Tree or Ash Wood, being derived from the Old French "fraisne, fresne", or Ash Tree. The name was introduced by the conquering Normans to England and then one branch of this Norman family obtained lands in County Wexford, Ireland where they were placed in lordship over the native Irish. Here the Ffrenchs established themselves at Ballytory castle near Tacumshane. With the rise of Oliver Cromwell, however, and his brutal suppression of Ireland including the massacre in Wexford, the Catholic Ffrenchs were stripped of their land and some of them left for Spain while others moved to other areas of Ireland. Of those that remained in Ireland part of the family managed to rise again to some civic prominence, while some became poor and went down the social scale to farm small holdings in the Wexford countryside where their ancestors had once been dominant.

George's grandfather was called John French and he emigrated to Liverpool where he joined the Police Force in that city. He married a local woman named Louise Woolam and together they had seven children including a daughter, also called Louise. She would become George's mum in 1943. John French's emigration to Liverpool seems to indicate that he was from one of the poorer arms of the family and the records on TheGenealogist seem to bear this out.

Our first Irish Record for George's maternal grandfather is a baptismal entry at Ferns, Wexford for the 31st March 1870. From the Transcript we are able to see that his father was called James French and his mother was Ellen neé Whelan. A link is provided under each of the transcripts to view the registers on the National Library of Ireland's website. 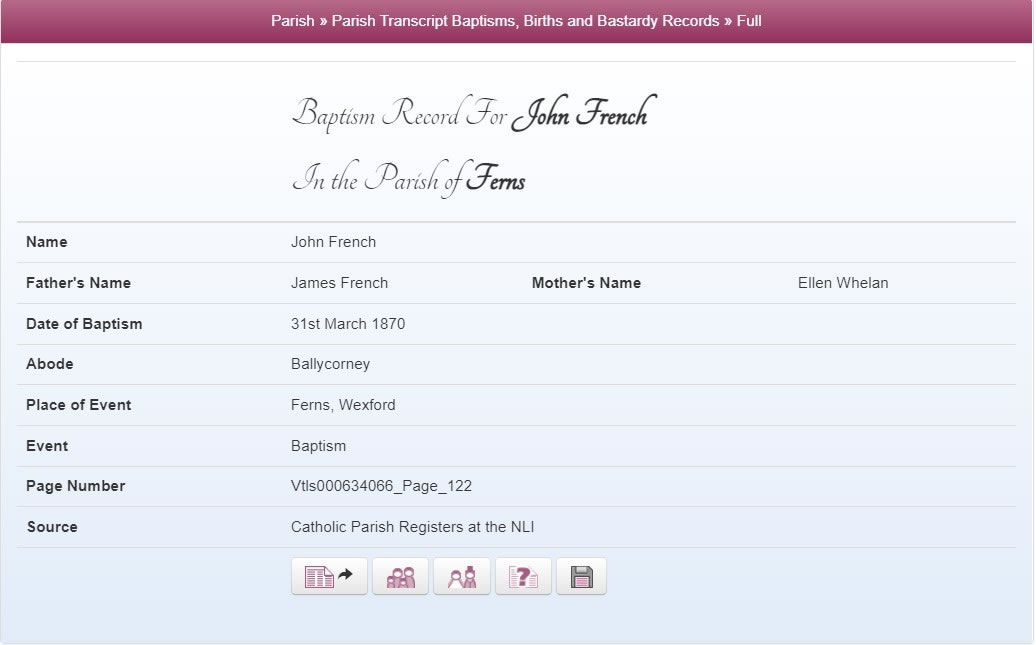 Using the SmartSearch to look for the parent's marriage record allows us to see that the Groom's parish or abode was recorded as being the same as his bride's at Ballycarney. The witnesses are both from the bride's family, Thomas and Mary Whelan. Ballycarney turns out to be a village close to the Townland of Corah where in the Griffiths Valuation James Whelan is recorded in 1853 leasing just over 2 acres of land. It is likely that James Whelan was Ellen's father and her marriage witnesses were her brother and sister. This then is the Irish family of George Harrison, one of the Fab Four. 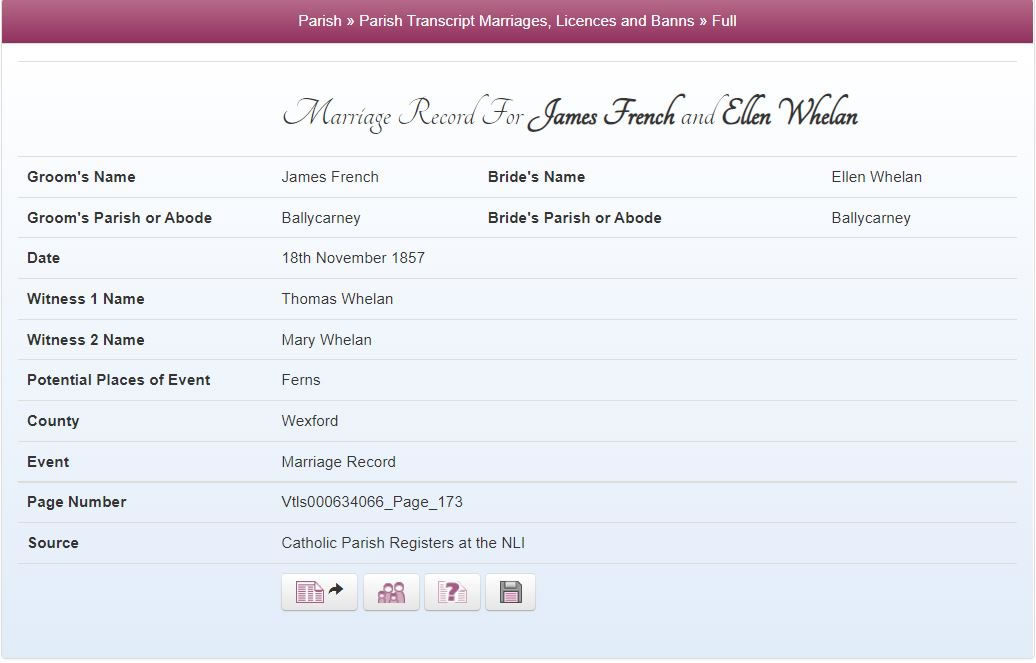 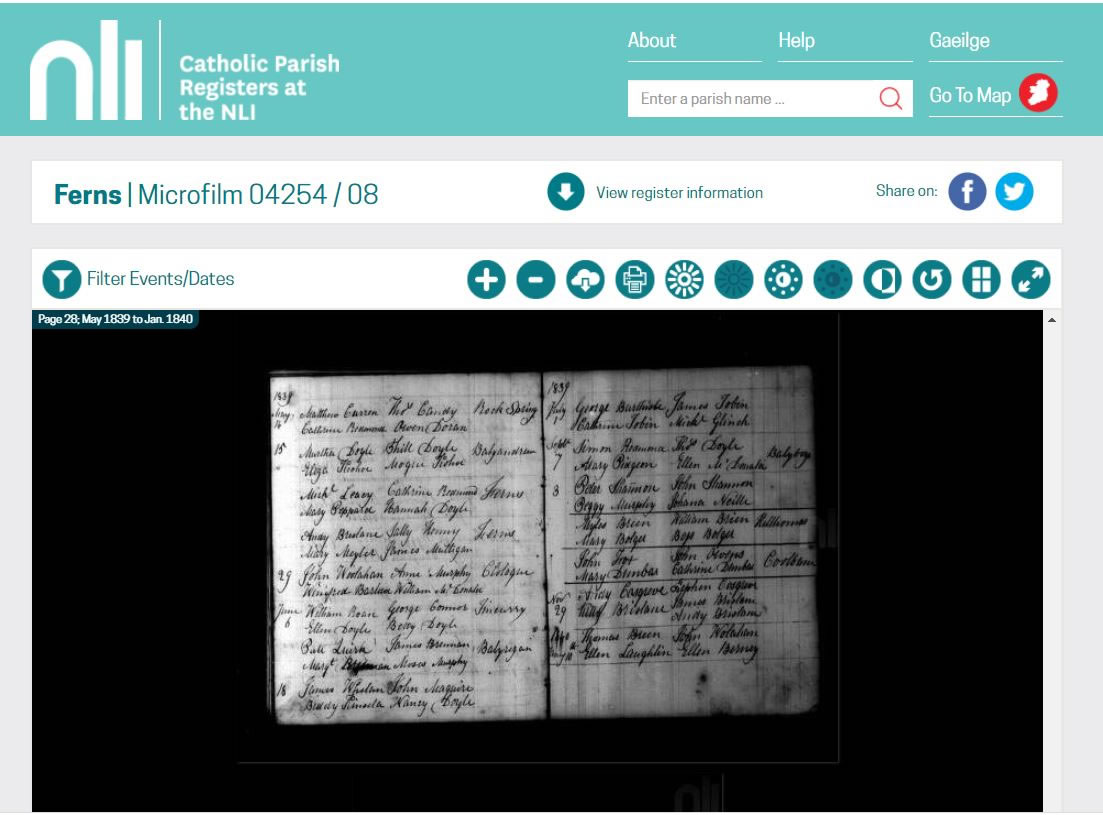 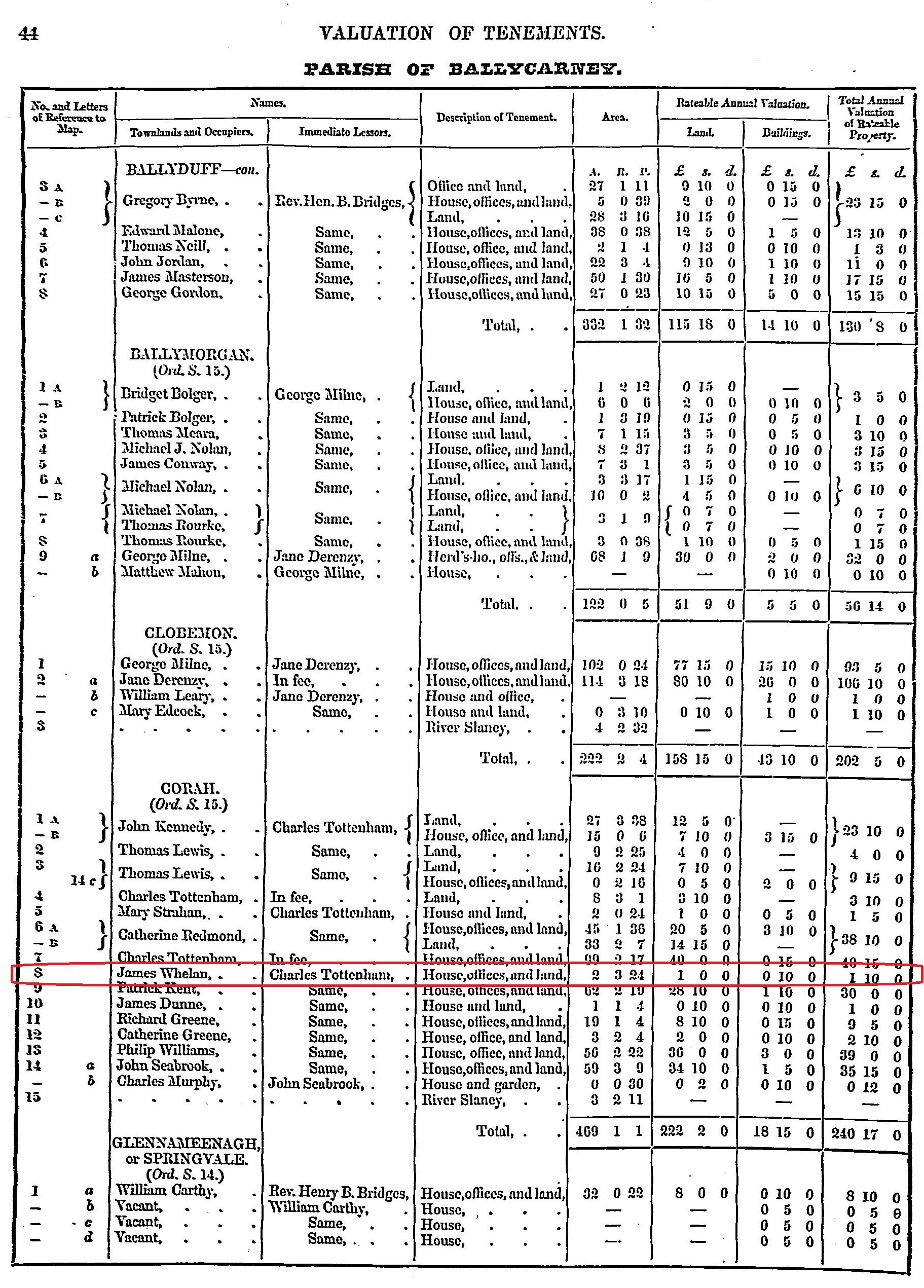 Griffiths Valuation of Ireland 1853 on TheGenealogist

TheGenealogist has embarked on a program of adding Irish Parish Records and Wills to its collections that already offer its subscribers a wealth of family history records to search. These include English and Welsh Birth, Marriage, Death records, English, Welsh and Scottish Census records and significant collections of Parish and Nonconformist records, Landowner and Occupational records for England, Wales and Ireland, Will Records, Military records, Occupations, Trade & Residential Directories, Newspaper record collections and many others. TheGenealogist's innovative SmartSearch technology links records together to help you find your ancestors more easily.