The latest area of London to be released in the Lloyd George Domesday Survey of 1910 - 1915 is for the streets of Westminster. In a district synonymous with the seat of power, its properties attracted more than its fair share of the important from the time. Listed by their titles instead of their names, are the First Lord of The Treasury (Prime Minister) and the Chancellor of the Exchequer in Downing Street. The records show that Westminster was also favoured by many Dukes, Earls, Marquises, Knights and Honorables for its townhouses in its more fashionable streets. While not as numerous as in other areas, there are still ordinary people found living in some of these streets - there are shopkeepers, publicans and other small businesspeople.

There are a number of MPs with houses in the locality and one interesting example is the MP for the actual area of Westminster, William Burdett-Coutts. By this time he was a widower, but until a few years earlier he had been the much younger husband of Lady Angela Burdett-Coutts, a rich heiress who was a Baroness in her own right. In these records he is found still living in her house 1 Stratton Street off Piccadilly.

William Burdett-Coutts's parliamentary constituency would actually be abolished in the election at the end of WWI in 1918, but he would stand for and gain the newly created seat of Westminster Abbey that same year. The road in which they lived was a very upmarket street that ran down the side of Devonshire House, the London home of the Dukes of Devonshire. Devonshire House was in fact given up after the First World War by the Duke and sold to developers who had it demolished in the 1920s and replaced with flats, a hotel and a showroom.

The Valuation Office records that make up this Lloyd George Domesday Survey reveal that in the 1910-1915 survey the house W. A. Burdett-Coutts had inherited from his wife made the corner of Stratton Street and Piccadilly. The image of the original field book page shows us it was at 1 and 2 Stratton Street and 80 Piccadilly and it's not inconsiderable size was 20,820 square foot in extent. The owner, not surprisingly, is listed as W. A. Burdett-Coutts MP; but under occupier we see that he has found room for the Royal Thames Yacht Club to occupy a part of the property with him. 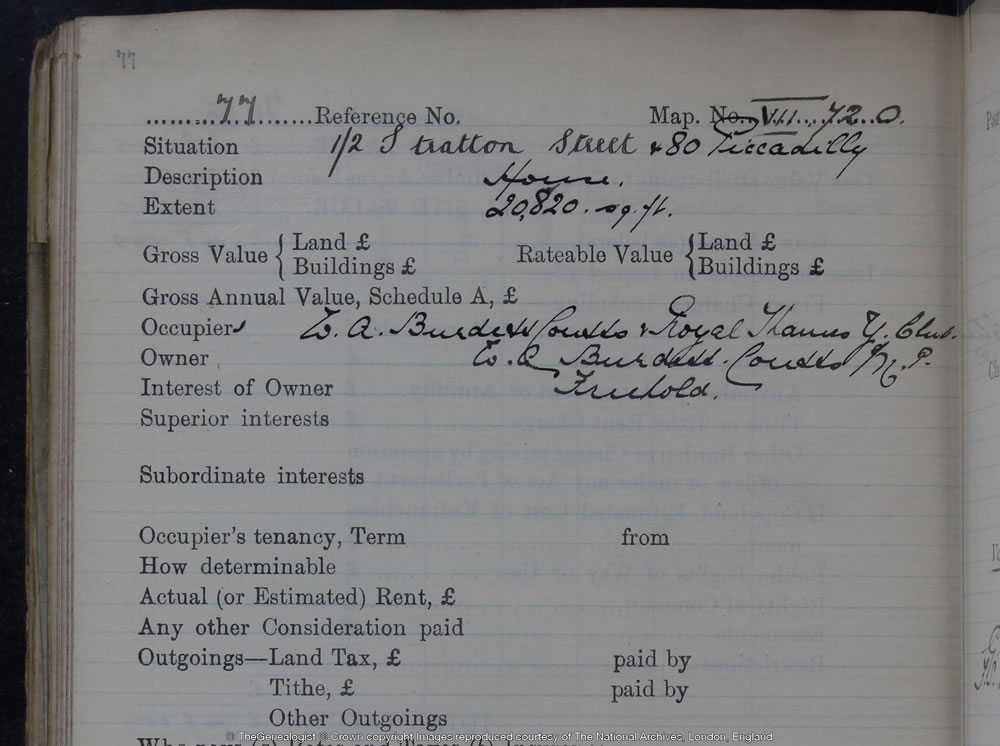 Further down the road Mr Burdett-Coutts also owned the stables at 8A Stratton Street - which were not that small either. There were 6 stalls for horses, 2 boxes, a coach house for 4 or 5 carriages, a harness room, a cellar to keep the forage and several rooms over the top for the men! 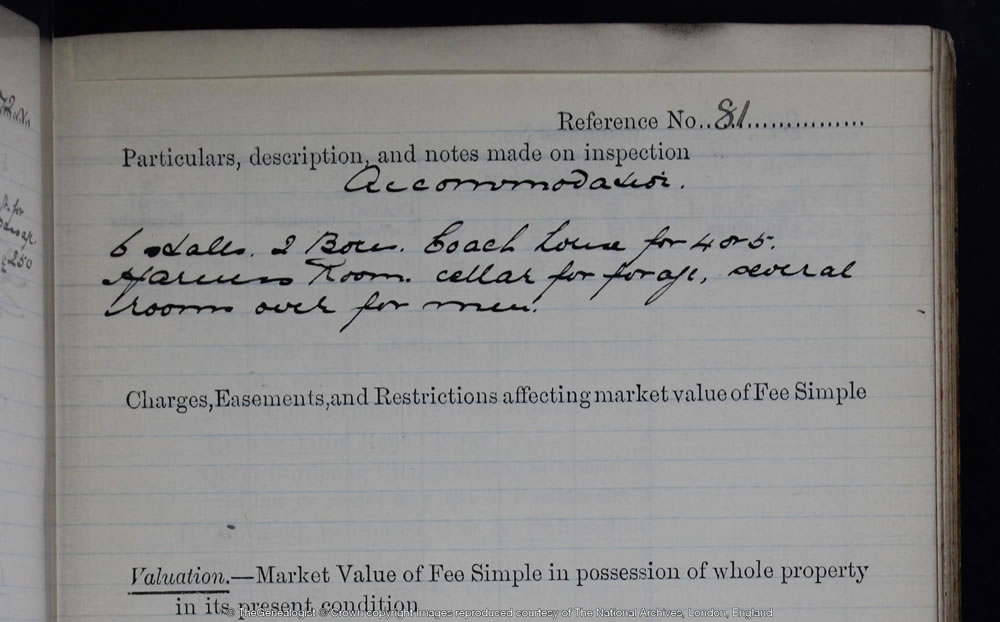 The stables at 8A Stratton Street

An excellent feature of the Lloyd George Domesday Survey collection on TheGenealogist is to be able to pinpoint on a large scale Ordnance Survey map from the period properties found in the field books. We can see the main house on the opposite side of the road from Devonshire House and the stables further up the road. 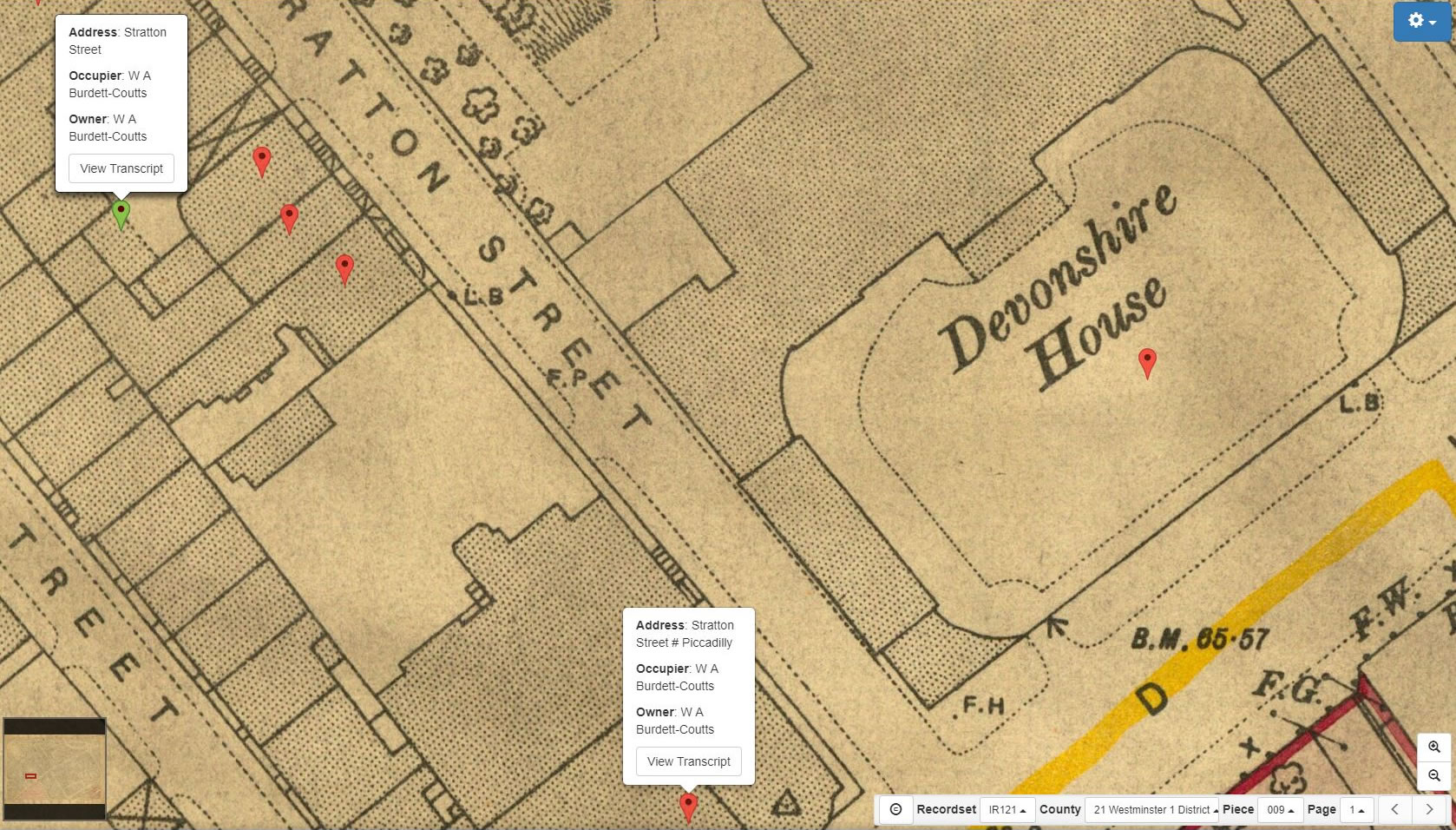 Who was this Member of Parliament, lampooned as The Baroness's Husband, and who was now living in Mayfair's splendor? In 1851 William Lehman Bartlett Burdett-Coutts had been born in New Brunswick, New Jersey as an American citizen. At the time his surname was Ashmead-Bartlett, formed out of the amalgamation of his father and mother's surnames - but on his marriage to the Baroness Burdett-Coutts he had taken her surname as his own. The MPs father, Ellis Bartlett, was from Plymouth Massachusetts but had died when his son was just a baby. The child's mother, Sophia Ashmead came from Philadelphia, though William could claim British grandparents on both sides of the family. With the death of his father the family moved to England and he grew up in this country with his education taking place at schools in Britain and then at Oxford University.

This Conservative MP for Westminster had several business interests including the Columbia Market in London and a North Sea fishing fleet. He had met his wife, the much older Baroness, when acting as her secretary and the Columbia Market had been built with her money in 1869, well before they had met. 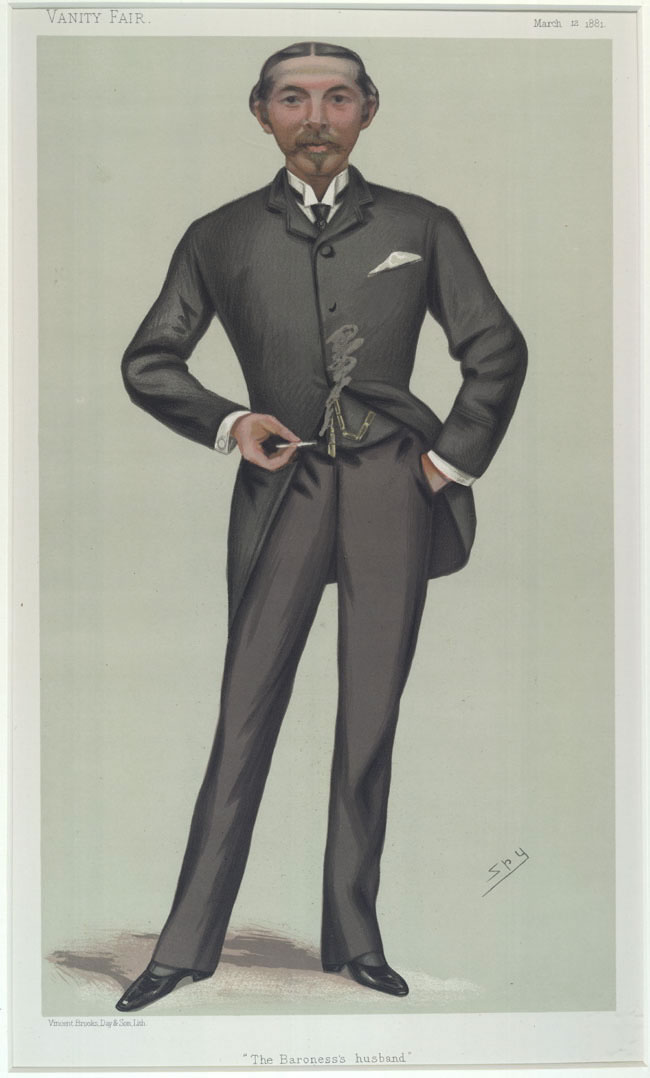 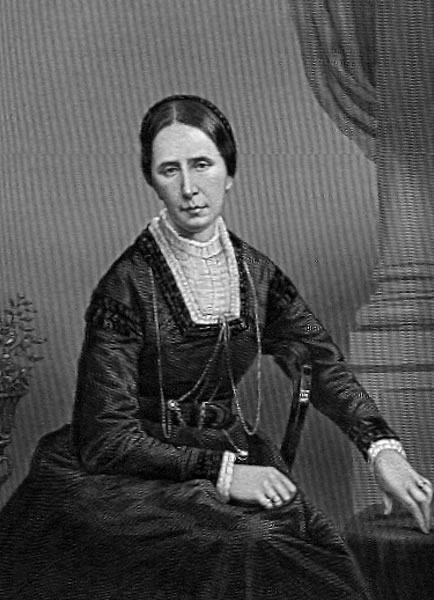 The Baroness Angela Georgina Burdett-Coutts was considered to be "the richest heiress in England" at the time that he acted as her assistant and she was a generous philanthropist. In 1871, in recognition of her philanthropic work, Queen Victoria had conferred on her a suo jure peerage. Her fortune had been inherited from her maternal step-grandmother, coming originally from the wealth of her banker grandfather, Thomas Coutts, of Coutts & Co. The marriage of a 67 heiress to her 29 year old secretary in 1881 caused many raised eyebrows, but this was not the only consequences of the union. The Baroness's sister, Clara, was horrified by the choice of husband that her sister had made. There had been a clause in their step-grandmother's will that forbid Angela from marrying a foreign national. The groom's birth in the U.S.A allowed Clara to now have it triggered and so three-fifths of the Baroness's income from the trust would now go to her sister instead. Despite Clara considering William to be so inappropriate as a brother-in-law, the marriage would last for 25 years until the Baroness's death in 1906 at Stratton Street.

While the MP sat in the House of Commons from 1885 to his own death in 1921, the Baroness had died 15 years earlier on 30 December 1906 of acute bronchitis aged 92. In her life she had donated millions to good cause and her husband, inheriting her estate including the house, continued to carry on much of her philanthropic work. The Baroness had been a co-founder of the London Society for the Prevention of Cruelty to Children in 1884 (which became the NSPCC in 1889) and was also a supporter of the Royal Society for the Prevention of Cruelty to Animals. Her good works saw her develop social housing and her support of the missionary and nursing efforts meant that she was an associate of the most famous nurse of all time - Miss Florence Nightingale.

The Lady with the Lamp's home in Mayfair

By the time of the Lloyd George Domesday Survey, Florence Nightingale was an elderly lady aged 90 and living in her house at 10 South Street, Mayfair. 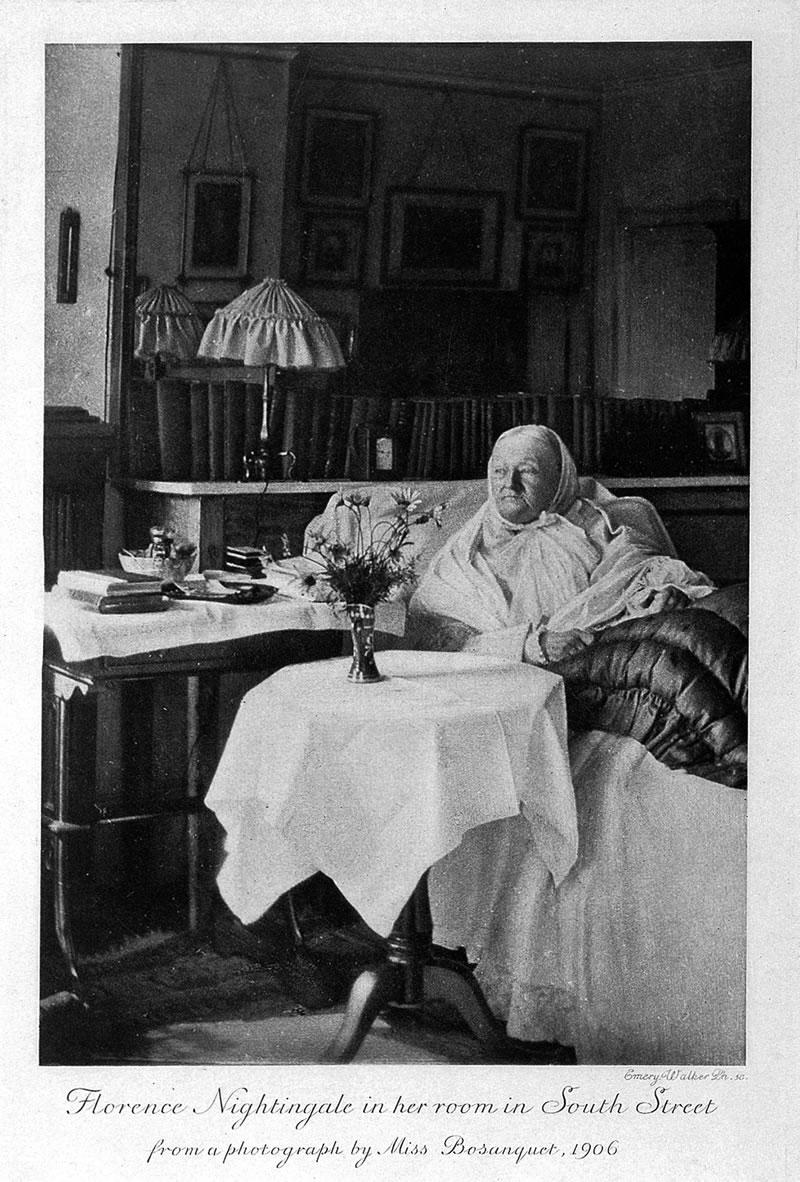 The house is no longer standing, though there is a blue plaque on the buildings that are there today. By using the Lloyd George Survey records on TheGenealogist we can locate South Street as being off Park Lane. Only 1700 square foot in comparison to the Burdett-Coutts 20,820 it nonetheless was well placed off Park Lane. 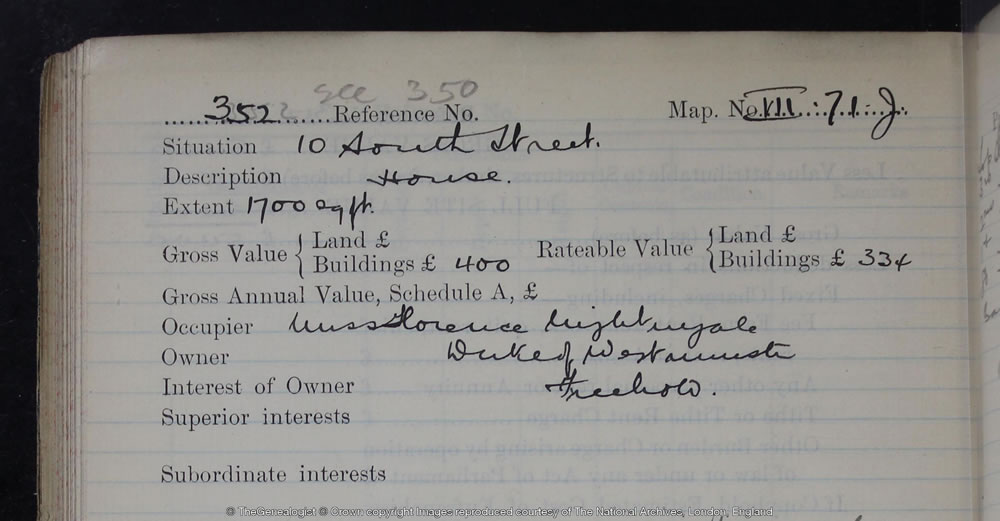 We can tell from the description in the field book that 10 South Street was a tall house with 5 storeys and a basement. The top floor had three bedrooms and a box room. The next level down was the third floor with two bedrooms and separate stairs to a bathroom on the floor above. The best bedroom and bath dressing room was on the second floor, with the drawing room and boudoir on the first floor. The ground floor, we can read, had a good entrance hall and a dining room while the kitchen, scullery, servants hall and butler's pantry were all housed in the basement.

Florence Nightingale, while often bedridden in later life due to the recurrence of an illness caught while nursing in the Crimean War, was still active in social reform. Her lasting contribution to the world was her role in the founding of the modern nursing profession. Even when bedridden she continued to carry out pioneering work in the field of hospital planning. Her ideas for nursing and patient care would become the standard in Britain and across the world.

The decade starting in 1910 was a time of social change. The Lloyd George Domesday Survey was an attempt by central government to value the land and property of the nation and collect details of owners and occupiers. This was so that on the sale of any land a new tax could be gathered to pay for the new social provisions of the People's Budget of 1909/1910. These records are wonderful to use to find details of ancestral homes and where they were located. This is especially useful when the property or the road is no longer in existence after a century of wars, developers and city planning.