Anne Reid - Who Do You Think You Are?

An ancestor in exile...

Anne Reid, MBE, the BAFTA Award-nominated English stage, film and television actress from Newcastle upon Tyne, is one of the stars in this year's Who Do You Think You Are? television programme. Born in 1935 she is the daughter of Colin Norman Reid and Annie Eliza Reid and her birth is recorded in the civil registration records of the General Register Office. Selecting Births & Baptisms from the Master Search on TheGenealogist we are able to find her birth record in the District of Newcastle Upon Tyne and see that her mother's maiden name was Weetman. 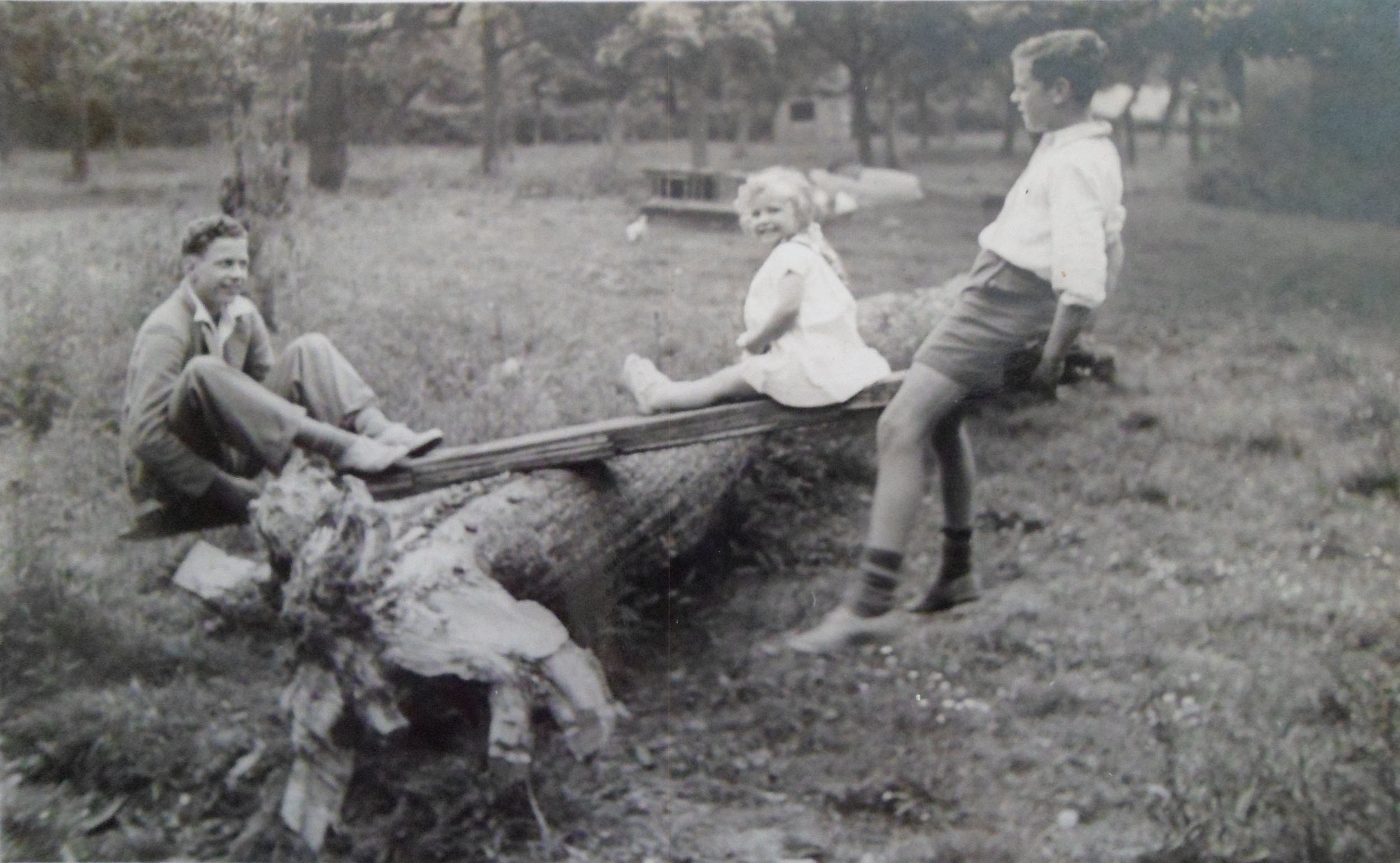 It is then a simple matter to go on and also find the marriage of her parents in the marriage index records. In this case it has, however, been made slightly more difficult by her mother's surname being mis-recorded, in the official GRO index, as Wretman. A good example, for researchers, of why we need to consider misspellings and alternatives as the official documents can, as we see here, incorporate mistakes.

Her mother, Annie Weetman, we discover was born in the Darlington district of Durham in 1896.

Anne's mother appears together with her parents in the 1911 census for Durham and that document reveals that her maternal grandmother was born in Pennsylvania, USA, though her nationality is recorded as British in this census. 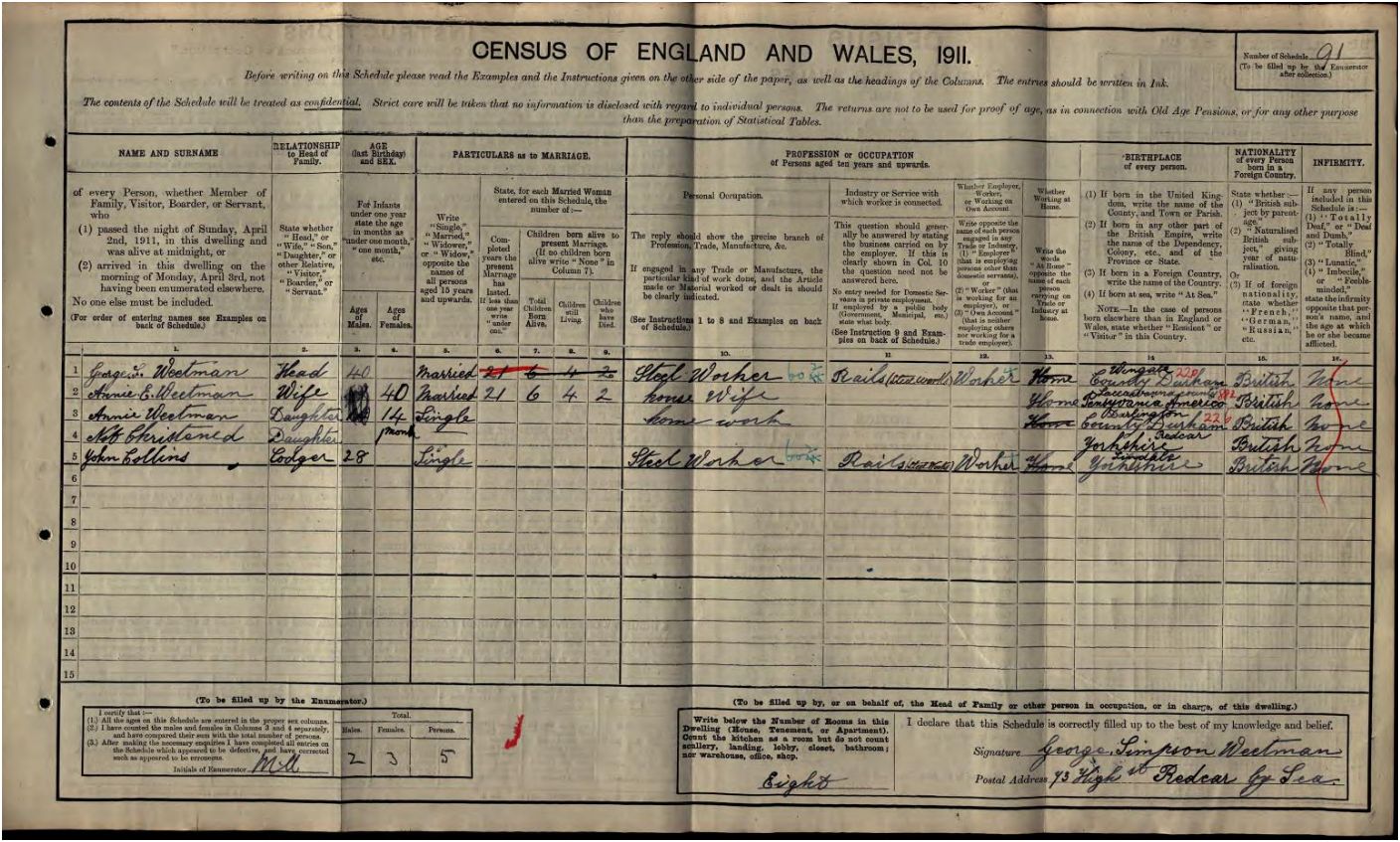 George Weetman in the 1911 Census

On the other side of the family tree, we can find from birth indexes that her father, Collin Norman Reid, was born in the Aston district of Birmingham in 1896. He was to become the Middle East correspondent for the Daily Telegraph and although born in Birmingham his family, however, were from Scotland via Liverpool with Anne's paternal grandfather being a solicitor's clerk. The 1891 census reveals that he was following in his father's footsteps in practicing this profession.

Thomas Reid in the 1891 Census

Thomas was born in Liverpool in 1870 and we have found using the records that he was to die at the young age of 36.

His father, Thomas Reid Snr, was a Scot and in the 1911 census of Liverpool he has given his place of birth as Logie in Fife. 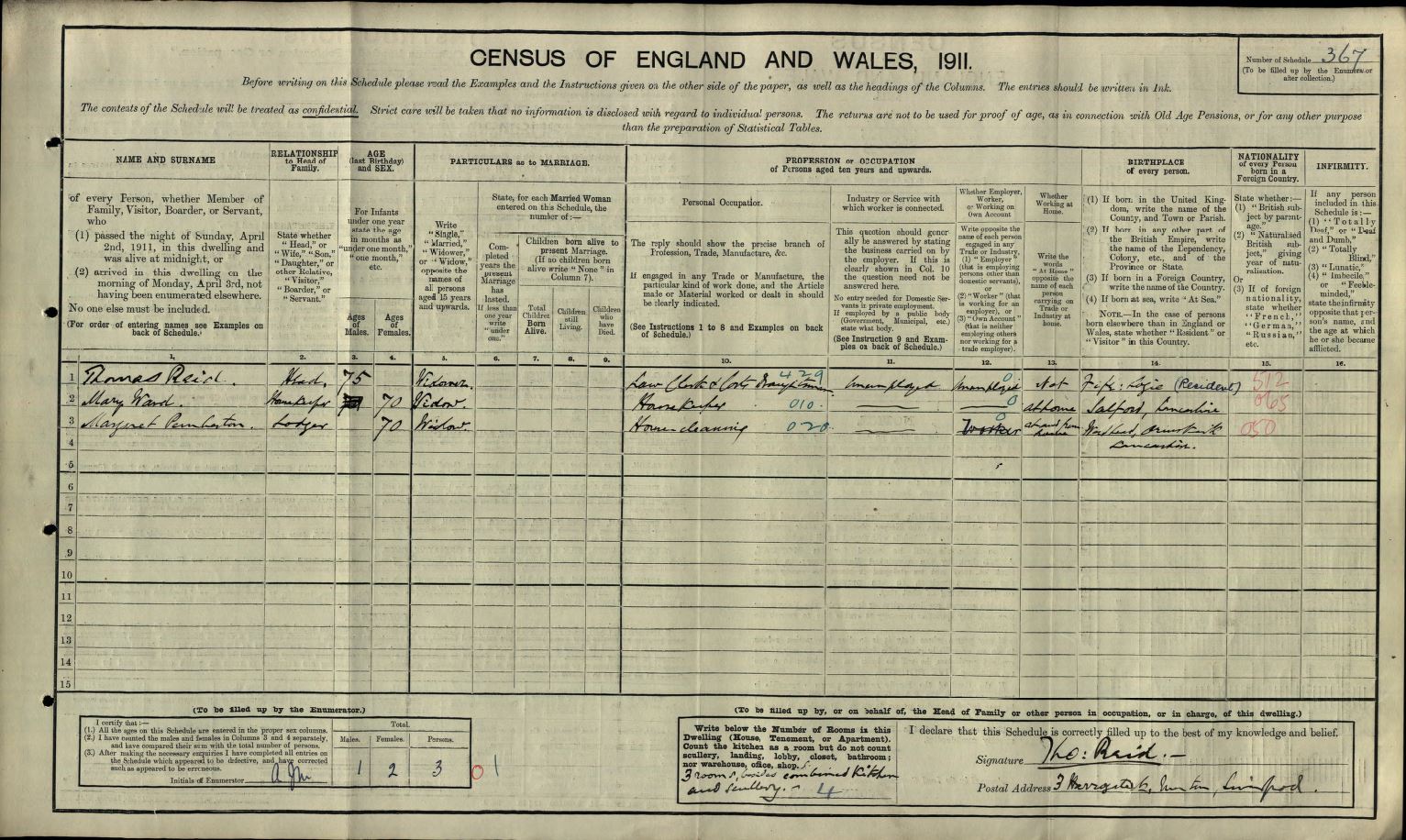 Thomas Reid Snr in the 1911 Census

Further research in the church records of Scotland, reveals that Thomas Reid Snr was born on the 24th July 1835 and christened in the parish of Logie on the 21st August 1835. His parents were John Reid and Margaret Husband. Thomas Reid would go on to honour his mother's family by including her surname as one of his son's middle names and so it was that Anne's grandfather was called Thomas David Husband Reid. This is fascinating, considering the fact that John Reid ruined any relationship that he may have had with his father-in-law, David Husband by an act of criminal foolishness.

John Reid, research has discovered, was a schoolmaster in a Scottish village. The married father of two who, stories tell, enjoyed a drink also managed to rack up a stack of debts. He was accused several times by his employers, the Kirk authorities, of neglecting his duties as their schoolmaster. Then, in a rash move, John Reid decided to take out a loan that he secured with the forged signature of his well-respected father-in-law, David Husband. When his wife's father found out about it he was furious and John was prosecuted for fraud in Edinburgh, being convicted in the January of 1842. Found guilty, John Reid was sentenced to 7 years transportation beyond the seas to Tasmania. At first he was held on a prison hulk on the Thames until the autumn of 1842 when he set sail on the convict ship Earl Grey bound for Hobart.

On arrival in the penal colony he was to spend the first two years doing hard labour building the Convicts Road from Buckland to Prosser's Bay. When the two years were up he was able to obtain a pass that allowed him to work for a settler in Iron Creek and then by 1849 he can be discovered in the convict Ledger Returns on TheGenealogist as having obtained his freedom.

As with many sentenced to transportation, even though he was released early, he was destined to stay in the colony and never return to see his family. After eleven years of freedom in Tasmania, however, John Reid was to die out there, exiled on the other side of the world.

From her newspaper correspondent father, to solicitors clerks, all seemed reassuringly conventional in this celebrity's family tree. That was until researchers traced back to her Scottish schoolteacher ancestor, John Reid. It was somewhat shocking for Anne Reid to discover that he was convicted in a court of law and then sent to Tasmania for 7 years.