Hang or Be Hanged: The "Finisher of the Law" 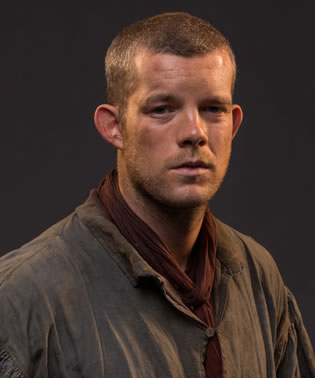 The BBC TV programme Banished, that is set in the penal colony of New South Wales in 1788, has dramatized the brutal lives of the convicts that the British Courts "Sentenced to be transported to parts beyond the Seas" and the men sent out to guard them.

While the series is a work of fiction by well known screen writer Jimmy McGovern, and many of the characters are fabricated for the benefit of the story, some roles appear to be based on real people who were convicts transported to Australia in the First Fleet.

TheGenealogist has discovered that James Freeman, played by Russell Tovey in the drama, appears in the lists of convicts transported that can easily be searched on this website. Freeman's real story is fascinating, if a bit gruesome.

Within the extensive genealogical records on TheGenealogist site, is the marriage in Hertfordshire of the parents of this particular James Freeman. John Freeman and Susannah Tophill are found within the digitized pages of a transcript of Rickmansworth Marriages for 25 October 1756.

Their son was only a teenager when he he robbed a man on the highway of 12 shillings and was caught and brought before the Hertfordshire assizes. Held firstly at St Albans Gaol the court convicted him of the crime and passed the death sentence on the 16 year old. This punishment was then commuted to one of being transported, and after a period in Hertfordshire's gaol, he was conveyed to the prison hulk Ceres which lay off Woolwich on the Thames, to await transportation to New South Wales.

Britain had, at one time, sent its convicts to America. With the American colonists achieving independence as the United States, the British began looking elsewhere to send their problematic convicts. On the 13th May 1787 eleven ships left Britain for the long journey south west to Rio de Janeiro, in South America, before heading east to Cape Town, in Africa, and then into the southern ocean.

The first fleet was made up of two Royal Navy ships, three store ships and six convict ships, including the Alexander, the largest of the transport ships. It was on board this particular vessel that James Freeman was being conveyed to the new penal settlement, arriving in January 1788.

Note: the remainder of this article may contain spoilers for the BBC series 'Banished'.

We can find the young convict by looking in the Criminal records on TheGenealogist. 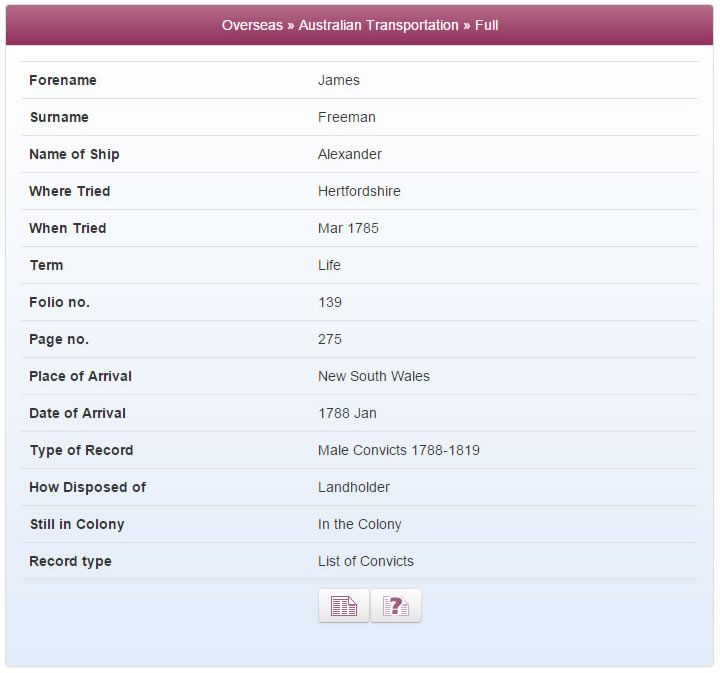 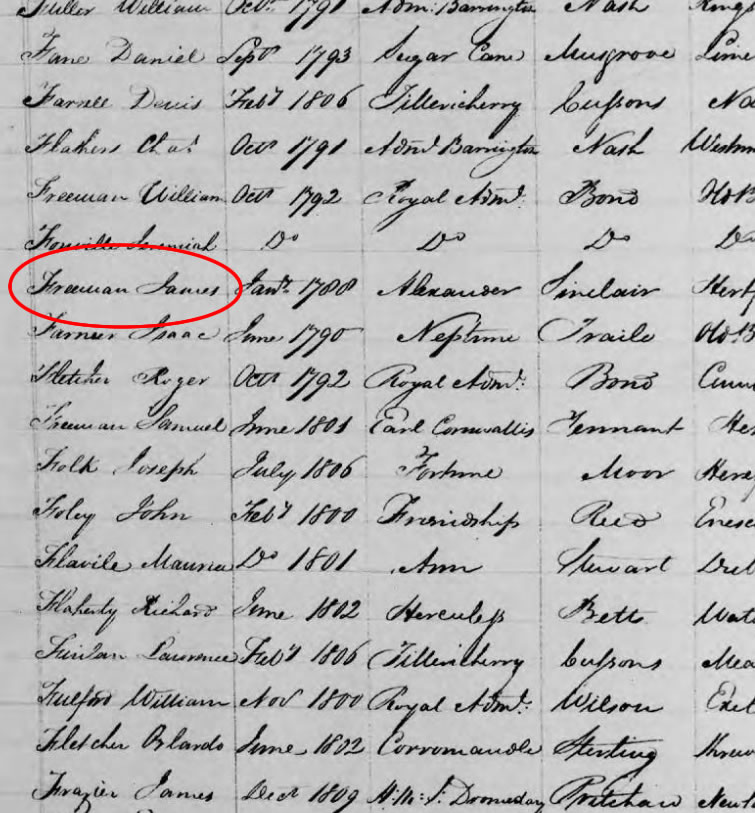 On arrival the convicts were made to work hard and food was limited in the new territory. It was the 29th February 1788 when James Freeman and another prisoner were caught and faced the fledgling colony's criminal court of military officers. Both men were found guilty as charged and they were then sentenced to be executed. The court went on that day to try another case where three more men were accused of stealing. This time it was eighteen bottles of wine, and two of the convicts were found guilty and sentenced to death, along with James and his associate, while one convict was acquitted of taking the wine.

Just the previous day on the 27th February 1788, New South Wales had hanged its first convict, Thomas Barrett. This man had been convicted of stealing, and his execution before his fellow prisoners was a gruesome affair, as he took some time to die.

We can also find Thomas Barrett's transportation record on TheGenealogist and see that he was sent out on the Charlotte, another ship of the First Fleet.

Reports show that Thomas Barrett had previously been on a transportation ship to America and involved in the mutiny onboard. When caught he was shown mercy for saving a crew member and sentenced again to transportation and dispatched, this time, with the first batch of convicts to New South Wales.

With what had happened to Thomas Barrett fresh in everyone's mind, James Freeman, facing the noose along with the others, was perhaps hoping that his dispatch would not be botched. With the execution procedures well in hand, the Marines mustered, the convicts paraded to witness the sentence being carried out, and the condemned stood before the tree to be used.

An account by John White, Chief medical officer of the First Fleet, tells of the strange affairs of that day: "But while under the ladder, with the rope about his neck, he [Freeman] was offered a free pardon as condition of performing the duty of the common executioner as long as he remained in this country, which after some little pause, he reluctantly accepted."

Once Freeman had agreed to the odious task at hand, David Collins the Judge Advocate, ordered the reprieve of the other three prisoners and had them chained indefinitely to a rocky islet in Sydney Harbour.

As part of his commuted sentence, James Freeman was to be put under pressure time and time again as on each occasion that a person was condemned to death his task was to be the "finisher of the law". With every death sentence his contract meant that he had to hang the condemned, or be hanged himself!

When his sentence had finally been served he was emancipated, as can be seen in this last record found on TheGenealogist. He could never, however, leave the colony and died a pauper there in 1840, having been in Australia for forty two years. 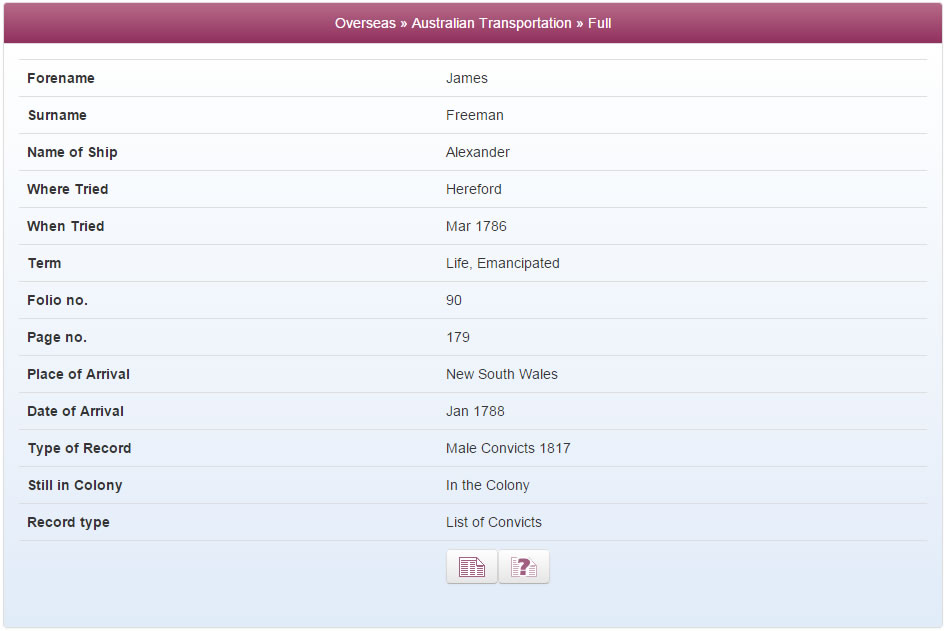 Diamond subscribers of TheGenealogist can look for their criminal ancestors by searching Court & Criminal records on the site.