TheGenealogist.co.uk has released complete new records of Non Commissioned Officer's and Other Ranks who were awarded the Distinguished Conduct Medal in The First World War and The Second Boer War. Uniquely these new records show details of the Recipients Medal Card combined with a link to The London Gazette which contains full details of the heroic deed that won them the medal.

From capturing enemy machine gun posts and keeping telephone lines intact under fire, to discovering important enemy documents valuable to the war effort, the Distinguished Conduct Medal was an award of great significance during the heat of battle.

The Distinguished Conduct Medal (or DCM) was a medal awarded for exceptional bravery. It was awarded to Non Commissioned Officers and Men, and was instituted in 1854 during The Crimean War to recognise gallantry. 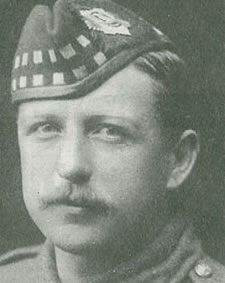 The DCM Collection on TheGenealogist covers those medal recipients in the Second Boer War and The First World War covering the years from 1898 to 1902 and 1914 through to 1923. The records offer a full name, service number, rank and regiment with the date the medal was awarded. There is a link to a copy of the image of the original medal card and uniquely there is a link to the listing in the London Gazette. The Gazette is the one of the official journals of the British Government and can be classed as one of the oldest surviving English newspapers.

The new records have unearthed some fascinating discoveries of medal recipients...

Lance Corporal Joseph Thomas of Aberystwyth was a professional soldier in the 2nd Battalion, Royal Scots. A soldier who fought with great personal courage, he was awarded the Distinguished Conduct Medal at Hooge, Belgium in September 1915. According to local newspapers at the time, his award 'prompted great celebrations in the town of Aberystwyth'.

Joseph Thomas received a promotion to Sergeant and in May 1917 his battalion, the 12th Royal Scots, was fighting around Arras and taking heavy losses. Again acting courageously, Joseph Thomas was wounded twice on the battlefield before succumbing to his wounds. 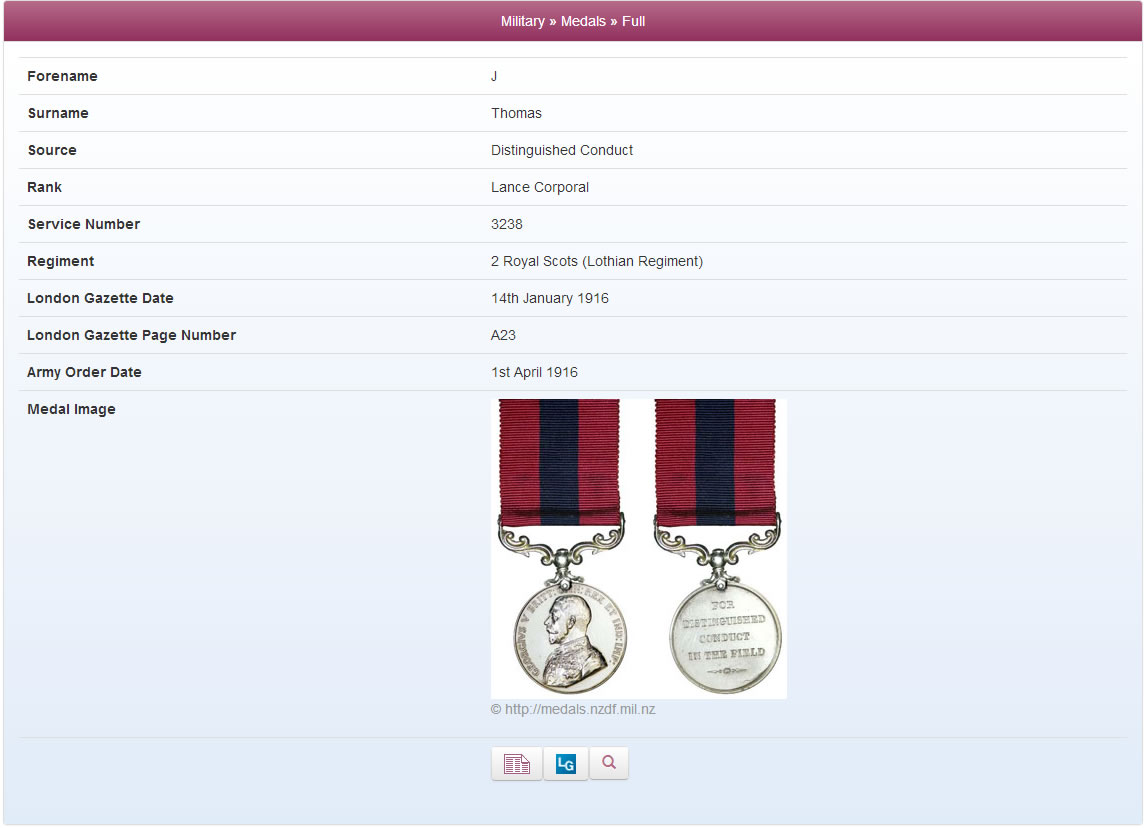 One mouse click gives you full details from the citation in the London Gazette of how the medal was awarded.

Sergeant John William Russell joined The Royal Engineers (Signals Service) as a Pioneer in 1914 and was promoted to Sergeant by 2 March 1915. He was 'Mentioned in Despatches' on 1 Jan 1916. He received his DCM in the King's Birthday Honours gazetted on 21 July 1916. One click gives us further details: "For conspicuous and consistent good work on his system of telephone lines. He has shown tireless energy and resource, besides great gallantry, under fire." Sergeant Russell later fought in the major battles of Arras and Passchendaele, winning a Military Medal and a promotion to Second Lieutenant. 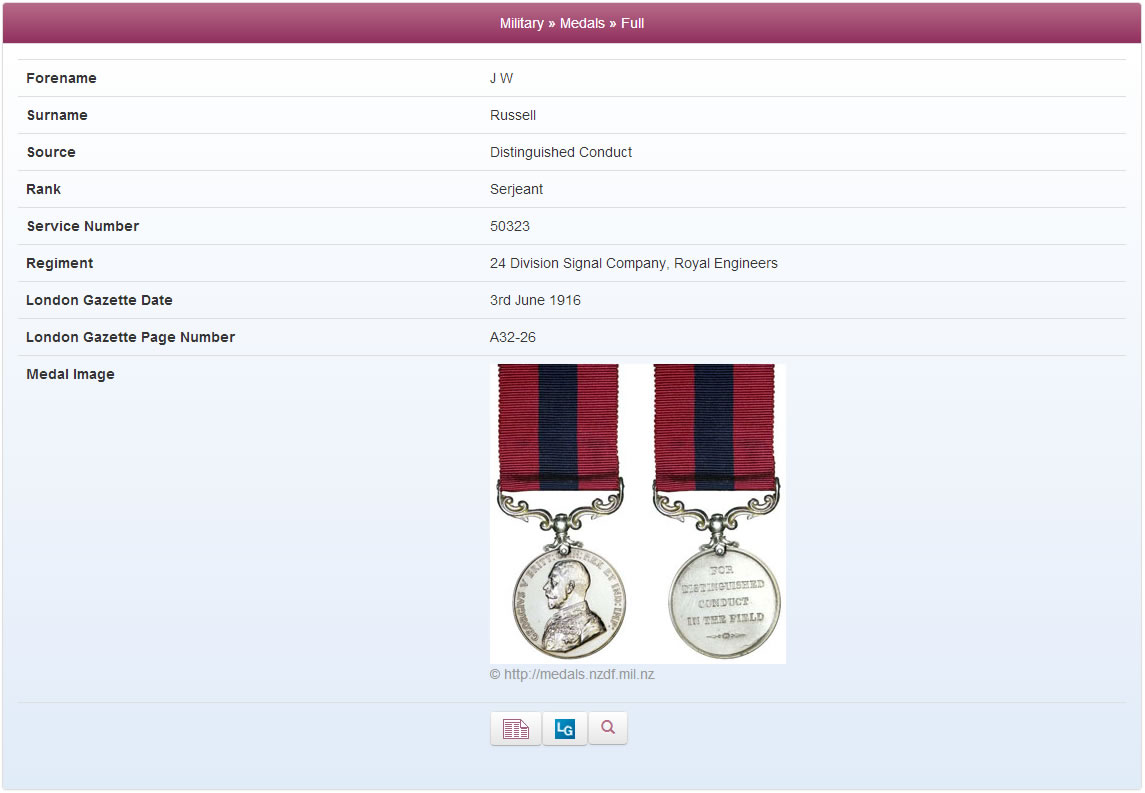 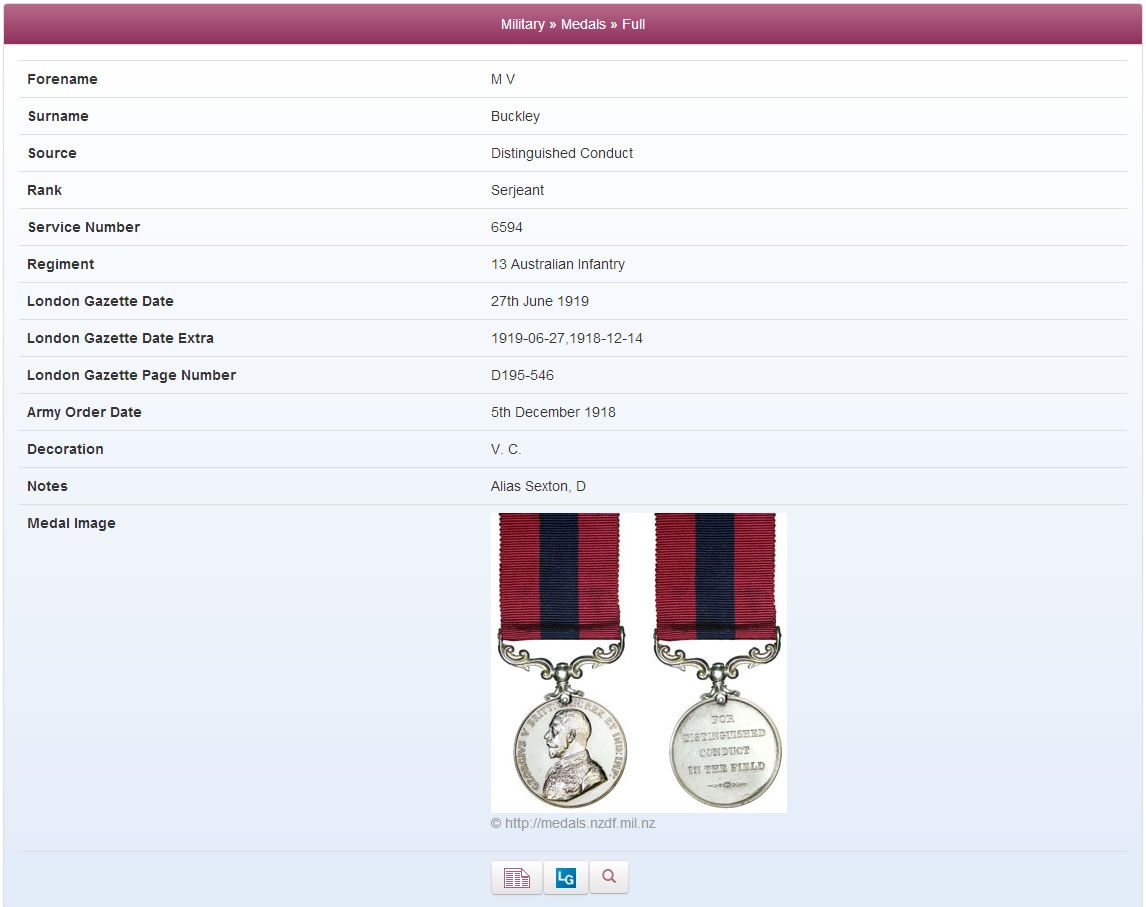 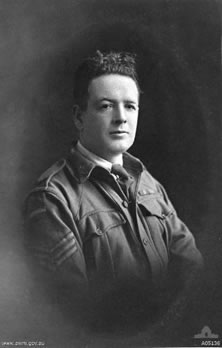 Although initially discharged from his regiment as a deserter in 1915, he was awarded the DCM and Victoria Cross for his actions on 18 September 1918, at Le Verguier near St. Quentin. His unit was advancing under cover of a creeping barrage but was held up by German machine gun posts. Buckley attacked them with his Lewis gun section and captured 30 German prisoners of war. When the advance was again held up by machine-gun fire, Sergeant Buckley, supported by another platoon, put the enemy guns out of action. Later, he again showed conspicuous initiative in capturing hostile posts and machine-guns.  According to the citation, he was "to the fore dealing with enemy machine-guns, rushing enemy posts, and performing great feats of bravery and endurance without faltering or for a moment taking cover".

The story is all the more remarkable considering Maurice was originally discharged from the Australian 13th Light Horse Regiment in September 1915 and classed as a deserter.  He re-joined the army under the assumed name Gerald Sexton in May 1916, in the 13th Australian Infantry. He took his brother's first name and his mother's maiden name and was awarded his medal for outstanding bravery under his 'new name'.

"With our military record releases in 2014, we are aiming to cover all aspects of The First World War. As well as Prisoners of War and Casualty Records, we cannot but admire those many brave servicemen that performed outstanding acts of gallantry. Even more medal recipient releases are to follow as we further expand our First World War Military record collection this year."

To find out the extreme bravery of our soldiers and their courage in the line of duty see the dedicated page on www.TheGenealogist.co.uk/DCM. There you will find photographs, stories, statistics and a free search facility.