Annie Lennox - Who Do You Think You Are?

Fighting hard to survive in the impoverished areas of Scotland's emerging industrial cities.

Annie Lennox joins the ranks of celebrities this week to take the emotional journey through their family's past on 'Who Do You Think You Are?'

Annie was born on Christmas Day 1954 in Summerfield hospital to boiler maker Thomas Lennox and his wife Dorothy. The family lived in a small, two room flat sharing laundry facilities with other residents, but despite this Annie was given piano lesson from the age of 7 and her passion for music began. She attended Aberdeen High School for Girls before winning a place at the Royal Academy of Music in London in the 1970's, studying the Flute and classical music. Annie supported herself through her studies working in many part-time jobs as a waitress, barmaid and shop assistant.

Her first taste of musical success came in 1964, at the age of 9, when she came second in a talent contest at a Butlins holiday camp. In the 1970's she met Dave Stewart, and with three others they formed their first band 'The Tourists'. The band had initial success but disbanded in 1981, so Annie and Dave reformed as the 'Eurythmics' and ultimately became international superstars.

Annie used her celebrity status to raise money and awareness for HIV charities in Africa and was awarded an OBE in 2011. After going solo in the 1990's, Annie's musical talent was recognised with a total of eight Brit Awards and four Grammy Awards. She also received a Golden Globe and an Academy Award for the song 'Into the West' which featured on the soundtrack of 'The Lord of the Rings: Return of the King'.

She has sold over 80 million records worldwide, with 'Rolling Stone' placing her in The 100 Greatest Singers of All Time, and is probably the most successful female British artist in UK music history.

Annie is a reflection of her ancestral heritage, as 'Who Do You Think Your Are?' reveals, coming from a line of strong women who fought hard to survive in the impoverished areas of Scotland's emerging industrial cities. The show focuses in particular on her paternal 2x great grandmother Jessie Fraser, who was orphaned at the age of 6, and her maternal 2x great grandmother Isabella McHardy who struggled to raise her children but avoided placing herself at the mercy of the parish poor relief.

TheGenealogist.co.uk has many records available to help you discover your own Scottish roots. Landowner Records from 1872 to 1873 are available to all Premium subscribers. These include records of all people who owned one acre or more in Scotland, with images of original pages showing name and address of owner, acreage and gross estimated rental in pounds and shillings, and contains over 300,000 records. 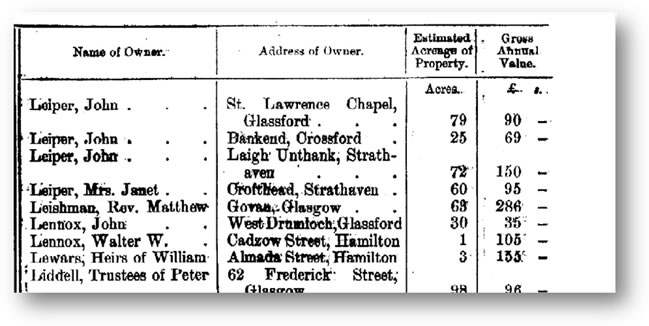 For Gold and Diamond subscribers there are Scottish Directories ranging from 1406 to 1931, and an index to Edinburgh Wills for 1601 to 1700. 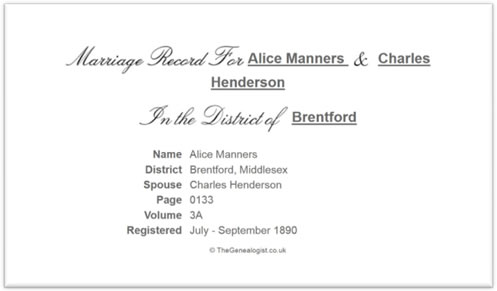 Other records available to Diamond subscribers include Parish Records, School and University records, Heraldry & Peerage, Almanachs and a sample of 1851 census records.

We also discovered an English line in Annie's family tree, as her paternal great grandmother Alice Manners was born in Slough, Buckinghamshire and married Jessie Fraser's son Charles in Ealing in 1890. The Manners family originated in Wiltshire, and the 1871 census record on TheGenealogist shows Alice's father working as a railway policeman: