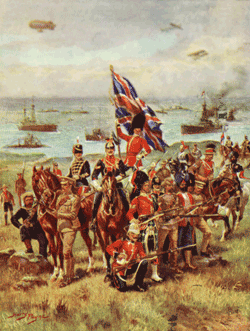 Unlimited access to our military collection. We currently have 92 Army Lists available ranging from 1661 to 1940 and 28 Navy Lists ranging from 1689 to 1944. Army Lists can contain rank and regiment of officers, details of those stationed abroad and recipients of the Victoria Cross.

Also provides unlimited access to our Overseas BMD Index, which covers the births, marriages and deaths of British Service Personnel throughout the world.

World War Records - RG32 and RG34 are part of the non-conformist and non-parochial BMD Registers collection. You can access these either from the 'Birth, Marriage and Death' section under 'BMD Registers' or through the 'Non-Conformist and Non-Parochial Records' link also on the Research View page.

RG32 is 'Registers Abroad and on British & Foreign Ships, 1831-1969'. These records include notifications during the Second World War period of deaths of members of the British armed services, prisoners of war, civilians, internees and deaths through aircraft lost in flight. Also included are deaths and executions of persons in Japanese and German prison internment camps.

RG34 is 'Miscellaneous Foreign Marriage Returns, 1826-1921', but also includes marriages between British soldiers in France, Flanders and Holland during and after the First World War, including many who had been prisoners of war.

Online access to our Roll of Honour Records. Contains Roll of Honour records for British Servicemen who participated in the Great War and the Second World War. Records can include detailed biographies with portraits and information on birth date, birth place, father's name, education, career, and circumstances of death.