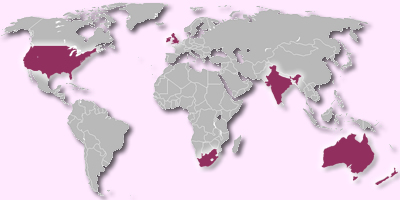 We have also added directories, almanachs, pedigree and roll of honour records for the Channel Isles.

Almanachs are annual publications containing data and statistics for the area. Many of these also include residential and business listings, similar to those found in directories.

Bristol and America, A record of the first settlers in the colonies of north america. 1654-1685

Report of the Keeper Georgia Penitentiary 1871

The Financial Red Book of America 1905

Online access to Convict Transportation Registers 1787-1867. Includes details of convicts transported to Australia during the 18th and 19th centuries. The records mainly include those convicted in England, Wales and Scotland, but also include a small number of Irish convicts, and soldiers who had been court-martialed and sentenced to transportation. These 'soldier convicts' may have been convicted in various British colonies, including the West Indies, Canada, India, and Pakistan.

1857 The Rise and Progress of Australia, Tasmania, and New Zealand

1883 Official Directory and Almanac of Australia

Johns's Notable Austalians and Who is Who in Australasia 1908

The Victorian Municipal Directory and Gazetteer, 1886

Yewen's Directory of the Landholders of New South Wales, Australia 1898

War Graves of the British Empire, Cemeteries in Bombay India 1-17

A Short View of the Peerage of Ireland, 1759

Intermediate Education Board for Ireland, Exhibition and Prize Lists, 1889

Intermediate Education Board for Ireland, Exhibition and Prize Lists, 1890

The Report Of The President Of Queen's College Belfast 1896-1897

Who's Who and Industrial Directory of the Irish Free State 1935

University of Leyden, List of English speaking Students of Medicine, 1932

Containing records of over 13,000 early settlers of New Zealand. Title, forename, surname, date of birth and date of death are provided for the individual, both for settlers and those subsequently born in New Zealand. The vessel and first place of residence are provided about the settlement. (All information where available) The settlers, often know as Pakeha settlers, braved the three month sea journey crossing to travel to New Zealand and set up a new life. Settlement increased significantly from 1837 onwards, in most part due to the setting up of the ‘New Zealand Association’ whose purpose was the colonisation of the country. These aims were achieved through a number of ship voyages and ‘The New Zealand Land Company’ which purchased large areas of land from the Maori. The land was then used as the basis for the new settlements and sold off in parcels to those who immigrated there.

This currently contains a roll of over 4,000 Holders of the New Zealand Medal and those who were killed in action during the war of 1860-70. From the 1840's New Zealand has been protected by a number of militia and volunteer forces. These units were initially set up after pressure from settlers that the British Imperial Troops deployed from Australia, who were New Zealand's sole security force, were not capable of providing the required protection.

New Zealand, The Defenders of New Zealand and Maori History of the War

New Zealand, The History of Methodism

1406-1700 Roll of Edinburgh Burgesses and Guild-Brethren

1930 (Circa) The Official Guide to Edinburgh

Glasgow High School The Book of Service and Remembrance